The Power of Myth in Our Personal Lives

Most of us do not believe that we live in mythic times, and we look back on such times – when knights sought the Holy Grail and Icarus flew too close to the sun – through a thick haze. Why is myth relevant? Why bother? At best myth flickers in and out of modern life, making it hard to tell whether a candle is sputtering out or a flame is beginning to spark.

We might think that myths are like fairy tales, enjoyed when we are children, yet left behind when the cares of adulthood force us to face hard reality. But there is another, deeper view. The most renowned expert on myth in the recent past was Joseph Campbell, who inspired readers (and millions more viewers who saw the 1988 television documentary series The Power of Myth) to place themselves at the center of their own personal myth. A man standing on the corner waiting for the light to turn could be the hero of a quest; a woman walking her preschooler to kindergarten could be expressing the eternal feminine. Each life has mythic value.

Fulfilling Our Yearning for Meaning

Myths are the collective story of what our lives mean, and human beings cannot survive without meaning. And yet we can still ask, why bother? The mountain of irrelevance towers over myth, and the reasons aren’t secret. Science has triumphed as the correct way to face reality. Facts are stronger than fairy tales. The imagination cannot rival reason when it comes to making important decisions and facing new challenges. The struggle to establish science on objective findings views subjectivity as the enemy.

The world “in here” is dreamy and unreliable compared to the world of energy and matter “out there.” In the face of wholesale rejection, the best tactic is to co-opt our opponents and join the farseeing thinkers who declare that there is no split between “in here” and “out there.” Reality is whole. The only issue is how you choose to explore it.

Undeniably, all of us explore reality through personal experience. Our lives are occupied trying to make sense of reality, and at the heart we cannot help but follow our deep yearnings. To love and be loved fulfills one yearning, but there are others. We yearn to belong, to bond, to be safe, to feel worthwhile, to create, to express ourselves, to know the truth about God. Myth assures us that human beings have been following the same yearnings since the beginning of recorded history.

Our Life Is a Mythic Quest

What makes the mythic journey more relevant today than ever before is the hole in our lives, the void created by gazing on a universe ruled by random chance, where human existence is barely a speck in the vastness of space and time. As physics pursues its own Holy Grail, the so-called Theory of Everything that will unite the fundamental forces in Nature, it has side-stepped a Theory of Me, which would be invaluable to the doubting, seeking, confused individual.

And yet again we can ask Why bother? Why should myth fill our yearning instead of other avenues, such as organized religion? Pinning your hopes on the hero’s quest isn’t automatically better than pinning your hopes on faith in God. The only reliable guide is true knowledge. Faith is what we hope to be true, which isn’t the same. What myth gets at is true knowledge of the self. The self is the ultimate mystery, because no matter where you grab hold, it shifts, expands, evolves, evaporates, and leaks off into the shadows down below and the light up above. If myth accomplishes only one thing, it is to expose human beings as multidimensional creatures.

Truth is a word shot full of holes by skepticism. Myth lays claim to truth anyway, not because your life, and mine, is like a quest but because it is a quest. We want to write our own story, to be its author, not to be the pawn of fate, chance, or even God or the gods. No one volunteers to be insignificant. No one yearns to be powerless and without purpose. The self craves one thing: to express its potential. Looking outside ourselves, we confront limited possibilities; looking inside, the possibilities expand as far as the mind can see. From hidden, invisible possibilities, people create their life story, amalgamated from vision, dream, fear, hope, belief, desire, and expectation. It’s an unstable mixture, and there are no fixed formulas for success.

Reality Is a Mirror

When people shrug off myth (as they might shrug off art, philosophy, or spirituality) because it’s too soft to be useful in a hard world, they have turned things upside down. Hard reality is fixed, resistant, unyielding, and full of obstacles. We can’t penetrate it; we can only adapt to it, and probably surrender in the end. Soft reality is flexible, always changing, shaped by desire, and ruled by the mind. Soft reality is more real than hard reality. It is dynamic; it lives and grows. It takes us closer to the source, the womb of creation.

Myth explains how soft reality works. It unfolds the mystery touched upon by noted physicist Freeman Dyson when he said, “I have found a universe growing without limit in richness and complexity, a universe of life surviving forever and making itself known to its neighbors across unimaginable gulfs of space and time . . . life and intelligence can succeed in molding this universe of ours to their own purpose.”

There is the key: we have created a human universe. Reality is a mirror. Behind the mask of a cosmic machine whose parts can only be tinkered with, the universe is humanized. There is no other way it can exist, in fact, since nothing “out there” can be experienced except in our own consciousness.

Becoming the Author of Our Own Story

Every life story follows the trail pioneered by physicist David Bohm, among others, when he wrote, “In some sense man is a microcosm of the universe; therefore what man is, is a clue to the universe.” Exactly. This is a scientific way of affirming mythic truth. To be the author of our own story, we have to get to work. The kind of work needed is inner work first, but transformation “in here” leads to results in the outer world as well.

I hope I’ve addressed the mountain that confronts us, and why the ascent is worth making. Nothing else matters as much, since the fate of the planet depends on a collective decision. Humanity must find a way to change the narrative that currently leads to the edge of a precipice. Your art and mine is to author our own lives. 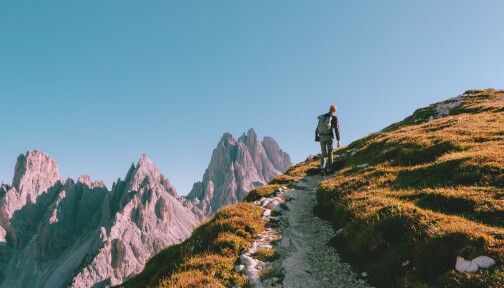 6 Pathways to Receptivity That Can Help You Learn and Grow 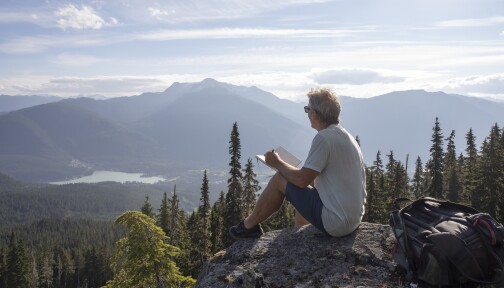 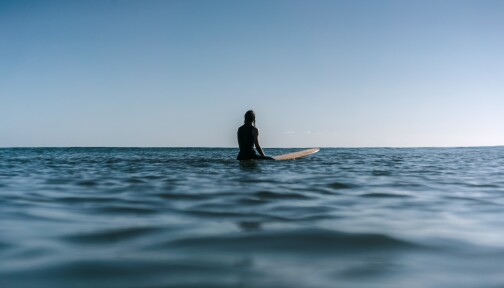