9 Powerful Mantras in Sanskrit and Gurmukhi

Have you ever gotten a song stuck in your head? You know how it repeats again and again? If you are going to have something repeating in your mind, it may as well be something that you have chosen intentionally. And how about saying something over and over again that has a positive message? Repeating ancient mantras out loud, silently in your mind, or as part of a mala meditation can be a powerful addition to your daily well-being practices.

Some of the most powerful mantras are in Sanskrit, an Indo-Aryan language that dates back to approximately 1,500–200 BCE. Sanskrit is one of the oldest languages in the world and is the language of many of India’s spiritual texts, including the Rig Veda, Sama Veda, Yajur Veda, and Atharva Veda. Other powerful mantras are in Gurmukhi, which is the script used to write the Punjabi language in India. Gurmukhi, which means “from the mouth of the guru,” was standardized by Sri Guru Angad Sahib Ji, a Sikh spiritual leader, in the 16th century. Gurmukhi is also the language of the sacred literature of the Sikhs.

Though it would be valuable and inspiring to study with devoted Sanskrit and Gurmukhi scholars, it may not be feasible or likely for you to do. In the absence of such guidance, you can rest on the assurance that part of the magic of these ancient languages is that their power does not depend on you being able to pronounce the words perfectly or read the original form; the power is in the intention behind the words and your own interpretation and experience of the sounds.

There are a variety of ways to create a personal mantra practice that is uniquely yours. A traditional practice is to chant a mantra. Vocal vibrations are powerful healing tools. Chanting, singing, and humming, especially with a group, have been scientifically shown to calm the nervous system, improve mood and regulate stress responses, and positively change the brain.

Your mantra practice could also include silently repeating a mantra during meditation, mindfully writing or drawing a mantra in its original language, writing out the translations that speak to your heart, or listening to recordings of mantra chants. In fact, listening to the tones and vibrations of the chants can be as powerful as singing them. You can easily find online sources of video and audio recordings of Sanskrit and Gurmukhi mantra chants played at various tempos and performed in different musical styles.

You can begin by exploring these nine ancient mantras to calm your nervous system, raise your energetic vibration, and honor the teachings of Eastern spiritual wisdom.

Known as the Adi Mantra, this Gurmukhi mantra is traditionally sung or chanted to invoke divine wisdom before a Kundalini Yoga practice. It is commonly translated in English as I bow to the Creative Wisdom, I bow to the Divine Teacher within. This mantra was important in the teachings of Yogi Bhajan, an Indian spiritual teacher who brought the practice of Kundalini Yoga to the West. It is used to tune in to the self-knowledge within. You can also use this mantra when you feel confused or alone and want to connect to the infinite wisdom of your true self or spirit.

We call in Saraswati, the goddess of creativity and language.

This Sanskrit mantra invokes the goddess Saraswati, the powerful Hindu incarnation of Shakti energy in the form of creativity, language, wisdom, knowledge, art, and music. Its English translation is We call in Saraswati, the goddess of creativity and language. The sound Eim (pronounced I’m) is the bija (seed) mantra for Saraswati; within that one sound is all that Saraswati represents. Invoke Saraswati by chanting this mantra before beginning any new creative endeavor and to enliven your studious side.

I bow to the Primal Wisdom,

I bow to the Wisdom through the ages,

I bow to the True Wisdom,

I bow to the Great Divine Wisdom.

Known as the Mangala Charan Mantra, this Gurmukhi mantra is chanted for protection in all aspects of life. It is also used with the intention to gain clarity and open to guidance from one’s highest self. In Kundalini yoga classes, students often chant this mantra after tuning in with the Adi Mantra. It can be translated in English as I bow to the Primal Wisdom, I bow to the Wisdom through the ages, I bow to the True Wisdom, I bow to the Great Divine Wisdom. This is a helpful mantra to chant for protection and harmony before driving a car, embarking on any new journey, or as you begin your yoga practice.

May all beings everywhere be happy and free.

This is a beautiful Sanskrit mantra that offers a blessing of compassion and kindness to all beings. Its translation is simple: May all beings everywhere be happy and free. Sometimes called the Lokah Mantra, it is truly an offering of loving-kindness to all beings, animals and humans alike. You may chant or sing this mantra as a prayer for your loved ones, your community, and the entire world, including yourself. This is a commonly chanted mantra in hatha yoga classes and is a simple chant to teach to children.

There is one Creator whose name is Truth.

Great is the ecstasy of that Supreme Wisdom!

Known as the Adi Shakti Mantra, this mantra is considered to be powerful for awakening the kundalini and experiencing a state of bliss. According to Kundalini teacher Guru Rattana, “Ek means ‘One, the essence of all,’ ‘Ong’ is the primal vibration from which all creativity flows, ‘Kar’ is creation, ‘Sat’ truth, ‘Nam’ name, ‘Siri’ great, ‘Wha’ ecstasy, and ‘Guru’ is wisdom. Taken together it means, There is one Creator whose name is Truth. Great is the ecstasy of that Supreme Wisdom!” You can use this mantra to develop your intuition and experience higher states of consciousness.

We call in Ganesha, the remover of obstacles.

This mantra invokes the Hindu deity Ganesha, the beloved elephant-headed trickster known as the remover of obstacles and master of knowledge. The English translation of this mantra is We call in Ganesha, the remover of obstacles. The sound Gam (sounds like gum) is the bija mantra for Ganesha; within that one sound is all that Ganesha represents. Invoke Ganesha to clear your path when you feel stuck or creatively blocked, when you need a change of perspective, or when life feels especially challenging and you’re not sure why.

Om, may the Divine protect both teacher and student.

Let us be nourished and protected.

May we work together with great energy.

May our studies be effective.

May we never hate or fight one another.

This Sanskrit mantra was traditionally chanted as a prayer before studying sacred Vedic texts, with the intention of creating harmony among the students and teacher, as well as cultivating a sense of enthusiasm and joy in learning. Today it is often chanted before or after yoga asana classes. You can chant this mantra before meals, at the start of a spiritual gathering, or when you gather with others to study or practice yoga.

I Bow to the Jewel at the Lotus Flower of the Heart.

This is a Buddhist mantra in the ancient Sanskrit language. It beckons you to honor your deepest truth and accept yourself with compassion. There are multiple translations, including I Bow to the Jewel at the Lotus Flower of the Heart. The Dalai Lama has noted, “It is very good to recite the mantra Om mani padme hum, but while you are doing it, you should be thinking on its meaning, for the meaning of the six syllables is great and vast.” This mantra is said to purify the mind, calm fears, and cultivate inner wisdom. Use the Om Mani Padme Hum mantra when you need clarity, calm, or a dose of intentional self-compassion.

This Sanskrit mantra is an invocation of peace that can be chanted as its own or as an addition to any other mantra. It simply means Om Peace Peace Peace. Om is understood as the universal vibration or the sound of all energy. You can chant this mantra before or after a yoga session, at the beginning and end of the day, or as a wish for well-being as you take leave of friends. When you chant this mantra, once or repeatedly, you are sending out offerings of peace to the world and to yourself.

If you are interested in deepening your knowledge of the power of these classic mantras, it is valuable to read the original written texts and poems (such as the Vedas and the Upanishads) that contain these mantras. It is also helpful to read different translations of these sacred texts so that you can gain a depth and breadth of perspective on the ancient teachings.

Whether you put on a recording while you meditate, join in with a chant in a yoga class, or hum a sacred mantra to calm your nerves before a presentation, the ancient Sanskrit and Gurmukhi mantras are a powerful way to focus your intentions. As you weave them into your daily spiritual practice, you will notice their benefits expand in your life. 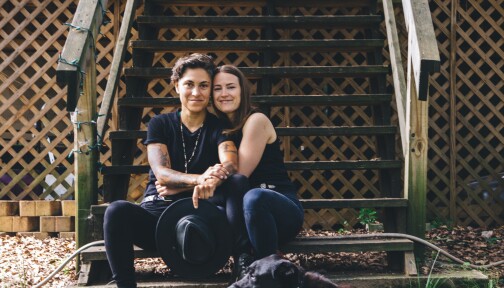 The Embodiment of Pride as a Daily Practice in Liberation 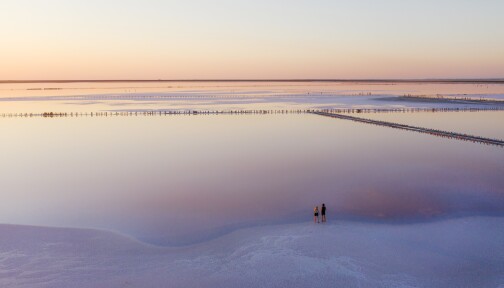 The Rest and the Reckoning: A Call to the Divine Feminine