The Neuroscience of Mindfulness Meditation

Devotees of mindfulness meditation—often described as non-judgemental attention to present moment experiences—will be well-versed in the many benefits of their practice. Benefits include the following:

The second meta-analysis of 163 studies found evidence that meditation practice is associated with reduced negative emotions and neuroticism, and the impact of meditation was comparable to the impact of behavioural treatments and psychotherapy on patients.

Because of the increasing popularity of mindfulness meditation, and mounting evidence that meditation has wide-ranging and measurable effects on many aspects of health, neuroscientists too are becoming interested in understanding the biological mechanisms that underlie these effects in the brain.

Last year an extensive review was published in the top-flight journal Nature Reviews Neuroscience. The review, “The Neuroscience of Mindfulness Meditation,” took a look at the current state of neuroscience research on mindfulness meditation. The authors included Yi-Yuan Tang, a mind-body medicine researcher at the Department of Psychological Sciences, Texas Tech University, who also practices Chinese medicine; Britta Holzel, a neuroscientist and yoga teacher at the Department of Neuroradiology, Technical University of Munich; and Michael Posner, a psychologist at the University of Oregon.

“Although meditation research is still in its infancy, a number of studies have investigated changes in brain activation at rest and during specific tasks that are associated with the practice of, or that follow, training in mindfulness meditation,” write the authors. “There is emerging evidence that mindfulness meditation might cause neuroplastic changes in the structure and function of brain regions involved in regulation of attention, emotion and self-awareness.”

Over the past decade, numerous neuroimaging studies have investigated changes in brain morphology related to mindfulness meditation. In an attempt to consolidate the findings, one meta-analysis pooled data from 21 neuroimaging studies examining the brains of about 300 experienced meditation practitioners. The study found that eight brain regions were consistently altered in the experienced meditators.

The specific ways in which the brain regions changed varied by study (different studies used different neuroimaging measurements), but changes were seen in density of brain tissue, thickness of brain tissue (indicating greater number of neurons, glia, or fibres in a given region), cortical surface area, and white matter fibre density.
The effect of meditation on these particular brain structures appeared to be about “medium” in magnitude—effect sizes that are comparable to the roughly “medium” effects of many other behavioral, educational, and psychological interventions.

Because so many regions were found to be involved in mindfulness meditation, including cerebral cortex, subcortical white and grey matter, brain stem, and cerebellum, Tang, Holzel, and Posner suggested in their review that the effects of meditation might involve large-scale brain networks and multiple aspects of brain function.

Brain-imaging studies can reveal not only changes in brain structure, but also changes in brain activation patterns. In their review, Tang, Holzel, and Posner also investigated whether mindfulness meditation exerts its effects via altered activation of brain regions involved with emotional regulation, attention, and self-awareness.

One hypothesis driving emotion regulation is that mindfulness meditation strengthens prefrontal higher order cognitive (thinking) processes that in turn modulate activity in brain regions relevant to emotion processing, such as the amygdala. A number of brain-imaging studies appeared to support this hypothesis.

Buddhist philosophy teaches that identification with the static concept of “self” causes psychological distress. Studies of mindfulness meditators have shown training to be associated with more positive self-representation, higher self-esteem, and higher acceptance of oneself. Such concepts are not easy to capture in neuroscientific studies. However, multiple studies show the insular is strongly activated during meditation. This is thought to represent amplified awareness of the present moment experience. “This shift in self-awareness is one of the major active mechanisms of the beneficial effects of mindfulness meditation,” write Tang, Holzel, and Posner.

Despite the enthusiastic reporting of positive findings on the effects of meditation on the brain, it should be pointed out that mindfulness meditation research is a young field, and many studies are yet to be replicated.

Nonetheless, Tang, Holzel, and Posner concluded, “… the practice of mindfulness meditation might be promising for the treatment of clinical disorders and might facilitate the cultivation of a healthy mind and increased well-being.”


*Editor’s Note: The information in this article is intended for your educational use only and is not a substitute for professional medical advice, diagnosis, or treatment. Always seek the advice of your physician or other qualified health providers with any questions you may have regarding a medical condition and before undertaking any diet, supplement, fitness, or other health programs. 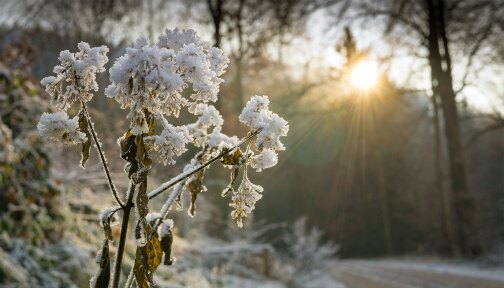 Learning the Wisdom of Now 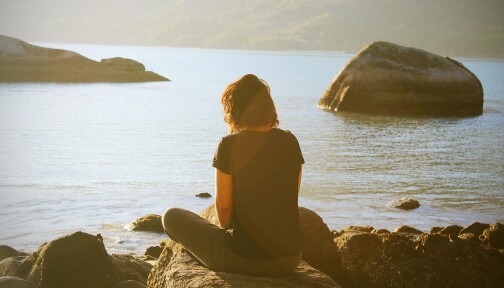 Relationship with the One