Religion vs. Spirituality: The Difference Between Them

For thousands of years, humanity has passionately pursued the Truth with a capital T—the ultimate answers to life and the universe. This perennial knowledge constitutes the answers to what are often called the soul questions:

Religion: By definition, religion is a personal set or institutionalized system of religious attitudes, beliefs, and practices; the service and worship of God or the supernatural.

Spirituality: Spirituality, on the other hand, connotes an experience of connection to something larger than you; living everyday life in a reverent and sacred manner. Or as Christina Puchalski, MD (leader in trying to incorporate spirituality into healthcare), puts it, “Spirituality is the aspect of humanity that refers to the way individuals seek and express meaning and purpose and the way they experience their connectedness to the moment, to self, to others, to nature, and to the significant or sacred."

Origins of Religions and Spirituality

Religion: Religions are most often based upon the lives, teachings, and beliefs of a historical or archetypal figure (e.g.,

Christ, Buddha, Moses, Krishna, Muhammad). The details of their lives as holy or highly evolved beings have been carried to us across the mists of time through oral tradition and written scriptures. These figures are the subject of worship and devotion and form the foundation of religious practices and rituals in a community.

Spirituality: By contrast, spirituality is more often based upon the practical application of the founder’s teachings. Spiritual aspirants heed the advice of Japanese poet Matsuo Basho, “Do not seek to follow in the footsteps of the wise. Seek what they sought.”

If you feel these definitions get blurry and cross into each other’s territory, you’re not alone. For example, you may know people who consider themselves spiritual, but not religious. Conversely, there can be individuals who are devoutly religious but are not what most would consider deeply spiritual.

Let’s try to clear things up by taking a closer look at the most defining differences between religious and spiritual paths. Bear in mind that there are no absolutes in these distinctions. They are merely general markers meant to better explore the qualities between two equally valid approaches to seeking the truth.

Religion: On the whole, a formal religion is often an objective experience. In other words, there is usually a greater focus on the externals:

This is the equivalent of object-referral in which your attention is placed upon the objects in your experience.

Spirituality: Spirituality, however, leans more toward self-referral or the internalization of your awareness of your soul. Spirituality is an inward journey that involves a shift in awareness rather than some form of external activity. As such, spirituality is much more about inner understanding than outer worship. This is not to say that worship is not a part of spirituality; it’s a matter of where the devotion and worship are directed:

Religion: One of the hallmarks of religion is its organization. It is a structured, frequently rule-based construct that to some degree governs the behavior of its members. Moral rules, laws, and doctrines, as well as specific codes and criteria, create the organized structure that contains the religion’s specific belief system. This isn’t necessarily a bad thing. In previous, more uncertain times, the rules and dogma of organized religion helped to give society a sense of certainty and helped to guide and comfort those whose faith was lacking.

Spirituality: Spirituality though, breaks free from the restrictions and rigid structure sometimes associated with traditional religion. The spiritual aspirant recognizes that he or she is on a “pathless path” of self-discovery. They are following not a set of external rules, but their own inner call to spirit. In this way, spirituality can sometimes feel like a rebellious act of going solo and leaving the tribe, very much in the spirit of American philosopher and poet Ralph Waldo Emerson when he said, “To be yourself in a world that is constantly trying to make you something else is the greatest accomplishment.”

Religion: Due to their centuries- to millennia-old histories, religions are by nature often deeply rooted in tradition, ritual, creed, and doctrine. Religious institutions conservatively guard their practices and values, holding rigidly to the past and the original interpretations of the founder’s teachings. This is understandable in that all religions wish to preserve the essence of their teachings so they may be accurately transmitted through history.

Spirituality: By comparison, spirituality is often less focused on the rigidly traditional approach and often favors an evolutionary mentality. This refers to both a more flexible and adaptive mindset toward core teachings of the great wisdom traditions but also reflects the understanding that, as the name implies, spiritual growth is an evolutionary process. Spirituality embraces change and the evolution of consciousness. With spiritual practice, ideas and interpretations change as individuals, societies, and the world move forward.

Religion: Traditional religious beliefs, sometimes based upon rigid interpretations of key teachings, can create an exclusive worldview that isolates those who may not share their views or interpretations. Sadly, this religious “in-group” mentality can be used to justify the exclusion of minorities or those deemed unworthy of God’s favor.

Spirituality: Spirituality makes no such distinctions. Instead, it favors an inclusive approach. In the recognition that pure spirit is a unifying force, no one is left out. You are part of the universal hologram, all gods and goddesses in disguise. As Krishna explains in the Bhagavad Gita, Chapter 4, verse 11: “As men approach me, so I receive them. All paths Arjuna, lead to me.”

In other words, from a spiritual perspective, no one has a monopoly on the truth. All are welcome in God’s eyes.

Religion: At its core, religion is about faith. That is to say, belief in something based upon unconditional acceptance of the religion’s teachings. Unlike the scientific worldview, religions don’t require evidence to validate their claims. Through religion, you are taught to have faith in God or the scriptures as being the infallible and ultimate truth of reality. Acceptance and surrender to the divine are taught as the path that leads to ultimate salvation.

Spirituality: Spirituality doesn’t dismiss faith; however, it often leans more heavily on direct experience of the soul or divinity. Spiritual practices such as meditation, yoga, silence, and contemplation allow you to make conscious contact with more expanded states of consciousness, thus helping to experientially validate the teachings rather than accepting them on faith alone. You know something because you have tasted the experience yourself and have allowed it to resonate, as opposed to taking the word of another.

Religion: Despite the best of intentions, religions can sometimes contain a subtle (or not so subtle) undercurrent of fear woven into their teachings. The concepts of original sin, divine judgement, God’s wrath, or eternal punishment can create a mental environment burdened in worry and anxiety over your worthiness and whether your actions will result in divine retribution or karmic punishment. Your fate in the afterlife can loom like a specter in the back of your mind, subtly influencing your thoughts and behavior.

Spirituality: By contrast, spirituality typically discards the vestiges of fear and worry in favor of a more loving, compassionate approach to life—and death. Spirituality embraces a consciousness-based worldview that supports all human beings on their path to awakening in unconditional love and kindness. Your choices and behavior are guided not by fear of punishment, but rather by a desire to end suffering and create a peaceful and loving world for all.

As you can see, there are noticeable distinctions between spirituality vs. religion; however, these comparisons aren’t meant to be absolutes or an attempt to polarize one against the other. Religious beliefs and spiritual beliefs differ in the ways in which they are practiced. However, each practice serves as a vehicle to lead you closer to the truth you seek. Whichever path or combination of the two you follow is the personal and subjective expression of your journey of awakening.

Ready to start meditating? It’s as easy as downloading the Chopra App, where you can access hundreds of personalized guided meditations from the convenience of your phone. 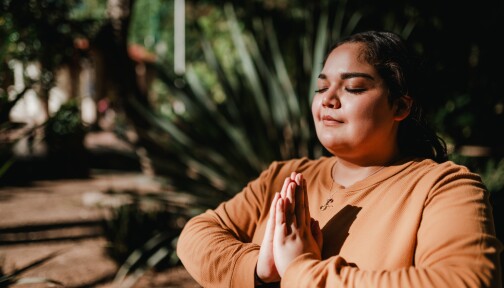