Your Brain on Nature: Finding Harmony When 'Human Moments' Are Sparse

It’s not just a myth. Being outside is really good for you. Here’s why spending time in nature can boost your well-being.

If there’s one thing for sure, it’s that nature is good for us. It not only serves as a calming elixir to the body, but it also offers powerful therapeutic effects on the brain. It’s a must-have for physical health and cognitive function, according to the Yale School of the Environment.

People have a deep, primal need to affiliate with our natural environments. The term for this is called biophilia, coined by social psychologist Erich Fromm in 1964, which became popularized by Harvard naturalist E.O. Wilson in the mid-1980s. Biophilia means “love of life.” The concept explains that humans have a deep-seated emotional affiliation to other living things and a yearning to affiliate with other forms of life. In an ever-increasing time where people are experiencing higher stress levels than usual, anxiety, social isolation, and distance from one another, nature can be a potent remedy. Your connection to it can help you tap into powerful physiological, psychological, and overall health-supportive forces that elicit harmony, peace, and connection.

Nature and the Brain

Did you know immersion in nature can act as a low-cost brain booster and a healing tonic for well-being? How do you ask? Researchers suspect nature works primarily by lowering stress. According to nature writer David Gessner in National Geographic, “Science is proving what we've always known intuitively: nature does good things to the human brain—it makes us healthier, happier, and smarter.”

Biologist Janine Benyus shares in her TED talk that “we are surrounded by genius,” urging people to solve problems by looking at organisms and natural systems that have been shaping solutions for billions of years, specifically related to design. However, similar benefits can apply to human cognition by immersing yourself into its brilliance and connecting with its restorative powers.

In a study by the Environmental Protection Agency, it was found that the average American spends ninety percent of his/her time indoors. Keep in mind this is a pre-COVID statistic. It isn't easy to access nature’s brilliance if you're living on screens most of the time, so striking a balance is critical, especially if you’re spending even more time indoors. Excessive screen time provides “impoverished stimulation,” interfering with everything from sleep to creativity according to Harvard Medical School.

Eva Selhub, MD, and Alan Logan, ND, authors of the book, Your Brain on Nature, review how "our digital world is viewed in isolation, without consideration for what is being lost by the corresponding shift from the natural environment." This immersion, they say, can change aspects of brain information processing or interpersonal communication. The authors described nature as having the potential to encourage the growth and continued reshaping of the brain cells throughout life, improving its plasticity. They propose that the future of cognitive-nature research will be to provide proof that time spent in nature can influence the production of brain chemicals responsible for maintaining cognitive health throughout the aging process.

Connectivity and the Brain

As a human species, we’re wired to connect. We're a profoundly social species. When times get tough, it's more critical than ever to connect through engagement with friends and loved ones. However, during instances like a global pandemic, where access is limited, social isolation can affect the brain in different ways, according to The Scientist. A lack of it is associated with an increased risk of cognitive decline and dementia and mental health consequences such as depression and anxiety.

Have you been experiencing any of these lately? I sure have. So out of my need to find some relief, I took a deep dive into more research to discover nature as a potent elixir that's soothing, powerful, brilliant, and free. Here are some key discoveries:

Anxious or Stressed? Head for the Trees!

One solution to finding solace during this time exists in the practice of forest bathing, described in Psychology Today as “making contact with and taking in the atmosphere of the forest.” Also known as Shinrin-Yoku in Japan, where it began as a form of nature therapy, it is a leisurely visit to the forest. Results from a study show this activity is associated with lower levels of the stress hormone cortisol, a lower pulse rate, and lower blood pressure.

In the book Your Brain on Nature, Selhub and Logan describe nature as acting as a sort of visual valium of sorts, citing medical doctor Franklin B. Hough that forests have a “cheerful and tranquilizing influence which they exert upon the mind, more especially when worn down by mental labor.” Phytoncides released from trees decrease the production of stress hormones, positively affecting immune function.

Research on how environmental values are determined from a sense of connectivity with nature shows that “connectivity describes a perception of sameness between the self, others, and the natural world. The experience of connectivity involves the disintegration of boundaries and a sense of a shared, or common, essence between oneself, nature, and others.”

A sense of this shared quality can help you feel more at peace when moments of human interaction become few and far between. An interesting finding in the book, Your Brain on Nature, describes a real sense of connectivity in any relationship—whether it's interpersonal or with nature elements—serves to strengthen empathy and concern. Also, as you build a strong relatedness to nature, it's associated with greater happiness and ecologically sustainable behavior.

Nature, in its brilliance, can also be viewed as a metaphor for your resiliency. If you look at forest fires and how the forest regrows and regenerates, you will see it always recovers, heals, and begins anew. It's very symbolic of how you can rise even after distressing experiences or events. It's your natural tendency. You are nature. You're an active part of it, not a bystander apart from it. This idea alone can help you experience a sense of harmony--of being connected to a mighty, and greater, whole. 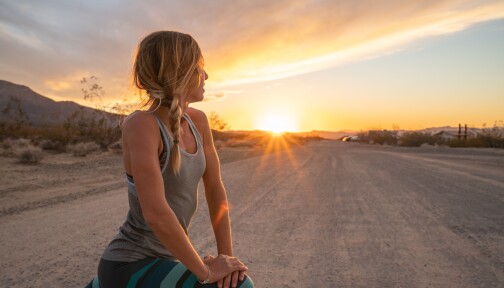 Why Companies Are Considering Shorter Workweeks to Support Mental Health How to Use Mindfulness to Prevent Burnout at Work 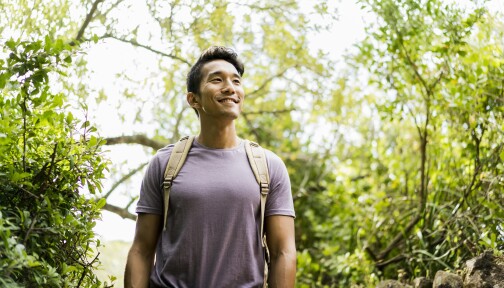