7 Anti-Inflammatory Foods and Spices to Include in Your Diet

Why do you need to know about anti-inflammatory foods and spices? Evidence shows that chronic inflammation is at the root of many different diseases—from a simple sinus infection to cancer. If inflammation is an underlying cause of sickness and disease, it makes sense to reduce inflammation as much as possible.

Using food as your medicine is one way to reduce the amount of inflammation inside the body. The seven following foods and spices can help do just that.

Small fruits can have a big impact! Berries—such as blueberries, strawberries, and raspberries—have anti-inflammatory properties from their polyphenol (organic chemical) compounds—specifically, polyphenols called anthocyanins. Their anti-inflammatory properties are represented by the vibrant blues, reds, and purple colors that berries possess. Anthocyanins, specifically dietary anthocyanins from foods like berries, have been shown to be beneficial in reducing inflammation in the body, as well as in treating obesity.

Turmeric has been used as both a culinary and medicinal spice for many centuries. Turmeric contains an active constituent called curcumin (diferuloylmethane), which gives turmeric its powerful antioxidant and anti-inflammatory properties. Research shows that curcumin is beneficial in reducing pancreatitis and arthritis, among other inflammatory conditions.

These anti-inflammatory properties come from the fact that curcumin has the potential to block molecules that play a role in increasing inflammation. Specifically, curcumin inhibits transcription factor NF-kB, which is associated with promoting acute inflammatory conditions. Since curcumin has the potential to disrupt harmful processes in the body, it’s a great choice for an anti-inflammatory food. You should consume turmeric with black pepper because it has been shown the piperine in black pepper increases the absorption of curcumin by 2,000 percent.

An array of polyphenols, like anthocyanins, can be found in tart cherries. Research shows eating foods rich in polyphenols, such as Tart Cherries, reduce inflammation and oxidative stress in the body, which both contribute to cell aging. One study showed that once the polyphenols in tart cherries reach the bloodstream, they become most available and effective.

Who doesn’t love cinnamon? The good news is that cinnamon isn’t just delicious, but it also has anti-inflammatory properties. It reduces inflammation inside the body to ward off the diseases brought on by chronic inflammation. The two most common types of cinnamon are Cinnamomum Cassia and Ceylon (Cinnamomum Zylanicum). One study shows that Ceylon cinnamon has more potent anti-inflammatory properties than Cassia cinnamon. These studies show that cinnamon may be have therapeutic properties, and may be used to decrease inflammation.

Typically known as a soothing beverage, green tea has anti-inflammatory properties as well! The most active component in green tea, epigallocatechin gallate (EGCG), has potent anti-inflammatory and antioxidant properties. EGCG is able to stop the overproduction of pro-inflammatory cytokines while also reducing NF-kB, another pro-inflammatory factor in the body. Green tea can be used to help prevent conditions such as cardiovascular disease and other diseases promoted by inflammation and oxidative stress.

Walnuts may not be everybody’s favorite nut, but they are a beneficial one—especially considering their anti-inflammatory properties. Walnuts contain a load of healthy fats—omega-3 fatty acids to be specific. In only 1/4 cup of walnuts, you get over 100 percent of the daily requirement of omega-3 fatty acids. Omega-3s have been shown to be strong anti-inflammatory agents, reducing cytokines that promote inflammation processes in the body.

These seven foods and spices are common, but it can be hard to get all of them in your diet on a daily basis. The good news is that there are products that provide an easy way to consume all these anti-inflammatory foods. Nirvana Bars, for example, contain all these ingredients in their delicious daily recovery bars—they are intentionally designed to promote relief from inflammation associated with exercise.

Whether trying new recipes, making smoothies, or eating meal replacement bars, try to incorporate these seven foods into your daily diet to decrease inflammation related to exercise, aging, and everything in between. 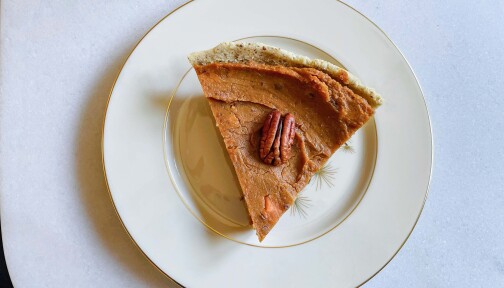 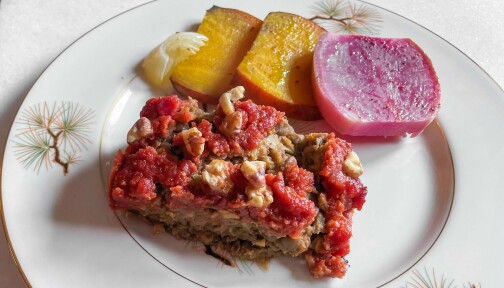 Holiday Recipes: Make This Lentil Loaf the Centerpiece of Your Next Gathering