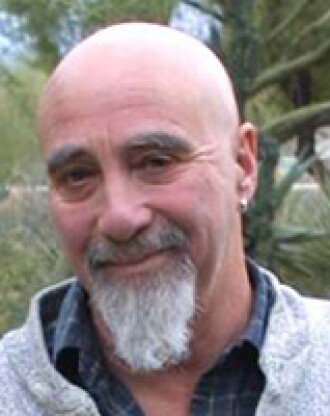 Dr. Stuart Hameroff is a professor of anesthesiology and psychology, and director of the Center for Consciousness Studies at the University of Arizona in Tucson. He became interested in intelligent behavior of microtubules, protein lattices that organize activities within living cells. Hameroff and colleagues developed theories of microtubules as self-organizing molecular computers. In the 1990s, Dr. Hameroff teamed with Sir Roger Penrose on the controversial Penrose-Hameroff “Orch OR” model of consciousness based on quantum computing in brain neuronal microtubules, a notion bolstered by recent evidence. In Orch OR, Penrose physics connects brain microtubules to the most basic level of the universe fundamental spacetime geometry at the Planck scale. At that level, Penrose had also proposed Platonic information could guide, or influence conscious choices and perceptions. Viewing consciousness as such a process in the fabric of the universe, Hameroff suggests, provides plausible scientific explanations for spirituality – interconnectedness through entanglement, accessible Planck-scale wisdom, and potential afterlife and reincarnation. A full-time clinical anesthesiologist, Hameroff also organizes the biennial interdisciplinary conferences “Toward a Science of Consciousness.”