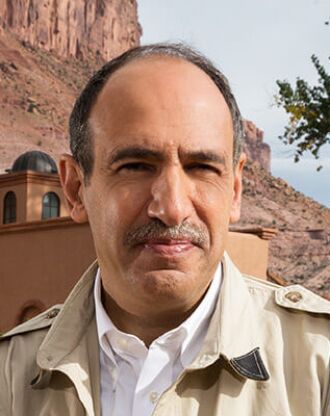 Richard Sergay is an award winning veteran network television journalist who spent much of his career at ABC News. He reported on major domestic and international stories for World News, Nightline and Good Morning America. After a six-year assignment as Bureau Chief and Correspondent based in South Africa covering the end of Apartheid and the release of Nelson Mandela from prison and the ensuing peace negotiations, Richard began a new beat for the network focused on the digital revolution unfolding in the US.  After leaving ABC News, he joined Discovery Communications as the Chief Curator of “The Curiosity Project,” whose aim was to answer “The Questions of Life” by interviewing on camera 250 leading luminary’s across all disciplines – from art through zoology. Richard then transitioned to work directly for Discovery Founder John Hendricks at his private investment firm architecting the launch of the Curiosity Retreat and a new SVOD web venture called CuriosityStream , the world’s first ad free factual content site devoted to exploring Science, Technology, Civilization and Human Spirit. Also, he has served as SVP of Media Strategy and Development for Sharecare , a new health engagement website founded by Dr. Mehmet Oz and the entrepreneur who created WebMD, Jeff Arnold. Richard graduated with Highest Honors from the University of California with a BA in Politics, undertook postgraduate work in International Relations at Georgetown University, and was John S Knight Fellow at Stanford University.