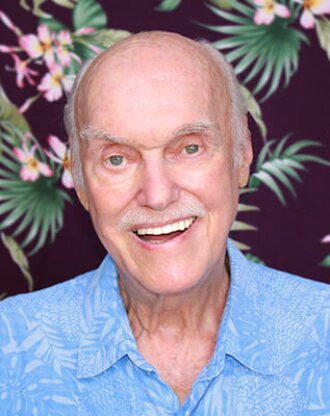 Ram Dass made his mark on the world by teaching the path of the heart and promoting service in the areas of social consciousness and care for the dying. When Ram Dass first went to India in 1967, he was still Dr. Richard Alpert, an eminent Harvard psychologist and psychedelic pioneer with Dr. Timothy Leary. In India, he met his guru, Neem Karoli Baba, affectionately known as ‘Maharajji’, who gave Ram Dass his name, which means "servant of God."

On his return from India Ram Dass became a pivotal influence in our culture with the publication of “Be Here Now”. In fact, those words have become a catch phrase in people’s lives for the last 40 years. With the publication in 2011 of “Be Love Now” Ram Dass completed his trilogy that began with “Be Here Now” in 1970 and continued with “Still Here” in 2004. He released “Polishing The Mirror: How to Live From Your Spiritual Heart” in 2013 and released his most recent book, “Walking Each Other Home: Conversations on Love and Dying” with co-author Mirabai Bush in 2018.

Ram Dass now makes his home in Maui and teaches world wide through his website RamDass.org and continues the work of Neem Karoli Baba through the Love Serve Remember Foundation.