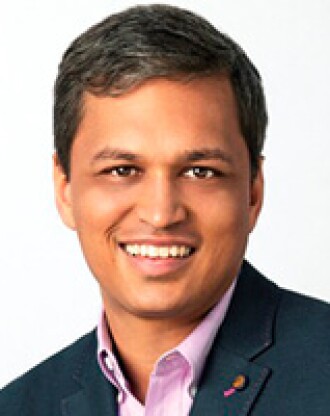 Panache Desai is a contemporary thought leader and author whose message of love and acceptance has drawn thousands of people from around the world to his seminars and workshops. Not aligned with any religious or spiritual tradition, he empowers people to free themselves of pain, suffering, sadness, and self-limiting beliefs. After a profoundly transformative experience more than a decade ago, he has committed his life to being a spiritual teacher empowering humanity in the deepest states of connection and awareness and helping people everywhere to directly experience divine consciousness for themselves.

A highly sought-after speaker featured regularly in print, broadcast media, and online, Panache has appeared with Oprah Winfrey on the Emmy® Award-winning OWN series, Super Soul Sunday and was featured on their 2013 season finale, Soul 2 Soul: Asking Life’s Big Questions. He is a featured speaker OMEGA Institute for Holistic Studies and the Kripalu Center for Yoga and Health; he has addressed the United Nations Enlightenment Society; and in Spring 2014 he was a featured speaker at The Third Metric Conferences, hosted by Arianna Huffington and Mika Brzezinski.  Panache has also collaborated with internationally recognized spiritual teachers including Reverend Michael Bernard Beckwith, Elizabeth Lesser, Brian Weiss, MD, James Van Praagh, Ram Dass, Alan Cohen, James Redfield, Colette Baron-Reid and Neale Donald Walsch.

In May 2014, he published his first book, DISCOVERING YOUR SOUL SIGNATURE: A 33-Day Path to Purpose, Passion, and Joy (Random House/Spiegel & Grau).