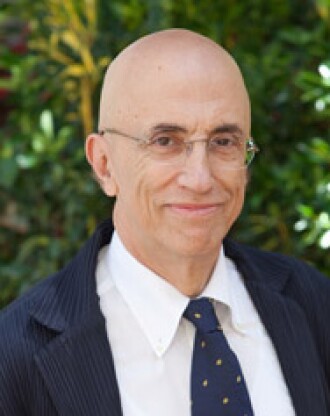 Dr. Menas C. Kafatos is The Fletcher Jones Endowed Professor of Computational Physics at Chapman University. He received his B.A. in Physics from Cornell University in 1967 and his Ph.D. in Physics from the Massachusetts Institute of Technology in 1972. He is a quantum physicist, cosmologist, climate change researcher and works extensively on consciousness, quantum theory, brain science, philosophy, and the above fields. His doctoral thesis advisor was the notable M.I.T. professor Philip Morrison, who studied under J. Robert Oppenheimer. Kafatos' studies involved quantum physicists Hans Bethe, Victor Weisskopf, and cosmologist Thomas Gold.

After postdoctoral work at NASA Goddard Space Flight Center, he joined George Mason University and was University Professor of Interdisciplinary Sciences from 1984-2008, where he also served as Dean of the School of Computational Sciences and Director of the Center for Earth Observing and Space Research. Served as Founding Dean of the Schmid College of Science, and Vice Chancellor, Chapman University (2009 – 2012). He has 39 years of experience in undergraduate and graduate teaching and research, in Earth systems science, natural hazards and climate change, remote sensing and data information systems, physics, computational and theoretical astrophysics, astronomy, foundations of quantum theory, and most importantly, consciousness and the nature of reality.

He has published or co-authored numerous books including The Conscious Universe, The Non-local Universe (Springer-Verlag, and Oxford University Press, 1990, 2000 and 1999), Principles of Integrative Science (Romanian Academy of Sciences Press, 2000); Looking In, Seeing Out (Theosophical Publishing House, 1991); more than 275 journal articles and book chapters; several blogs in Huffington Post and San Francisco Chronicle, with Deepak Chopra and others; and has his own blog in Huffington Post, writing as a “wandering scientist”. Co-author with Deepak Chopra of the forthcoming book, Who Made God and Other Cosmic Riddles (Harmony).