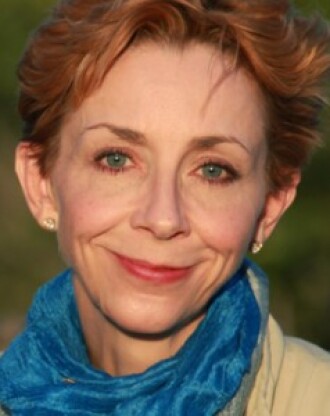 Psychology Today, USA Today, and NPR have all referred to Martha Beck as “one of the best-known life coaches in America.” She is a columnist for O, the Oprah Magazine, has been a contributing editor for Real Simple, Redbook, and Mademoiselle, and has written for many other national magazines. She appears frequently as an expert on life design on programs such as Good Morning America and The Oprah Winfrey Show.
Having earned a B.A., M.A., and Ph.D. in sociology from Harvard, Beck taught social science and business at undergraduate and graduate levels, at Harvard and the American Graduate School of International Management. She also conducted research on various aspects of social psychology and business, acted as a consultant for various business and government organizations, and wrote academic articles before becoming a full-time writer and life coach.

Beck’s books include New York Times bestsellers Finding Your Own North Star and Expecting Adam. She published The Four Day Win in 2007 which explores the relationship between creating the right life, eliminating self-sabotaging behavior, and staying physically healthy from the brain outward. Steering by Starlight: Find Your Right Life No Matter What!, was released in April 2008. In late December 2011, Dr. Beck published Finding Your Way in a Wild New World, a modern day companion to guide readers on their path of self-discovery and happiness.

Beck lectures to groups nationwide and conducts seminars for a diverse clientele that includes medical professionals, magazine sales forces, boards of education, and business executives. She has been a guest speaker at the Chopra Center's Seduction of Spirit workshop.

Beck has also developed a passion for South Africa, and has adopted The Learning Center at Londolozi, a school that serves the local village people.