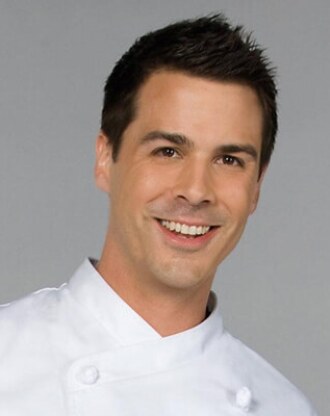 Jesse Brune is the co-founder and spiritual director of Project Service LA, a transdenominational spiritual movement founded with the intention of serving the LGBTQI and A community in Los Angeles and worldwide. They hold their Sunday service every week in a gay bar called Here Lounge in West Hollywood.  The community is thriving and just celebrated it's four year anniversary and Jesse has given over two hundred sermons on Sundays since it's beginning.  PSLA is developing a strong online ministry making it possible for people to connect and participate in the community from all over the world.

Jesse is probably most recognizable to many in the LGBT community because of the years he spent on the television show "Workout" with Jackie Warner on Bravo.  He is also widely known as a healthy-living expert; his chef training at Le Cordon Bleu allowed him lead the cast of Food Network's "Private Chefs of Beverly Hills" for two seasons. Jesse has traveled the world sharing his expertise and been a special guest on many talk shows, including "Home and Family", "The Bonnie Hunt Show", "Marie" with Marie Osmond, and "Access Hollywood".  Currently he has been a series regular on OWN TV's "Homemade Simple"offering his unique insight for the last three seasons. These experiences have given him a unique perception of life and a strong dedication to practice spiritual principles and spread his light through teaching.