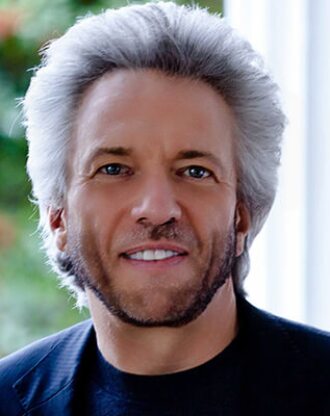 New York Times bestselling author Gregg Braden is internationally renowned as a pioneer in bridging science, ancient wisdom and the real world!  Following a successful career as a Computer Geologist for Phillips Petroleum during the 1970’s energy crisis, he worked as a Senior Computer Systems Designer with Martin Marietta Defense Systems during the last years of the Cold War. In 1991 he became The First Technical Operations Manager for Cisco Systems.

For more than 27 years Gregg has explored high mountain villages, remote monasteries, and forgotten texts to merge their timeless secrets with the best science of today. His discoveries are now shared in 33 countries and 38 languages through such paradigm-inspiring books as: The God Code, The Divine Matrix, Fractal Time, and his newest, Deep Truth.  His 2007 best seller, The Divine Matrix, was recently selected as the source for the made-for-television feature, “Entanglement,” and is now a textbook for college level courses exploring new discoveries of science and our relationship to the world.

Gregg’s work has been shared on every continent of the world and in recent years he has presented his seminars and trainings to Fortune 500 companies, the U.S. military, international businesses and is now featured in media specials on the History Channel, the Discovery Channel, National Geographic, ABC and NBC.