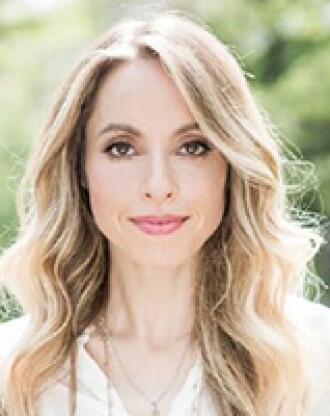 Gabrielle is the New York Times best-selling author of  May Cause Miracles . She appears regularly as an expert on NBC’s Today Show, has been featured on Oprah’s Super Soul Sunday as a next-generation thought leader, and was named “a new role model” by the New York Times. She is also the author of the books  Add More ~ing to Your Life ,  Spirit Junkie  and her newest book  Miracles Now . Gabrielle is the founder  HerFuture.com , a social networking site for women to inspire, empower and connect.

Youtube named Gabrielle one of 16  Youtube Next Video Bloggers , she was named one of  Mashable’s  11 Must-Follow Twitter Accounts for Inspiration and she’s featured on the Forbes List of 20 Best Branded Women. Gabrielle has a monthly segment on the Today show and weekly radio show on  Hay House Radio . She has been featured in media outlets such as The New York Times Sunday Styles, ELLE, OWN, Kathy Lee & Hoda, Oprah Radio, Anderson Live, Access Hollywood, Marie Claire, Health, SELF, Women’s Health, Glamor, The New York Times Thursday Styles, Sunday Times UK, featured on the cover Experience Life and Self-Made Magazines (top 50 Women in Business) and many more.