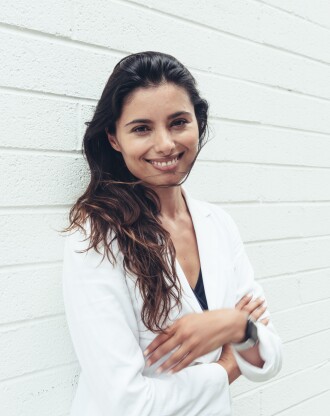 Mother, Actress, Co-Founder of Never Alone, and Author of the Freedom From Suffering program

A mother, an actress, an activist, a speaker, and a meditation teacher with a long-standing humanitarian engagement. A co-founder of the Never Alone, suicide prevention and mental wellbeing initiative of The Chopra Foundation. A movement that reduces mental health stigma and democratizes access to mental health hygiene tools. A Global Goodwill Ambassador to Skypower and the Honorary President of a grassroots charity in Myanmar. Wright lent her voice to UN Women and the UN Trust Fund to End Violence against Women.

Wright is the innovator of the Mental Hygiene Toolkit, a collection of mind cleansing and self-awareness tools to help individuals nurture their bodies, minds, and spirits, and develop inner guidance to consciously choose the best path for their lives. She has been a long-life student of Tibetan Buddhism and Vedanta.

Wright's acting and humanitarian projects bring her closer to understanding human nature and what binds consciousness to reality. She is the founder of the production company Conscious Intent, which supports different media formats to promote the human story. Her recent projects include "I Am Never Alone," which is the impetus for the Never Alone campaign with Dr. Deepak Chopra, Michael Beckwith, Temple Hayes directed by Michel Pascal.

As a motivational speaker, Wright has participated in numerous events, talk shows, podcasts, and social media outlets. Her recent engagements include UN Women conventions in London and Los Angeles, the First UN Trust Fund Grantee Convention in Bosnia and Herzegovina, the Difficult Dialogues forum in India, a suicide prevention seminar, and the Lake Nona Impact Forum. She is the annual host and co-founder of the Never Alone Summit, which features over 100+ speakers who share their strength and resilience tools in the mental health space.