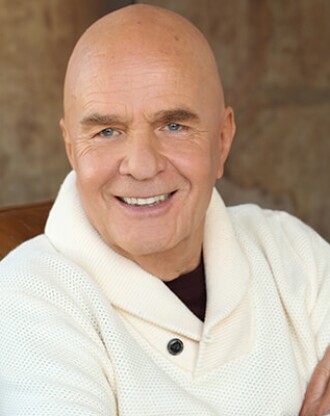 Wayne W. Dyer, Ph.D.,is an internationally renowned author and speaker in the field of self-development. He’s the author of more than 37 books (20 of which have been national best-sellers), has created many audio programs and videos, and has appeared on thousands of television and radio shows. His books Manifest Your Destiny, Wisdom of the Ages, There’s a Spiritual Solution to Every Problem, and The New York Times bestsellers 10 Secrets for Success and Inner Peace, The Power of Intention, Inspiration, Change Your Thoughts—Change Your Life, Excuses Begone! and Wishes Fulfilled have all been featured as National Public Television specials. Dr. Dyer’s first feature film, The Shift, released in 2009, and the film based on Dr. Dyer’s life, My Greatest Teacher, released in 2012.

Dr. Wayne Dyer, affectionately called the "father of motivation" by his fans, began his author career in the early 1970’s by traveling the country alone and selling his first book, Your Erroneous Zones, from the trunk of his car. That book went on to sell more than 30 million copies, becoming the bestselling book of the 70s. Despite his childhood spent in orphanages and foster homes, Dr. Dyer has overcome many obstacles to make his dreams come true. Today he spends much of his time showing others how to do the same.

Dr. Dyer’s philosophy of giving to the world what one hopes to receive has been demonstrated by his commitment to philanthropy. His charitable contributions include donating one million dollars to Wayne State University in Detroit, MI (his alma mater), as well as raising over $150 million for National Public Television through his PBS specials.

Dr. Dyer holds a doctorate in educational counseling from Wayne State University, and was an associate professor at St. John’s University in New York.

When he's not traveling the globe delivering his uplifting message, Wayne is writing from his home in Hawaii.