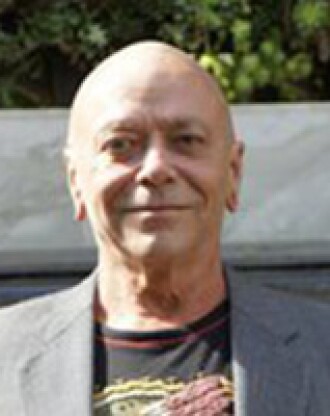 Dr. Patrick Flanagan invented the Neurophone in 1958. It is an electronic nervous system excitation device that transmits sound through the skin directly to the brain, for which he received U.S. Patent no.3,393,279 in 1968.

The invention earned him a profile in Life magazine, which called him a “unique, mature and inquisitive scientist”. Flanagan has continued to develop the neurophone and it is currently being sold as an aid to speed learning.

Flanagan at age eleven developed and sold a guided missile detector to the U.S. Military, aged seventeen gained his air pilot’s license and was employed by a Think Tank at The Pentagon, and later as a consultant to the NSA, CIA, NASA, Tufts University, the Office of Naval Research, and the Aberdeen Proving Grounds for the Department of Unconventional Weapons and Warfare.

Since 1981 Flanagan has invented a series of useful devices and products based on water and specific mineral structures, in the area of health. Several of these have been very successful in the marketplace. His identification of the special properties of the negative hydride ion while once ridiculed got serious attention when the Nobelist Chandrasekhar proposed it as a major component in far space. Several scientific papers by Flanagan, about Silica Hydride have been published in peer reviewed journals such as the ‘International Journal of Hydrogen Energy’, and ‘Free Radical Biology and Medicine’.

Flanagan actively continues his activities as scientist and inventor and philanthropist, promoting the really new science and new approaches to human healing, especially those based on the great traditions of India and Egypt.

For decades, Dr. Flanagan has openly invited stringent scrutiny of his research and discoveries by the medical and scientific communities. The seeds of this effort are blossoming at an exponential rate as the scientific community is validating and embracing his extraordinary contributions. Academics and researchers at universities from Oxford to Stanford are beginning to study Dr. Flanagan’s breakthrough discoveries and teach them to Scientists of the future.