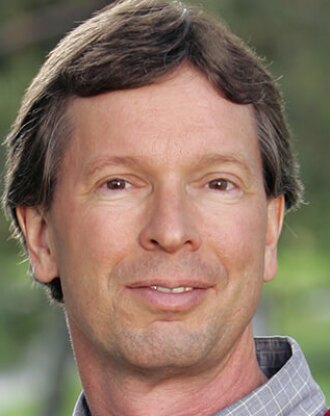 Donald Hoffman is a cognitive scientist and author of more than 100 scientific papers and three books, including  Visual Intelligence: How We Create What We See  (W.W. Norton, 2000). He received his BA from UCLA in Quantitative Psychology and his Ph.D. from MIT in Computational Psychology. He joined the faculty of UC Irvine in 1983, where he is now a full professor in the departments of cognitive science, computer science and philosophy. He received a Distinguished Scientific Award of the American Psychological Association for early career research into visual perception, the Rustum Roy Award of the Chopra Foundation, and the Troland Research Award of the US National Academy of Sciences. He was chosen by students at UC Irvine to receive a campus-wide teaching award, and to be included in Who’s Who Among America’s Teachers.

Hoffman studies visual perception, visual attention and consciousness using mathematical models, computer simulations, and psychological experiments. His empirical research has led to new insights into how we perceive objects, colors and motion. His theoretical research has led to a “user interface” theory of perception, which proposes that natural selection shapes our perceptions not to report truth but simply to guide adaptive behavior; this is the subject of his TED Talk entitled “ Do we see reality as it is ?” and of an article in The Atlantic entitled “ The case against reality .”  It has also led to a “ conscious realism ” theory of consciousness—which proposes a formal model of consciousness and a new solution to the mind-body problem.