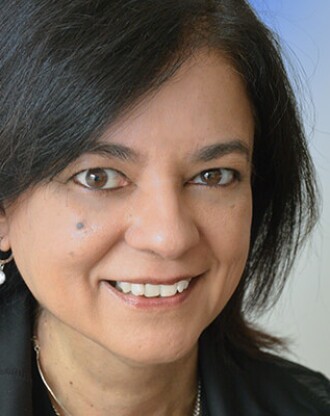 Anita Moorjani has become something of an international sensation since her book Dying to be Me hit the New York Times bestsellers list only two weeks after its release in March, 2012. She had experienced what most people never have; she "crossed over," and came back to share what she learned. Her remarkable NDE (Near-death experience) and subsequent healing from end-stage cancer is one of the most amazing cases ever recorded. Doctors had given her mere hours to live when she arrived at the hospital in a coma on the morning of February 2, 2006. Unable to move, and in a deep coma as the result of the cancer that had ravaged her body for nearly four years, Anita entered another dimension, where she experienced great clarity and understanding of her life and purpose here on earth, and was given a choice of whether to return to life or not. Anita chose to return to life when she realized that "heaven" is a state, and not a place. This subsequently resulted in a remarkable and complete recovery of her health within days of her return.

Born in Singapore to Indian parents, Anita has lived in Hong Kong most of her life. She is multilingual, and from the age of two, grew up speaking English, Cantonese, and an Indian dialect. She had been working in the corporate field for several years before her cancer diagnosis in 2002.

Anita is often invited to speak globally to share her insights. She appeared in Dr. Wayne Dyer's Wishes Fulfilled, video presentation, aired frequently on PBS. She is the embodiment of the truth that we all have the inner power and wisdom to overcome even life's most adverse situations. She is the living proof of this possibility.

She inspires her audience to transform their lives by living more authentically, discovering their greatest passions, transcending their deepest fears, and living from a place of pure joy. You will feel energized as Anita explains such mind-bending concepts as timelessness, non-duality, and simultaneous realities, in clear and simple terms that everyone will understand.

Join Anita Moorjani as she shares her riveting story that will radically alter your current beliefs about yourself, your purpose on earth, your health, your relationships, and your life!