Why I Chose to Teach Healing and the Mystical Laws

About six years ago, as I was getting dressed in a hotel room preparing for a lecture, I heard the CNN reporter from my television pose the question to the viewers just as the network was about to break into a commercial, “Do miracles really happen? One man believes they do. He claims he was healed through his faith in a nun who has now been declared the eighth American saint. More on this remarkable story after we return from our commercial break.”

As soon as I heard the words, “eighth American saint”, I knew exactly who the newscaster was talking about – Mother Theodore Guerin, the French nun who, in 1840 founded Saint-Mary-of-the-Woods College in Terre Haute, Indiana, my undergraduate college. I knew that Mother Guerin had been in line, as they say, for sainthood for decades, but healing miracles are required as one expression of proof that the soul of a person has become an on-going vessel of grace for those still on Earth. Miracles of genuine healing, however, are hard to come by; that is, the type that qualify as authentic miraculous evidence. Yet, such a miracle apparently had occurred on the grounds of the Woods, as the college (and convent property) is known. A man suffering from 90 percent loss of eyesight asked his wife to drive him to the church on campus so that he could say a prayer, just one prayer. His wife reminded him that he wasn’t a Catholic so what made him think that any good would come of praying in a Catholic Church, much less to some dead, invisible nun?

“It couldn’t hurt anything,” he said, especially since the news from his ophthalmologist was so grim. He only wanted to say a few words because he had heard rumors that healings – miracles – do happen. And he had heard that one happened through the intervention of that “dead nun”. With the help of his wife, this blind man walked into the church, knelt down and prayed to Mother Guerin, “I don’t know if you have any influence up there, but if you do, I’d appreciate some help.”

And then he left.

The next morning, he awoke with 20-20-vision, although the damaged tissue in his eyes remained unchanged. His ophthalmologist said that it was impossible for him to see anything, yet he had – and still has – perfect vision. Shortly after that, this man and his physician went to Rome to meet with the Council of Cardinals who examined miraculous healings. This was declared a miraculous healing and not too long afterwards Mother Guerin was canonized Saint Guerin, the Eighth American Saint.

The CNN reporter, of course, was determined to puncture this story. I knew the nun she was interviewing, a wonderful woman named Sister Kevin. The reporter tried this way and that to support the skeptical viewers position, with questions like, “But how is it that the impossible can happen?”

Finally, she asked Sister Kevin, “What exactly is a miracle?” I think this reporter thought that this question would baffle Sister Kevin, as if it would be a showstopper. Instead, Sister Kevin replied with such ease, grace, and confidence, “Oh, well, there are physical laws in this world and there are mystical laws. A miracle happens when God bends the mystical laws governing this universe just for you, just one time, for just one instant. And regardless of what the physical world of laws says is or is not possible, the power of mystical law is the governing authority in this world.”

All the CNN reporter could say in response was, “Thank you, Sister.” I suspected she had no idea that she had just been handed one of the most profound teachings she would ever hear in her life. I sat in that hotel room nearly breathless. I felt as if I had been swept up into a wondrous mystical experience. I realized how vastly empowering it would be to teach people about the nature of the mystical laws and how they operate within our psyches, our souls, and their governing authority in the cosmos. In that moment, nothing else made any sense to me. I have only grown in my passion and enthusiasm for the privilege of teaching this knowledge. And I am looking forward to being with all of you.

Ready to take control of your health? Download the Chopra App for personalized well-being guidance you can access anywhere. 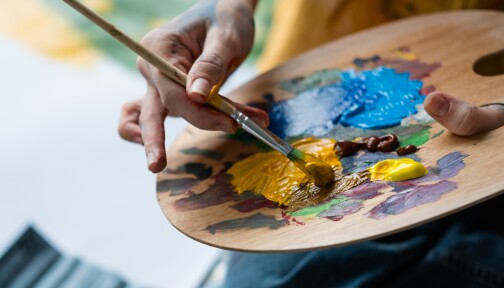 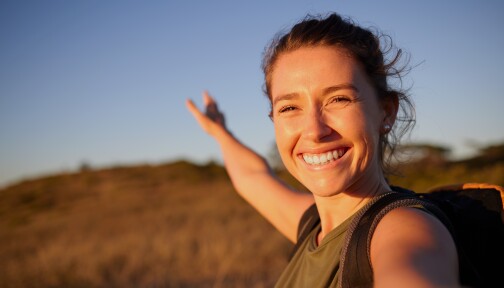