Why Companies Are Considering Shorter Workweeks to Support Mental Health

For people with full-time jobs, working four days a week rather than five days could have lasting positive effects for individuals and for society as a whole. Bold companies in the United States and abroad who want to offer their employees better opportunities for work-life balance are testing the 32-hour workweek and finding positive results. Here are some benefits to consider, ways to move forward, and legislators working on the issue.

As anyone working a full-time job knows, working forty hours a week does not leave time to attend to all the basics of managing a home, relationships, and a family, let alone ample time for personal development, integrating new wellness routines, and having downtime for rest and play. When a workweek is shortened to four days, that extra day off could be used to allow a person to recharge and restore while also feeling on top of the everyday to-dos of living a life.

With a 32-hour workweek, people can have time to cook more, practice meditation, and connect with others in loving ways. A person who returns to work after attending to their physical and mental well-being over the weekend could contribute to the culture in a positive way while having more energy for productivity and creative problem solving.

The Numbers of an Extra Day Off

If we look at the month of May 2022 as an example, without including Memorial Day off, there are 22 workdays and 9 days off in a five-day workweek. Using a four-day workweek model, there would be 18 days on and 13 days off. That leads to only 4 less workdays with a shortened week, and yet look at how much more balanced the numbers are: a 40-hour workweek means a person is working more than 70 percent of the month; a 32-hour workweek means a person is working 58 percent of the month, just by having an extra four days off.

A New York Times article called Why a California Congressman Has Proposed a Four-Day Workweek, published on March 21, 2022, states that California congressman Mark Takano introduced the 32-Hour Workweek Act in July of 2021 that would reduce the standard workweek by eight hours. Takano believes that, based on the results of the strain of the pandemic, now is a ripe time to re-evaluate and enact new approaches to how we structure our work and life balance.

Productivity and Morale Can Increase

How many people really can focus and do their best for 40 hours a week? Don’t most people who work Monday through Friday feel burned out by Thursday afternoon? How might their attitude change on Thursday, knowing they would be off for three days starting Friday?

In the aforementioned article, Why a California Congressman Has Proposed a Four-Day Workweek, Joe O’Connor, the chief executive of Four Day Week Global, a nonprofit group, said there’s “no correlation between working more hours and better productivity.”

On April 13, 2022, a piece by Irina Ivanova was published in Moneywatch for CBS News with the headline, “California lawmaker explains why she is pushing for a four-day workweek.” The piece focuses on assembly member Cristina Garcia who has cosponsored a bill that would apply to companies in California with 500 or more employees, making the official workweek 32 hours.

Garcia is quoted, “After two years of being in the pandemic, we've had over 47 million employees leave their job looking for better opportunities. They're sending a clear message they want a better work-life balance — they want better emotional and mental health, and this is part of that discussion."

While people against such a bill argue that companies can’t afford such a move, others have more compelling arguments that support people’s well-being without costing companies. Garcia notes that above all, companies can afford to pay their employees more because businesses have been doing well in recent years.

As for company culture, evidence in Moneywatch states, “a four-day workweek can have positive effects, boosting employee productivity while reducing stress,” and countries who have noted this include Iceland, Scotland, Spain, and Japan.

“After a nearly two-year-long pandemic that forced millions of people to explore remote work options, it’s safe to say that we can’t – and shouldn’t – simply go back to normal, because normal wasn’t working. People were spending more time at work, less time with loved ones, their health and well-being was worsening, and all the while, their pay has remained stagnant. This is a serious problem.”

Making This a Reality

On March 28, 2022, the Skimm published, “Are Four-Day Work Weeks in Our Future?” The article points out that companies in California who have given the four-day workweek a try or who have reduced workweeks to 32 hours have noted better employee morale and have continued with the shortened workweek even after the trial period.

According to the same article in the Skimm, several companies will follow suit as part of a pilot program called 4-Day Week Global. Companies can go to the 4-Day Week Global site to learn more and read statistics, research, and white papers with facts such as, “63% of businesses found it easier to attract and retain talent with a 4 day work week,” and “78% of employees with 4 day work weeks are happier and less stressed.”

The idea of a 4-day workweek is not new. It has been gaining momentum for years alongside the awakening in culture toward the importance of offsetting all the sitting, working, and screentime with more time to nourish the body and mind. Now is the ideal moment to consider this change and how it could help companies thrive with a new paradigm.

Cultivate balance, well-being, and intention in the workplace in Journey to Well-being: Work, a six-part series with Devi Brown, available now in the Chopra App. 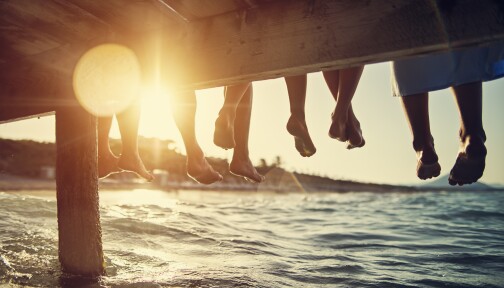 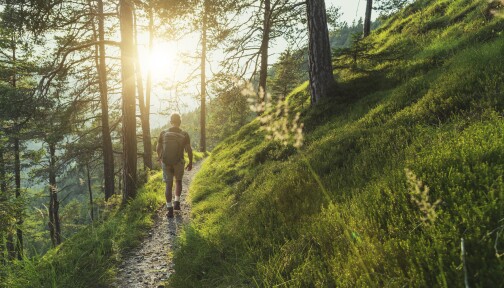 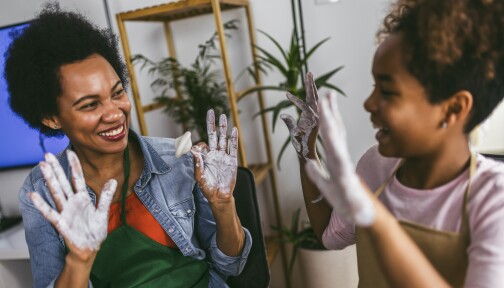 The Healing Power of Creativity