The Soul of a Dog: 5 Qualities of Being You Can Learn From Your Pooch

The soul of a dog is a very special expression of consciousness, as anyone who has ever known and loved a dog well understands. Animals have the capacity to teach you reverent, timeless spiritual truths simply by being who they are.

An indicator of progress along your spiritual path is when you start to see or “recognize” spirit within other beings. As your heart awakens to the Divine light shining within all souls, life becomes more rich, meaningful, and fulfilling. Let’s take a closer look at five qualities of being you can learn from your marvelous dog friends.

Living in the Moment

This is a profound spiritual teaching all animals have mastered. Sure, a stimulus of some kind can trigger a memory in their minds, which then triggers a certain reaction. But soon after, animals always return to the present moment. It’s their most natural state of being. Their homeostasis, you could say. Just as time spent around a friend who is jovial makes you feel light and happy, spending time around a being who is entirely present brings you to that state as well.

Just look deep into your dog’s eyes and feel how that moment engulfs you. When dogs gaze back at you, with their non-judgmental awareness, you’re able to surrender to the experience and be entirely present in return. Dogs don’t have hang-ups about time or aging. Their concept of time is so different from ours. Think of when you step outside to get the mail and come back inside to a celebration as if you’d been gone a year! They don’t know exactly how long you were gone; they just know that they missed you.

This is a state of being which is capable of changing your entire life experience. When you’re able to completely surrender to what is, an inner stillness sets in and you lose the incessant desire to control every situation and outcome.

Pay close attention to how your dog demonstrates acceptance. Pause a couple times today to observe when and how they display this quality of being. Notice how they’re typically content in whatever circumstances they find themselves in, as luxurious or meager as they may be. Dogs really are masters of the saying, “Let go and let God.”

This is something that’s as natural to a dog as breathing. Living in the moment, they don’t have an agenda like people often do, and so this is likely why they’re able to act so selflessly; their “I, me, and mine” is out of the picture. It could be said that that their Dharma or purpose in life is selfless service, called Seva in Sanskrit. It seems that when they’re helping others and they’re cared for, they feel such joy and reward that it motivates them to do more and more of it. Sure there are times when it might not feel this way, like when they don’t come when called or sneak food off the table. But think of the joy when they finally master a new trick you’ve been trying to teach them, the way they light up from simply having pleased you.

And when it really matters, they are always willing to give what they have to offer: an excitement they can barely contain when you come home from a tiring day at work, a sweet cuddle when you’re feeling lonely, or simply an adorable look in their eyes. It’s often said that a dog is the only creature who loves you more than it loves itself. There are in fact countless stories of dogs who instinctively and without any hesitation gave their own life for the sake of their human’s.

This is ever-present in dogs and bubbles over at a moment’s notice; they’re perpetually ready for the party to begin. A dog’s natural state is bliss, also known as Ananda in Sanskrit. Their light-hearted nature and unselfconscious silliness is contagious.

Have you ever been just hanging out with your dog and notice that you have a huge smile on your face? Your laughter fuels their quirky character, bringing joy to everyone around. Observing the same qualities of being from another perspective, you can see that even animals who are subject to abuse or used in animal testing have an innate peace about them, at least when they’re not in acute pain (and sometimes even then too). Their natural state is that of the witness perspective, the silent presence that observes life’s ebbs and flows without judgment, which allows bliss to be ever-present.

This is innate in most sentient beings. Your canine companions usually love nothing more than simply being near you. Even a shy dog who may not want to physically touch or get too close still prefers to be in the same room with you rather than in another room. No matter where you go (even to the loo), your trusty friends want to be by your side and keep an eye on you. They’ll park themselves right next to you and most of the small ones (and sometimes even big ones) find laps to be the ideal sitting spot.

Unity (which is the definition of the word Yoga) is a dog’s default point of view; they don’t see themselves as separate from other things. They don’t have the same judgements humans tend to hold about their differences. This is demonstrated in the many cases in which different species of animals grow up together. Even if the species normally would not be friendly, or if one would typically prey on the other, as fully grown animals they will often stay bonded, comfortable around each other, and unaware of their differences.

Dogs have so much to teach you about what it means to be a good human. Their open hearts shine Divine light on everyone they touch, regardless of who they may be, and encourage your heart to blossom in turn. They are your companions not only in life, but on the spiritual path we all travel together.

Discover Deepak Chopra’s secrets to reach your true potential and become the best version of yourself at our one-of-a-kind event, Infinite Possibilities. Learn More. 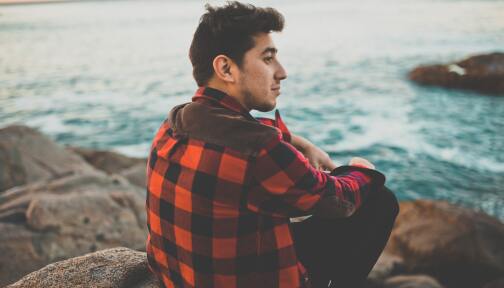