In this country, you’d have to be willfully ignorant to not know about racism, police brutality, income inequality, global warming, the staggering cost of medical care, and the rapacious activity of huge international corporations.

A secondary benefit of a massive crisis is that change can occur. People have waked up enough to protest racism and police brutality. COVID-19 deaths have waked up enough people that Medicare for all has a viable chance of happening. We cannot afford to keep recycling the same old story once things get back to normal. As overwhelming as a massive crisis is, the good news is that the solutions are just as well known as the problems.

If you stare this crisis in the face without flinching, the solutions stare back at you. They include

Each of these problems, by general consensus, is moving in the wrong direction. Even though everyone knows what the problems are, and generally speaking the solutions are staring us in the face, the situation isn’t improving. Why? Slavery, child labor, lynching, tainted food, and totalitarianism were changed in the past, and at the time when reformers confronted these horrific problems, the same obstacles were presented by rich, powerful, corrupt, entrenched forces acting in bad faith that we see today.
Something fundamental is as true today as in the distant past: “The only thing necessary for the triumph of evil is for good men to do nothing.” The axiom came from Edmund Burke, a giant in 18th-century English politics who also happened to be a conservative. Reformers count on good men (and women) to act on what they already know. This is a simple matter of vision. Change your vision, get enough people to agree with you, and good prevails.

I think of this as the new American Dream, because the old American Dream no longer inspires the vast majority of us. The Land of Opportunity is the old American Dream, to put it in a nutshell. But where has opportunity gotten us? Rampant materialism, mindless consumerism, the dominance of the rich against the poor, woeful social mobility, unchecked polluters, political apathy that has allowed two generations of reactionaries to advance their agenda. Hollowness and corruption were not supposed to be the legacy of the American Dream, but now we’ve learned to live with them in the hope that the goodies we amass won’t be taken from us.

The tragic irony is that every problem can be solved without sacrificing American prosperity. What did polluted air and water, exorbitantly expensive health care, stockpiles of nuclear weapons, trampled minorities, the burgeoning super-rich, the corporate stripping of retirement plans, and venal demagogues in places of power do to make you happier? It’s not a wild surmise to answer “Next to nothing.”

The United States has around 4.5% of the world’s population while generating 20% of the global economy, leading the world in greenhouse gas emissions (second only to China), enjoying the world’s most expensive health care with the worst returns from the existing medical system, and standing alone among developed Western nations in not guaranteeing housing, education, and free medical care to its citizens. We do not have to call these things the product of evil, but they are certainly the product of inattention, inertia, social barriers, reactionary political forces, apathy, and a lack of shared vision.

Of all the things that keep us from a better life, I think the lack of shared vision is the one we can change right now because no outside power can stifle the mind completely. The mind is free if you wake up to what you already know is right. Such a step isn’t difficult, but another maxim must be heeded: “Be the change you want to see in the world.”

If you know what the solutions are, you are already part of the new American Dream. You are not a victim of fate, circumstances, or history as long as you are awake instead of asleep. The real opportunities have never been material in the first place but mental. No one has taken that opportunity away from you. Only habit and inertia have caused the sleepiness of the past to remain in place. Being the change you want to see in the world doesn’t require unusual courage or scary action.

It only requires that you stop telling yourself that things will change while at the same time recycling the same old attitudes, beliefs, fears, blindness, conditioning, and apathy. Those are the pernicious forces that led us into the current crisis. If American exceptionalism is true, then why are we the worst country in the world to deal with the pandemic, led by reprehensible politicians intent on preventing the common good instead of promoting it? The only shred of exceptionalism left to us is a vision of possibilities. To me, a new American Dream requires nothing more, thank goodness. 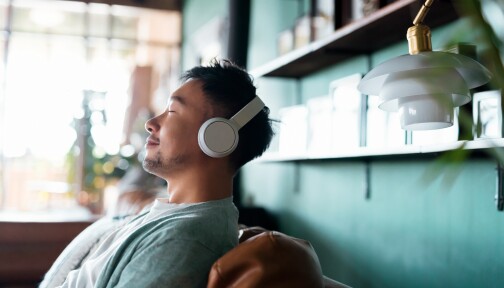 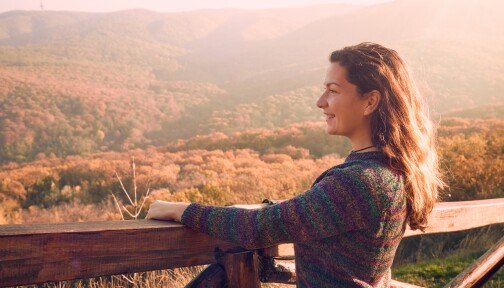 Use Gratitude to Cultivate Abundance Mindset 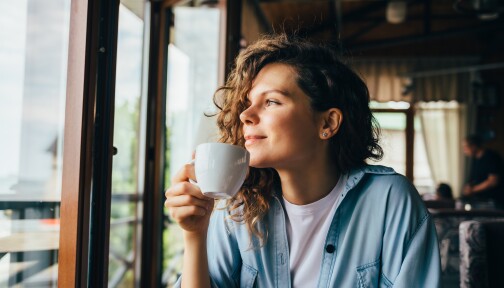 What Scheduling Weekly Coffees Taught Me About Abundance