The Many Benefits and Uses of Ashwagandha

Popular herbs such as lavender and chamomile are commonly found in many holistic products. These herbs, in the form of essential oils, are known for their calming effects, with many people turning to them for relief during periods of high stress.

A lesser-known herb but one with similar benefits (in addition to many others) and gaining in popularity is ashwagandha. Used in Ayurveda, an Indian system of traditional medicine, ashwagandha can help improve a wide range of concerns from mental health issues to weight management. Belonging to the Solanaceae (or nightshade) family, ashwagandha is also referred to as “Indian ginseng” or Withania somnifera.

According to a 2016 article on NutraIngredients-USA, consumer sales and recognition of ashwagandha is on the rise. Experts predict the herb will grow in popularity, assuming more research is published in support of its health benefits.

Herbal supplements such as kava, chamomile, and lavender have long been used to specifically treat and manage anxiety (although more research is needed to understand the specific benefits and risks). Ashwagandha, with its relaxing properties, is gaining in popularity and makes for a perfect addition to this list.

A 2012 systematic review examined the effectiveness of ashwagandha root, ashwagandha powder, and ashwagandha extract on anxiety and stress in five randomized controlled trials from previously published research. The researchers found that the ayurvedic herb improved symptoms, significantly in some cases, compared to placebo groups. The researchers also concluded that ashwagandha is safe for general use but believe additional research is necessary to determine standardization and dosage.

Another study published in 2017 in the Journal of Evidence-Based Complementary and Alternative Medicine found that ashwagandha aided in weight loss by reducing participants’ stress and anxiety levels. Researchers provided 52 chronically stressed participants with either a placebo or 300 milligrams of ashwagandha root extract twice a day for eight weeks. They were then asked to complete questionnaires regarding their well-being, stress levels, and eating habits as well as tests to measure cortisol, weight, and body mass index.

The researchers found that those who took ashwagandha improved significantly across all measures (i.e., well-being, weight, and stress levels). Moreover, at the end of the eight weeks, participants who had taken the herb had significantly lower cortisol levels than the placebo group. Interestingly, both groups had similar cortisol levels at the beginning of the study. Researchers not only found the herb to be effective in weight management for the chronically stressed, but also concluded it was safe and well tolerated.

Triethylene glycol (TEG), an active ingredient found in ashwagandha, may help to induce sleep, according to a 2017 animal study conducted in Japan. Researchers found that ashwagandha leaf increased sleep in mice when administered orally. Non-rapid eye movement (NREM) sleep episodes increased with the usage of TEG, which, according to the researchers, suggests that the molecule promotes deeper sleep.

A study conducted in 2014 and published in Biological & Pharmaceutical Bulletin found ashwagandha extract to have neuroprotective effects on disorders such as Alzheimer’s disease, Parkinson’s disease, Huntington’s disease, and spinal cord injuries. The researchers point to ashwagandha’s anti-inflammatory, anti-tumor, and antioxidant properties, as well as its positive effect on memory and insomnia, as possible explanations as to how it can improve symptoms of neurodegenerative disease.

Another study conducted in 2015 evaluated the safety and efficacy of ashwagandha powder and Sidh Makardhwa, an Ayurvedic medicine made with mineral and herbal ingredients, on patients with rheumatoid arthritis. Eighty-six participants with joint pain were administered five grams of ashwagandha twice daily for three weeks and 100 milligrams of Sidh Makardhwa for the next four weeks. At the end of treatment, patients reported a decrease in rheumatoid arthritis, although the researchers didn’t make clear if the results were due to a combination of the two herbs or by a single herb.

Ashwagandha can improve reproductivity in a variety of ways, according to a 2018 systematic review published in Biomed Research International. Studies reviewed indicated ashwagandha may enhance semen quality in males and improve hormonal balance in both males and females.

Moreover, in a 2013 pilot study, 46 male patients with oligospermia, or a low sperm count, were either administered 675 milligrams of ashwagandha for 90 days or given a placebo. Those given the herb saw a 167 percent increase in sperm count and 53 percent in volume compared to the placebo group.

The antibacterial properties and activity of ashwagandha extract, according to a 2014 study, may explain its effectiveness in warding off microbial infections. A separate study suggests ashwagandha’s active ingredients, flavonoids and withanolides, in addition to natural antioxidants and the other contributors to an antioxidant effect (such as superoxide dismutase, catalase, and glutathione peroxidase), contribute to its antioxidant effect, as well as anti-aging, anti-infective, rejuvenating, and mood-enhancing properties.

Anti-inflammatory, anti-tumor and anti-stress properties and improved immune system functioning were also associated with ashwagandha, according to the findings of a systematic review of 58 articles on the subject published in Alternative Medicine Review: A Journal of Clinical Therapeutic. Furthermore, the literature reviewed of the herb’s toxicity indicated little to no association, prompting researchers to label it as a safe compound.

A pilot study conducted in 2017 published in the Journal of Dietary Supplements treated 50 adults with either a placebo pill or 300 milligrams of ashwagandha root extract twice a day for eight weeks. The treatment group displayed significant improvement in logical memory, faces, family pictures, and verbal associations compared to the placebo group. They also showed greater improvement in executive functioning, attention sustainability, and rate of information-processing compared to the placebo group.

An ashwagandha herbal supplement can be taken in a variety of ways. It can be consumed in pill form, either by itself or along with other aiding ingredients (additions that can boost support for energy or improved mood). Additionally, it comes in the form of powder, tea, liquid, and even a coffee mixture.

According to a 2014 Psychology Today article, a typical dosage of ashwagandha is about 300 milligrams standardized to a 1 percent to 5 percent concentration of withanolides (naturally derived compounds with anti-inflammatory properties) once or twice a day. Note: Consult a doctor if you aren’t sure how much to take or if the product label doesn’t provide a suggested amount.

Potential Side Effects of Ashwagandha

In a 2012 study published in the Indian Journal of Psychological Medicine, highly concentrated ashwagandha root was found to be well tolerated by participants. According to the researchers, these findings are consistent with previous studies where no adverse or withdrawal symptoms were observed in connection with the herb.

Important to note: Ashwagandha plant should be avoided if you are allergic to it or any other plant belonging to the Solanaceae family.

Whether you’re looking to lower cortisol levels (something almost everyone can benefit from) or simply need an energy boost, ashwagandha is likely to provide you with some relief. Time will tell whether or not it will become as widely used as more popular herbs such as lavender, but the research seems to indicate that it’s on its way. 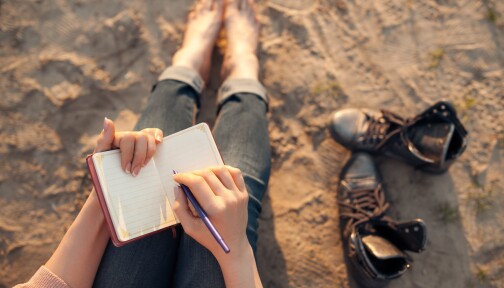 How to Keep Pitta Balanced This Summer to Enjoy the Season