The Health Benefits of Practicing Compassion

Compassion is changing before our eyes. A religious concept associated with Jesus and Buddha (known as “the Compassionate One”) is being researched today through brain scans and positive psychology. In positive psychology your aim is to reach a state of well-being. The actions of a compassionate person, being kind and sympathetic, turn out to bring personal benefits as well. This is one way that a spiritual value acquires practical, everyday value.

As part of a compassionate lifestyle, a person:

The reason a compassionate lifestyle leads to greater psychological well-being may be that the act of giving is equally or more pleasurable than receiving. A brain-imaging study led by neuroscientists at the National Institutes of Health showed that the “pleasure centers” in the brain—the parts that are active when we experience things like dessert, money, and sex—are equally active vicariously. We feel pleasure, for example, when we observe someone giving money to charity as if we were receiving the money ourselves. A complementary study at the University of British Columbia showed that even in children as young as two, giving treats to others increased the givers’ happiness more than receiving treats themselves.
In a description written from the viewpoint of positive psychology, compassion is “an evolved part of human nature, rooted in our brain and biology.” In other words, as human beings evolved, we became more aware of the good that results from empathy and kindness. We developed an alternative to selfishness. Studies have suggested that compassion is indeed an evolved part of human nature, vital to good health and even to the survival of our species. Compassion motivated 26.5 percent of Americans to volunteer in 2012, according to the U.S. Department of Labor.

A recent study found that the pupils of infants’ eyes widened when they saw someone in need—a sign of concern—but their pupils would shrink when they could help that person—or when they saw someone else help, suggesting that they felt better. (Babies as young as four or five months will try to help their mothers pick up something dropped on the floor.) They seem to care primarily for the other person and not themselves. It was calming to see the person’s suffering being alleviated, whether or not they were the ones who did it.

In the same vein, research by David Rand at Harvard University shows that adults’ and children’s first impulse is to help others, not to compete with them. Other research by Dale Miller at Stanford’s Graduate School of Business backs this up. Compassion involves feeling what someone else is feeling, which forms an invisible bond. But the bond is more than mental or emotional. Research in positive psychology suggests that connecting with others in a meaningful way helps us enjoy better physical health and speeds up recovery from disease; it may even lengthen our lifespan.

These physiological findings go back almost 30 years to experiments at Harvard where people watched a film on the charitable work of Mother Teresa of Calcutta, who devoted her life to the poorest children in India. As they watched, the viewers’ heart rate and blood pressure changed in a positive direction.

More sophisticated measurements are available to us now. New research at UCLA and the University of North Carolina evaluated the levels of cellular inflammation in people who describe themselves as “very happy.” Inflammation is suspected to be at the root of cancer and other diseases and is generally high in people who live under a lot of stress. We might expect that inflammation would be lower for people with higher levels of happiness. But there was an important distinction. People who were happy because they lived a life of pleasure (also known as “hedonic happiness”) had high inflammation levels, while people who were happy because they lived a life of purpose or meaning (also known as “eudaimonic happiness”) had low inflammation levels. A life of meaning and purpose is one focused less on satisfying oneself and more on others. It is often a life rich in compassion and altruism.

As for longevity, a compassionate lifestyle may be beneficial because it provides a buffer against stress. A recent study conducted on a large population (more than 800 samples) led at the University at Buffalo found that stress was linked to higher mortality rates, but not among those who helped others.

In sum, the spiritual value of compassion has been shown to extend to mind and body as well. It’s in our nature to be sympathetic and kind to others while doing great good to ourselves at the same time. 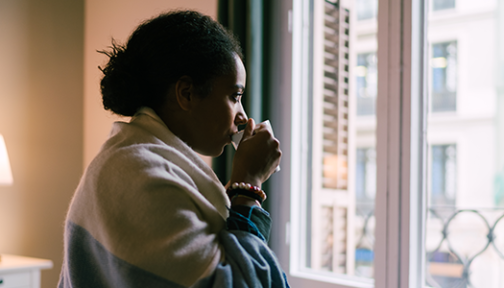 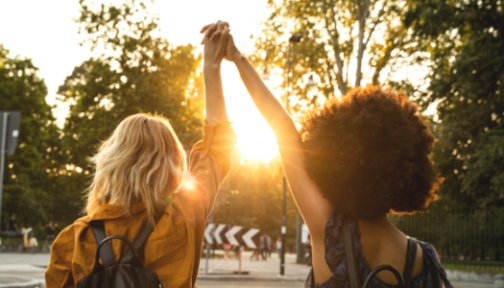