Zen Master, spiritual leader, author, poet, and peace activist Thich Nhat Hanh was a world-revered teacher of mindfulness, global ethics, and peace. One of the most influential spiritual figures in recent history, Thay (as he was called by his followers and community, which is Vietnamese for teacher), was known for making Buddhism accessible to a mainstream audience and his teachings on integrating mindfulness practice into daily life. Although he recently passed away on January 22, 2022, at the age of 95, the ripples of Thay’s influence will undoubtably be felt for countless generations to come.

The Life and Times of Thich Nhat Hanh

Thich Nhat Hanh was born in central Vietnam in 1926. The second youngest of six children, Thay was first exposed to Buddhism when he began to read Buddhist books belonging to his older brother. Images in those books kindled a desire in Thay to be like the Buddha and embody peace, calm, and ease. In 1942, at the age of sixteen Thich Nhat Hanh entered Tu Hieu Temple as a novice monk.

As a young monk, Thay participated in the revival of Buddhism in Vietnam and became one of the first monks to study and teach abroad in the United States at both Princeton Theological Seminary and Columbia University.

When war came to Vietnam and in an effort to adhere to the contemplative life of a monk while helping those suffering in the turmoil of war, Thay founded the Engaged Buddhism Movement. His book, Lotus in a Sea of Fire - A Buddhist Proposal for Peace became a powerful catalyst for the anti-war movement growing in the United States. As an emissary for peace, Thich Nhat Hanh traveled to both Europe and the U.S. in 1966 to call for an end to the hostilities in Vietnam. During this trip, Thay met Dr. Martin Luther King, Jr. who would go on to nominate him for the Nobel Peace Prize the following year. Unfortunately, for daring to call for peace in Vietnam, Thay was labeled a traitor to his country and was denied the right to return to Vietnam, beginning an exile of nearly 40 years.

Despite his exile, Thay traveled widely advocating for peace. He met with prominent and outspoken critics of the war such as playwright Arthur Miller, philosopher Bertrand Russell, Father Thomas Merton, and Pope Paul VI. He visited Paris, Rome, Amsterdam, Australia, New Zealand, and Japan, always carrying the message of peace and fellowship amongst all people.

During this time, the suffering of the Vietnamese people and the assassination of his spiritual brother and friend Dr. Martin Luther King, Jr., led Thay to explore the causes of hostility and violence in the human condition. He concluded the wrong views or perceptions we hold of ourselves and others prevent us from seeing the love and understanding that lies in the heart of all beings. Only with correct perceptions can we see the interrelatedness of all beings.

Continuing his teachings in Paris, Thay established the Sweet Potato Community in 1975 and then later moved to a larger site in 1982 known as “Plum Village”, which has grown to become the West’s largest Buddhist Monastery. With over 200 monastics and welcoming thousands of visitors each year, Plum Village is the epicenter of Thich Nhat Hanh’s teachings, focusing on the art of mindful living.

Over the last several years Thich Nhat Hanh opened several mindfulness centers in the United States, Thailand, and Australia. These centers host retreats for businesspeople, teachers, students, veterans, and politicians with over 75,000 people participating in Plum Village teachings each year.

In 2014, Thay suffered a stroke that left him unable to speak, however he continued to hold space and presence as an embodiment of the Dharma he taught throughout his life. In 2018 Thich Nhat Hanh returned to his native Vietnam and chose to remain there for the remainder of his life. Surrounded by his disciples, Thich Nhat Hanh peacefully passed away in the early hours of January 22, 2022.

Central to Thich Nhat Hanh’s teachings is the highly accessible practice of mindfulness, or full and engaged present moment awareness. His interpretation of mindful practices shared in his 1975 book The Miracle of Mindfulness introduced his students to simple methods of mindful practice such as mindful dish washing, mindful teeth brushing, mindful walking, and deep listening. Doing this, Thay helped to de-mystify mindfulness and brought it into everyday life. In his view mindfulness is a skill to be cultivated all day long, during every activity.

With mindfulness, you can establish yourself in the present in order to touch the wonders of life that are available in that moment. - Thich Nhat Hanh

Another foundational concept is that of interbeing. Interbeing refers to the inseparable nature of each of us to each other, the ecosystem, and the entire universe. We are deeply interconnected and entangled to our environment, in fact, as Buddhism teaches, there is no separate self, we are all one. Therefore, what happens to one of us impacts all of humanity. When we understand that we are all interconnected interbeings, we recognize ourselves in the other and the other in ourselves.

The understanding of interbeing is very important. It helps us to remove the illusion of loneliness, and transform the anger that comes from the feeling of separation. - Thich Nhat Hanh

Interbeing flows naturally into the principle of ecology, or the conscious and mindful stewardship of our planet and its resources. Thay argued for a solution to the climate crisis that involved not simply new technologies, but also community and cooperation rooted int the understanding that the earth is not only our home, but a living, breathing part of us.

There’s a revolution that needs to happen and it starts from inside each one of us. We need to wake up and fall in love with Earth. Our personal and collective happiness and survival depends on it. - Thich Nhat Hanh

Perhaps Thich Nhat Hanh’s most important contribution, however, has been to the cultivation of peace. He taught that it isn’t reasonable to expect peace in the world if we can’t have peace within ourselves. The roots of violence, hatred, and war are not in some external object or situation, but rather in our own hearts and until we can cultivate peace in our own body and mind, we will never experience it as an external reality.

You can put all the bombs on the moon, but if you do not uproot the bombs in people’s hearts, war will continue. - Thich Nhat Hanh

During his lifetime Thich Nhat Hanh wrote over 100 books on meditation, mindfulness, ethics, peace, education, the nature of suffering, and the Buddha’s teachings. The Plum Village Key Books Page is a wonderful resource for beginning your journey into Thich Nhat Hanh’s teachings. Amongst those, some standout recommendations are:

In addition, the YouTube Plum Village Channel contains a robust library of videos and Dharma talks by Thich Nhat Hanh and his students at Plum Village.

Thich Nhat Hanh will undoubtedly be remembered as one of the greatest teachers of Buddhism of our time. The “Father of mindfulness” made a global impact on the collective consciousness of the world through his efforts to create more peace, joy, and compassion. His legacy includes over 700 monastic disciples, lay teachers, and a community of hundreds of thousands of followers throughout the world. In the end, however, Thay’s most powerful impact was how he lived his life.

Our own life has to be our message. - Thich Nhat Hanh 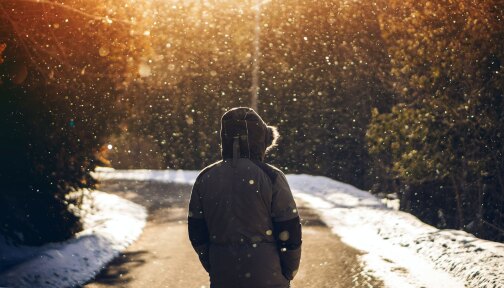