Quality sleep plays an important role in physical and mental health. Chronic sleep insufficiency increases risk factors for nearly every major disease. Yet, according to the Centers for Disease Control nearly one-third of Americans are habitually sleep-deprived. Prioritizing sufficient, quality rest may be the single biggest step that you can take to stave off disease and promote wellbeing.

The following principles will help to align your sleep habits with practices known to promote better sleep. As your body becomes more rejuvenated, your energy levels, productivity, and optimism will naturally expand.

Sleep researchers have found that thirty consecutive minutes of heart-pumping activity can significantly improve sleep quality and onset, meaning the length of time it takes to fall asleep. Moderate to vigorous exercise, the kind that elevates your heart rate, is the only requirement. Since exercise increases endorphins and raises core body temperature, both of which are stimulating, some researchers suggest scheduling your exercise window prior to dinner. Given that exercise is activating, mornings are often considered the ideal window. In fact, Ayurveda has long recommended vigorous movement during the Kapha period of the morning, between 6 and 10 A.M.

The body thrives on routines. Establishing and maintaining consistent routines allows environmental inputs to inform the body of when to produce the hormones that trigger wakefulness, digestion, productivity, and sleep. If you consistently awaken at 6 A.M., your body will start to release cortisol just prior to the alarm bell. This is why individuals who wake at the same time each day eventually do not need an alarm clock. Similarly, if you eat breakfast every morning at the same time your body will begin producing hydrochloric acid immediately prior to your meal. The same thing applies to sleep. When you go to bed at the same time each night, your body’s intelligent system produces melatonin at exactly the right time to support your bedtime routine. Work with the intelligence of your body by creating predictable routines for waking, moving, eating, and sleeping.

Shutting down phones, computers, televisions, and tablets before bed is something that most people know they should do but few actually implement. Yet, there is solid research proving that the blue light from screens within two hours of bedtime inhibits melatonin production and disrupts sleep throughout the night. Harvard researchers compared the effects of blue and green light exposure prior to sleep and found that “blue light suppressed melatonin for about twice as long as the green light and shifted circadian rhythms by twice as much.” The obvious solution is to shut down all screen devices two hours prior to bedtime. When this is not possible, wear blue light blocking glasses to minimize the blue light exposure.

A National Sleep Foundation poll found that a cool bedroom temperature is one of the most significant contributing factors to a good night’s rest. As bedtime approaches, the body naturally lowers its core temperature. Studies show that people who experience insomnia have higher core body temperatures before falling asleep than those who have no trouble sleeping.

By sleeping in a warm environment, the body’s automatic temperature drop preceding sleep fails to occur.

Bedroom temperatures should be kept between 60 and 68 degrees Fahrenheit to promote restful sleep. Additionally, taking a warm bath two hours before bed can artificially induce the core temperature decrease associated with good sleep. A meta-analysis of 17 studies found that taking an evening shower or bath in water between 104 and 108.5 degrees Fahrenheit improved sleep quality and onset.

Brining anxious, worried, or frustrated feelings with you to bed is a sure recipe for a poor night of sleep. Instead of brooding over the day’s challenges, make a practice of letting them go. Meditation, journaling, reading, and restorative yoga are all ways of releasing the restless thoughts that lead to restless nights.

Another great way to put the day into perspective is to write down what went well. Positive psychology pioneer, Martin Seligman, found that ending the day by writing down three things that went well and why resulted in measurable increases in happiness as well as lower depression scores for participants. Seligman says, “It works because it changes your focus from the things that go wrong in life to the things that you might take for granted that go well. And focusing your attention on things that go well breaks up depression and increases happiness.” However you choose to let go of the day’s stressors, make it a regular part of your wind-down routine.

Food is nature’s pharmacy and it turns out that pistachios may be just the medicine to help you sleep better. An analysis conducted by Louisiana State University found that, “Pistachios contain certain phenolics which can reduce the breakdown of tryptophan to toxic compounds so that it is converted to melatonin. The increase in tryptophan has the potential to help with delayed sleep onset, sleep duration and quality.” In addition, pistachios contain magnesium, B6, and protein, all of which contribute to better sleep. Eating an ounce or two of pistachios before bed can set the stage for an optimal night of sleep.

Along with exercise and good nutrition, sleep is a foundational pillar of health. By optimizing sleep, you can prioritize your well-being and increase your level of life satisfaction.

Find support for restful sleep with Pranayama for Sleep, a four-part series with Dr. Amit Anand, available now in the Chopra App. 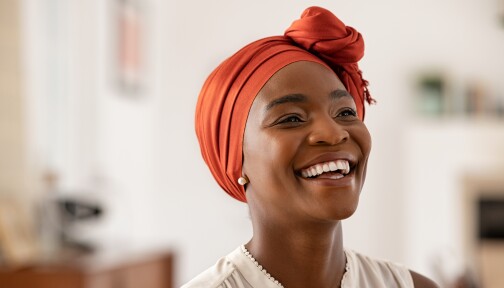 How to Implement New and Healthy Routines and Rituals