The Colombian-born singer is recognized globally for reviving reggaeton, a Spanish-language musical genre with roots in Puerto Rico, Panama, and Jamaica, to an international audience. But Balvin’s ascent to worldwide superstardom has not been without mission. He has bravely shared his personal challenges with mental health and advocated for well-being practices. Balvin’s commitment to serving others by sharing his story makes him an ideal partner for Chopra’s first Spanish-produced meditation, bringing mindfulness and expanded awareness to our global collective.

He’s not exaggerating. Balvin, born José Álvaro Osorio Balvin, has experienced the negative, and sometimes dangerous, side effects of fame and has openly discussed his struggles with depression and anxiety throughout his career.

While the good vibes artist tasted fame as a burgeoning singer in Colombia in the early 2010s, nothing prepared him for the almost overnight intercontinental success he gained from massive hits like "Mi Gente". The smash also had cross-over reach and inspired Beyoncé to produce a remix that reached No. 3 in the US. That collaboration landed him a performance alongside the pop star during her 2018 headlining at the Coachella Valley Music and Arts Festival. Later, "I Like It," Cardi B’s Latin-infused monster hit featuring Balvin (and Puerto Rican trap megastar Bad Bunny) went to No. 1 on the US Billboard Hot 100.

From there, Balvin’s triumphs have been astronomical. One of the most successful musicians in the world, he shared the stage with Jennifer Lopez during the Super Bowl LIV halftime show, has monthly streaming figures greater than most pop stars, and has music videos with billions of views. He’s received awards and nominations at the Grammys, Latin Grammys, Billboard Latin Music Awards, and MTV Video Music Awards.

As he shattered barriers and sold-out concerts, the expanding popularity of J Balvin came at a price in the deterioration of his mental health. In 2019, he opened up about his struggle with anxiety and depression as well as his decision to seek and obtain professional help, becoming a much-needed advocate for mental health and wellness in pop culture.

In a July 2019 interview with the Guardian, Balvin shared that his growing fame and riches became “a really stressful moment in life,” where “everything was going crazy for me” and he felt “lost in too many ways.”

While Balvin understood he wasn’t well, the artist wasn’t quick to find a therapist. Like many others in Latinx communities, where mental health treatment is often still stigmatized as being for the “weak” and “crazy,” Balvin attempted several holistic alternatives before realizing he needed professional help.

“I did everything but the right thing, which was to go to the person who can check my brain,” he told the Guardian. “That was the very last move, but it was the most important one, and that’s when I understood things better.”

After finding a therapist, he adopted nourishing habits that have allowed him to navigate his prominence as well as his health. The singer meditates twice daily, doesn’t smoke, drink or take illegal drugs, and finds coloring books to be relaxing.

His journey toward wellness has also inspired his art. On March 19, 2020, while many countries around the world were already under quarantine as a result of the Covid-19 pandemic, Balvin released his fourth studio album, Colores, Spanish for Colors. The project, which arrived to international critical acclaim, was accompanied by a “guided meditation.” Between the album’s songs, all of which are titled after different colors as well as the rainbow, the singer takes a few seconds to encourage listeners to breathe as he softly discusses the feeling each hue brings to his life.

“It’s like going deep down into the sea and then coming up with the waves and feeling that calmness that was below,” Balvin said in “Bienvenidos a Colores” (“Welcome to Colors”), an introductory track. “It allows my creativity or the way I work to be simpler, less complicated. The idea of making Colores came in a moment of meditation. When I close my eyes, sometimes I feel the colors.”

Following the album’s release, Balvin has also been using Instagram Live to host meditation sessions and video chats with friends, including Cardi B. In a recent interview with Rolling Stone, where Balvin was described as “the zen master of reggaeton,” he discussed the power of mindfulness but also noted that he’s still “a student learning every day.”

Starting today, Balvin will bring meditation to people around the world, in collaboration with Chopra, through the bilingual "Renew Yourself: Body, Mind & Spirit" 21-day meditation experience. The free program will help participants build resilience, find healing, and create a new version of their lives, and shared world. By learning to listen to their body, mind, and spirit they can move beyond old, limiting beliefs and patterns. "Meditation, to me, can be one of the key first steps in achieving mental and spiritual well-being," Balvin wrote in People just this week to promote the program. "I’m just a kid from Colombia who followed his dream, and meditation saved my life."

Balvin, whose music calls for love, positivity, compassion, and wellness, is sure to be an outstanding partner to Chopra and his mission.

"Renew Yourself: Body, Mind & Spirit" will run until August 31, 2020, and will be available on the Chopra website and within the mobile app.

Healing with Our Children in the Pandemic and Beyond 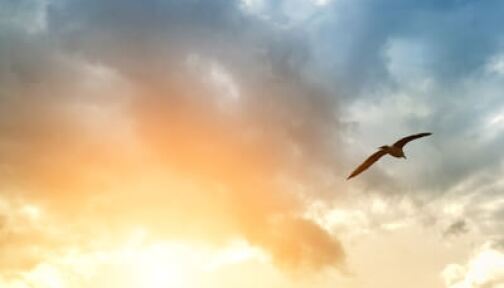 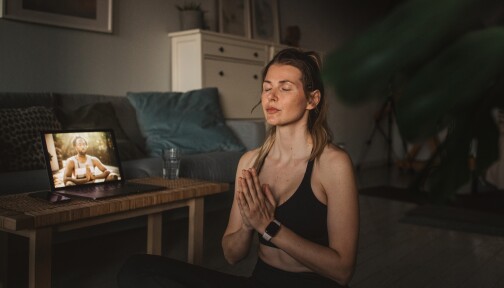 What Is a Mantra?