How to Stop Procrastinating

Ugh! I’m so full, I can’t breathe!” says Rose as she finishes her cheeseburger. “And I’ve got to lose weight … I think I’ll have the crème brûlée” Across the table, her oncologist friend, Linda, lights up, handling the stress of treating cancer patients by smoking like a chimney. Meanwhile Barb is complaining about her 27-year-old son, Randy. “If he doesn’t get a job and move out soon,” she says, “I don’t know what I’ll do.” Rose and Linda know what Barb will do—she’ll keep cooking and cleaning for Randy until she dies of old age.

In their book The Knowing-Doing Gap: How Smart Companies Turn Knowledge into Action, authors Jeffrey Pfeffer and Robert I. Sutton discuss why our actions often don’t match our ideals, and what we can do about it. Although the authors’ research is drawn from the corporate world, I read the book as a self-help guide, looking for ways to stop perpetuating behavior I know is bad for me: postponing work, playing addictive computer games, eating hotel minibar food that hardens my arteries and costs more than its weight in enriched uranium. If you’re a cognitive dissonance sufferer like Rose, Linda, Barbara, and me, try these dos and don’ts that I’ve adapted from Pfeffer and Sutton for closing the knowing-doing gap:

Talk, talk, talk. Mike is tolerating his awful relationship by creating storms of verbiage that make him think he and his girlfriend are making progress, even though they aren’t. He’s not alone. Substituting talk for action is perhaps the most common way we fall into the knowing-doing gap. Many corporate teams spend so much time creating strategies and mission statements, they don’t actually implement anything. The same goes for individuals. We plan, consider, discuss, brood—and count the word-spinning hours as “action.” We think we’re working toward our goals when in fact we’re spinning our wheels.

Do Hit Your Mute Button

If you’re not sure whether you’re in danger of talking your dreams to death, try something for me. Today, whenever you mutter your usual reminders about cleaning the closet, learning to tango, or finding a new job/boyfriend/oven thermometer, make a note of it on a piece of paper. At the end of the day, read over your list and ask yourself, “Did I do anything that created a measurable change toward each goal?” If not, you’re substituting words for action. You can close the knowing-doing gap only by focusing on observable change—not plans, comments, or excuses. You don’t have to build Rome in a day; small tweaks are more sustainable, and thus more effective, than attempts at total revolution.

One of my favorite cartoons shows two scientists working on a massive equation. In the center of countless numbers and symbols are the words, “A miracle occurs.” This kind of fuzzy logic is actually very de-motivating. As Pfeffer and Sutton note, companies often fail to act when managers don’t know every step in the processes they’re managing. The same thing happens when individuals have an incomplete plan. Uncertainty stops people in their tracks—smack-dab in the knowing-doing gap.

Do Figure Out What’s Standing Between You And Your Goals

I know what you’re thinking: What kind of high-grade pharmaceutical are Pfeffer and Sutton on? They start off by saying not to get bogged down in details—and now they advise against starting without an itemized plan. It’s all about calibration, spending enough time to come up with a solid plan but not obsessing over it.

Compared with vague fantasies about achieving great things, grappling with the nitty-gritty realities of action is hard. It requires research, concentration, and creativity. But we’re actually happiest when we’re pushing the envelope of effort, not when we’re lost in daydreams. As you fill in the gaps in your knowledge, you’ll feel the kind of excitement that comes from real possibility, not just happy talk. Figuring out a plan of attack will practically catapult you over the knowing-doing gap.

In business, Pfeffer and Sutton report, managers who try to lead through fear cause paralysis more often than action. This is just as true when we’re managing our own lives. Think of an area where you’re trying to scare yourself into action. Right now, focus on your favorite fear-based admonitions:

“I’ve got to stop spending so much on shoes and save more for retirement or I’ll end up a bag lady. A bag lady with a lot of shoes, but still…”

“I’ve got to stop eating junk or I’ll end up the size of an off-road vehicle and no one will ever love me and I’ll die of a heart attack before I ever see grandchildren!”

Now, while thinking those things, just notice: With fear ruling your mind, do you want to add to your savings or hit the mall? Do you crave broccoli or fries?

Of course you do.

Trying to motivate yourself with fear is like screaming at a child, “Do something, dammit!” You’ll either freeze up or act in counterproductive ways. Fear widens the knowing-doing gap. Don’t use it.

Do Discover The Power of Calm

People consistently offer me large sums of money just to say, “You’ll be fine.” They do this even though I tell them it works almost as well to say it to themselves. Kind self-talk is an incredibly effective way to calm fear and motivate action.

“After my divorce, I was 52 and penniless,” my client Mara recalls. “But I’d gotten away from a frightening man, and I just decided to calm myself down. Every time I began to worry, I’d say, ‘Mara, everything’s fine. You’ve always been able to make your way, and you always will. There’s no rush.’ And I was right. Once I was calm, I felt drawn to do things that made me more friends and money than I thought possible.”

It seems so simple, but I’ve seen this strategy work over and over. When people stop scaring themselves and start calming themselves, they become far more productive and successful in every aspect of their lives. Try it right now, so you can use it the next time you’re scared. Silently tell yourself simple things like “It’s okay.” “You’re all right.” “There’s no rush.” “You can do this.” You’ll be amazed at the power of this humble mental-management technique to help you turn knowledge into action.

When I met Sally, she was married to a wealthy banker who bought her everything she thought her heart desired—jewelry, clothes, furniture. These things, however, were what Sally’s head desired, but her heart actually longed for the company of creative, bohemian people who had little concern for gobs of cash.

Sally had been at war with herself most of her life. Her socialized side was competing with her inner nature. In the corporate world, destructive internal competition widens companies’ knowing-doing gaps. Individuals are just as susceptible: Holding two sets of competing beliefs paralyzes them.

Do Stop The Inner Arm Wrestle

If you feel stuck in some area of your life, it’s because contradictory beliefs are competing for control of your behavior. The problem is that we’re not always aware there is a private struggle going on. One way to figure out if you’re in the middle of an inner conflict is to write down a basic belief that’s driving behavior you want to change. For example, you may want to get out of a relationship but believe something like “I have to keep every commitment I ever made.” After writing down the belief, write the polar opposite of that statement (“I don’t have to keep every commitment”). Are there circumstances in which those opposing statements ring true?

When Sally did this exercise, she realized that she’d married for legitimate reasons. Financial security is not an insane thing to want (have you seen the Dow Jones average lately?), but compared with a more artistic lifestyle, her original choice seemed false. The marriage ended when she embraced her bohemian side, and Sally began to know passion—in romance, work, learning, and living—for the first time.

You can end your internal arm wrestles by (a) discovering your competing ideas and (b) identifying the ones that feel untrue or stultifying. If part of you thinks homemaking is a lowly and servile occupation, you won’t beautify your home until you flip that thought. If you fear you’re not good enough for love, the part of you that loves will always smash into this competing belief. Find the erroneous thoughts, turn them over, and watch yourself finally begin to do what you know.

According to Pfeffer and Sutton, companies with huge knowing-doing gaps tend to measure things that don’t really matter, such as hours worked rather than overall customer satisfaction. We have similar problems. For instance, my client Jessie comes back from her vacations desperately needing a vacation, because she grimly measures the “success” of a trip by sights seen and recreational activities accomplished. Another client, Mollie, often complains, “I practically killed myself to give my kids a good life, and now they’re in therapy saying God knows what about me.” Here’s what Mollie’s kids are processing with their therapists: the guilt and despair that comes from being raised by a mom who used her own suffering as the yardstick of her mothering.

Before you do anything, consider what you’re really trying to accomplish and determine how you’ll chart your progress. Sounds like yet another exercise—except you’ve likely already done it. Go back and look at the plan of attack you made in Step 4. If you need to find a place to live, don’t count the number of hours you’ve logged sighing over fabulous floor plans online. Track how many realtors you’ve contacted, apartments you’ve seen, letters of reference you’ve gathered. If you want your children to be happy, spend more time teaching them joy by embodying it. If relaxation is your goal, don’t force yourself to go sightseeing when lying in bed watching a dozen Dr. Greene–era episodes of ER is the only thing that will recharge your fried self. Whatever it is you really want, count movement toward that, and only that, as your measure of success.

If Rose, Linda, and Barb could stop substituting talk for action, make a plan that doesn’t depend on acts of God, calm themselves, eliminate competing ideas, and measure what really matters, their next lunch could be their best ever—healthy, smoke-free, filled with mutual congratulation rather than shared worry and stress. In fact, having written a few hundred words on this topic, I’m feeling motivated to close the knowing-doing gap myself. I’m launching myself into a new era of productivity, here and now! Just as soon as I figure out how to open this minibar. 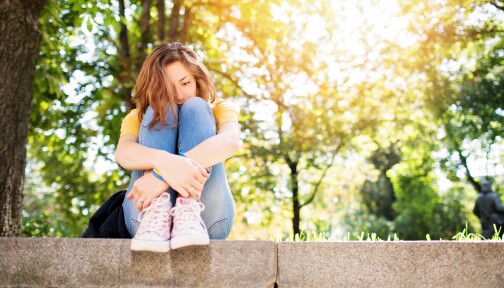 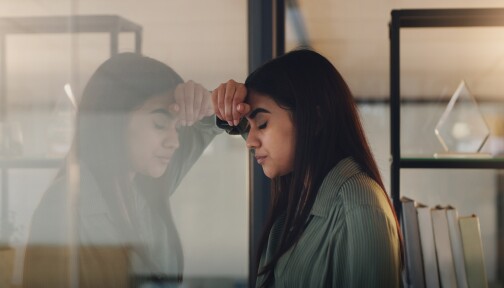