How to Become an Early Riser

You likely know someone who has expressed his or her disdain for mornings. Or perhaps you’ve thought it yourself when the alarm goes off early Monday morning, or your kids wake you up before the sun rises. Then there are those who are up before their alarm even sounds, well rested and motivated to get a head start on their day.

Unsurprisingly, studies show that early risers, also referred to as larks, are at an advantage in more ways than one compared to night owls—those who are more active and awake at night. Here are four benefits of being an early riser and three steps to become one. For those who think they can never become one, there’s hope.

In a 2012 study published in the journal Emotion, adult participants who considered themselves early risers reported feeling healthier than those who thought of themselves as night owls. New research also indicates morning people may make healthier food choices, consuming a more balanced diet compared to night owls.

Additionally, early risers tend to go to sleep earlier, eliminating the temptation to consume late-night sugary snacks, a habit that can lead to weight gain and restless sleep.

Early risers may be more productive than night owls, according to a 2009 study conducted by Christopher Randler, a biology professor at the University of Education in Heidelberg, Germany. In addition to feeling more in charge of their lives, he found that morning people tend to anticipate problems and do their best to try to minimize them. Dr. Randler’s earlier research also indicates morning people achieve better grades, which he argues opens the door to better schools and job opportunities.

Early risers often have an earlier bedtime, a decision that may quiet down the monkey brain. According to research published in Cognitive Therapy and Research in 2015, individuals who favored a later bedtime reported an increase in repetitive negative thinking (RNT). RNT was also associated with a reduction in sleep time. Simply put, going to bed earlier and sleeping longer may help to tame negative thoughts that can potentially lead to disruptive sleep and distress.

In addition to improved health, the previously mentioned 2012 study published in Emotion also found early risers experience greater levels of positive emotions and are generally more satisfied with their lives than night owls. The researchers suggest this may because society’s typical 9 to 5 workday often clashes with night owls’ decision to stay up later at night.

3 Steps to Become an Early Riser

So how can you become an early riser? Ayurveda encourages the establishment of daily routines to help balance your mind and body and to maintain a peaceful state. Going to bed early and rising early are key. The Ayurvedic approach suggests waking up before or with the sunrise in order to sync the body cycle with the rise of the sun. Here are a few tips to help you get started:

Get on a Sleep Schedule

Sleep experts suggest gradually moving up your wake time by 20 minutes every morning until you’ve reached your ideal time. For example, if you’d like to start your mornings at 6 a.m., but typically sleep until 7 a.m., start by rising at 6:40 a.m., then 6:20 a.m., and so on. Waking up earlier should signal your body to fall asleep earlier as well. If you’re waking up 20 minutes earlier in the morning, you will likely fall asleep 20 minutes earlier in the evening.

As difficult as it may be at first, try to stick to your routine on the weekends as well, since staying up late and sleeping in on these days can potentially sabotage your entire week.

Establish a morning routine to help you better achieve your purpose: to nourish your body and mind so you’re at your best all day. Ayurveda encourages early morning rituals that energize and cleanse the body and mind while instilling peace. Below are a few suggestions to incorporate into your morning routine:

The quality and duration of sleep you get the night before will inevitably determine how you spend your morning. If you stay up late to catch up on work emails, you are less likely to wake up feeling rejuvenated and motivated to start your early morning routine. Ultimately, a restful evening will translate into a better morning. Here are a few tips for cultivating calmer evenings:

Follow this advice to start your days off on a high note—yes, even you night owls. 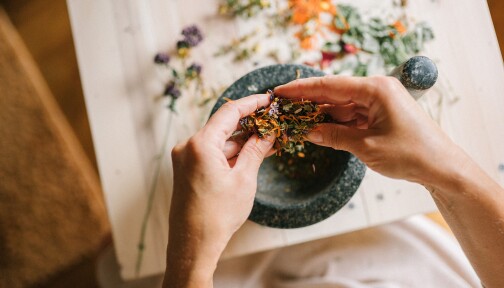 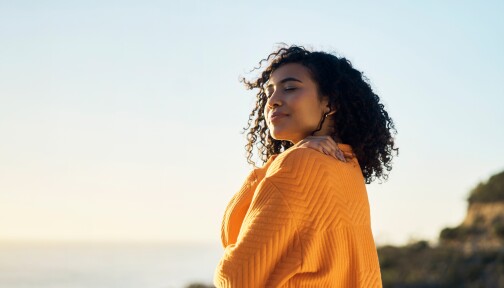 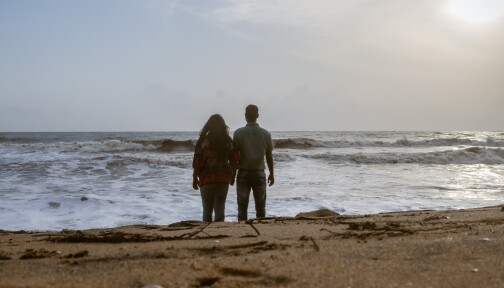