Healing Through the Sense of Touch

A foundational principle in Ayurveda is that the senses and sense organs are the gateways to the mind and body and that we can use the sense for healing. Although for centuries this was a difficult concept to understand from a Western medical perspective, we are now validating this ancient observation with modern science.

The Importance of Our Senses

Survival is dependent upon a biological organism’s ability to sense and respond to its environment. Humans are not an exception to that rule. Our sense organs receive information constantly, and then send signals to the rest of the body based on that information. These signals affect the functioning of the body to move either toward mechanisms for survival, or toward healing and longevity.

In Ayurveda, the senses—sound, touch, sight, taste, and smell--are referred to as the Tanmatras. The corresponding sense organs—ears, skin, eyes, tongue, nose—are the Jnanendriyas, or the ‘organs of knowing.’ The sensations received by the sense organs are then converted into perception.

The Sense of Touch

The sense of touch and its main sense organ, the skin, can be used as a gateway for healing. As a part of the healing process, massage is incorporated as both a medical treatment as well as a daily preventive practice. In addition, the use of heat or cold therapy, depending on an individual’s needs, was identified as producing differing effects on our physiology and is also used as treatment.

Ancient healing systems recognized that we sense the environment and adapt to that environment. Anything that we sense will have an effect on our physiology as a response to that stimulus. It has always been recognized in traditional healing systems that we do sense the environment, the question in modern science was how. In the search to answer this question, we see further validation in modern science for the observations of ancient healers.

Validation for using the sense of touch for healing has come through modern research that has connected touch receptors to the nervous system. Through these receptors, we can influence the autonomic nervous system which controls all of the automatic functions in the body. In addition, the nervous system plays a key role in regulation of stress and emotions.

This year’s Nobel Prize in Medicine and Physiology has gone to two researchers who have explained how touch and temperature can initiate signals in our nervous system. The channels that they identified as the ‘gateways’ to the nervous system are important for many physiological processes and disease conditions.

Researcher Ardem Patapoutian successfully identified genes that are responsible for mechanosensitivity, the ability to sense mechanical stimulation such as pressure. The genes code for ion channels that are directly activated by the exertion of pressure on cells. These channels then relay electrical signals to the nervous system that can regulate important functions in the body, such as blood pressure, respiration, and even urinary bladder control. These ion channels are also important for proprioception, which is the sensing of body position and motion. By manipulating these receptors, we can influence how we sense our body’s position in space. When compressed, cells send a measurable electrical signal that can then have an impact on the physiology.

Much is still to be learned about these mechanoreceptors, and others, and their complex signaling that can change the activity of body. Researchers are beginning to think about targeting force-sensing proteins to treat chronic pain. However, rather than developing medications for this, ancient healing practices can influence the nervous system without side effects or tolerance that can be associated with medications.

Another researcher, David Julius, has spent many years studying sensors on nerve endings that respond to heat. His research has identified several ion channels that respond to temperature. His initial research focused on the use of capsaicin from chili peppers to identify an ion channel activated by painful heat. By applying various topical products, such as capsaicin, to areas of discomfort we can influence the perception of pain. Julius subsequently identified more channels that help us understand how heat and cold can induce electrical signals in the nervous system via temperature-sensing receptors.

The groundbreaking discoveries of these genes and electrical channels by this year’s Nobel Prize laureates have allowed us to understand how heat, cold and mechanical force can initiate the nerve impulses that allow us to perceive and adapt to the world around us. They also give us a glimpse into the power of touch for healing.

Ayurvedic Tools for Healing Through Touch

As science continues to unfold the complexities of the human mind-body system, we can look to the ancient medical system of Ayurveda to use time-tested tools for our healing now. The heat of the sun, the coolness of the wind, and the pressure of walking on the Earth can be thought of as healing tools in our modern world. Here are a few tools that Ayurveda teaches us that utilize the sense of touch for healing:

The scientific discoveries of the connection between our senses and the nervous system help us describe in a scientific language how heat, cold, and pressure can create nerve impulses that can have effects on many different parts of the body. Unfortunately, our current medical system does not fully utilize the power of touch, which can be used to help with many conditions, including pain, anxiety, stress, inflammation, and sleep issues, among others.

In Ayurvedic sensory therapy, massage and acupressure are used to create specific physiological responses. Based on the condition, different strokes, and pressure points, or marmas, were used as well as varying amounts of pressure. In addition, oils and other materials at varying temperatures can be applied for a given effect. We can now begin to see the logic behind using a very specific type of touch or temperature depending on the outcome we are trying to achieve.

In addition to the sense of touch, we can engage all of the senses in healing by using nature sounds and sights, tastes of natural foods, and the sense of smell. In fact, for many years, we have known that there are receptors located on many internal organs that identify smell, taste, and light. There have been ‘smell’ receptors identified on blood vessels that can regulate vascular relaxation, and involvement of taste receptors in the airway that can affect our breathing, to name a few. In addition, receptors traditionally believed only to identify and interpret light, sound, and taste also contribute to normal functions within many, if not all, other organ systems.

Determining the function of sensory receptors in these organ systems and on our overall physiology has become a primary research focus with the potential to treat many health conditions. Luckily, we have the time-tested practices of Ayurveda to guide us.

Explore meditation and abhyanga, an Ayurvedic self-massage practice, in a new three-part series with Jennifer Johnson, available now in the Chopra App. Reducing Toxins During the Peak of Holiday Season 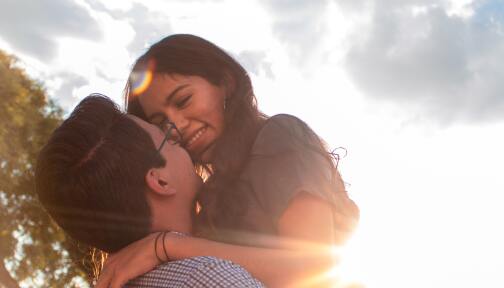 Ask Dr. Sheila: Ayurveda and the Doshas in Relationships 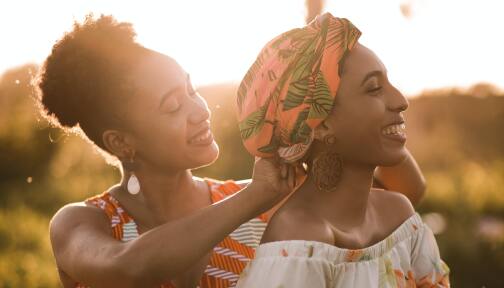