From the Bottom Up

Is science rewriting emptiness with the emerging field of complexity theory? What Buddhists can learn from ants, atoms, and physics.

We Buddhists often speak of perceiving the “true nature of reality,” attempting to do so through devoted contemplative practice. Science can make the same claim: that through a multigenerational process of hypothesis formation, experimental testing, and revision of hypotheses, we create an ever more accurate description of reality. While the dialogue between Buddhism and science seems to fluctuate between love-in and turf war, it deepens every day. I found my own way into the fray while pursuing research with stem cells, by way of something called complexity theory, a result of efforts by mathematicians and practitioners of many “hard” and “soft” sciences to understand the rules governing behaviors of large groups of interacting individuals.
Complexity theory posits a universe of emergent phenomena: simply put, the notion that things can arise out of the spontaneous self-organization of smaller things. This occurs, according to the theory, not only in spite of a chaotic universe and the lack of a central planner, but because of these conditions. For a Buddhist, scientifically-minded or not, complexity theory can provide a useful new approach to the often difficult Buddhist concept of shunyata, or emptiness, the idea that all things are devoid of inherent existence. As central as it is to the Buddhist approach to the universe, emptiness remains an abstraction for many practitioners, something that is difficult to grasp even intellectually. Complexity theory, in explaining the behaviors of many different things, potentially across all scales of observation—from the water in your glass to the neurons in your brain—breaks down cosmological ideas into practical, digestible units, perhaps illuminating both the wholeand its parts in the process.Complexity theory concerns adaptive systems of interacting individuals and how they self-organize into structures and behaviors neither planned nor predictable. A familiar example of a complex adaptive system is the ant colony. Ant colonies are elaborately structured societies with, for example, a dump for refuse, cemeteries for dead ants, lines of workers carrying food into the colony and taking refuse and corpses out. Some of this organization is certainly sophisticated enough to suggest intelligent planning. For example, the distances between anthill, cemetery, and refuse dump will always be maximized. It is a complex mathematical calculation and can be seen as a reasonable community desire. Yet a colony’s structure has no top-down central planner; it self-organizes from the bottom up. As members of a complex adaptive system, the ants self-organize into larger-scale emergent structures and behaviors, such as food lines and hill builders, which are ever shifting and adapting to changes in environmental conditions, allowing the colony to survive through many generations of ants.
The absence of overt planning for such organization has been confirmed by computer models of the behaviors of individual “virtual ants,” which also spontaneously self-organize, creating a “virtual colony” with all the same elaborate structures of natural colonies. The computer programmers do not program any organization of the virtual colony, only the behaviors of the individual virtual ants, which then self-organize, just like the real thing.
Ants are only one example of this emergent self-organization. It is present throughout the natural world where interacting individuals of any size—molecules, cells, individual animals and plants, social groups, cultures—fulfill certain simple criteria:

I was first made aware of the nature and importance of quenched disorder while pursuing interdisciplinary collaborative work with the British artist Jane Prophet, who noticed that some stem cell behaviors highlighted by my research echo the behaviors of ants. In the straight, efficient food lines of the ant colony, she pointed out, one can always recognize occasional ants that diverge from the line. While not appearing to overtly fulfill a food-gathering function, they are, in fact, the ants that will most efficiently find a new path around a sudden disruption of the food line. These ants are the quenched disorder in the system. In our research, my colleagues and I were finding that while most stem cells gave rise to more of the tissues from which they came (blood from blood stem cells, for example), small numbers of them wound up making cells of other organs (for example, liver, lung, intestine, skin). These findings were often critiqued, however, as being so infrequent as to be trivial and physiologically unimportant. Jane suggested that perhaps these were the cellular equivalent of the divergent ants, the quenched disorder in the system allowing cells to function as members of a complex adaptive system, self-organizing, from the embryo to the fetus into postnatal life,into our own tissues, organs, and bodies.Now, how does this fit into Buddhist metaphysics? It begins when we recognize that complex systems can exist in hierarchies. Back to the ant colony: From a distance, the colony looks like a unified thing, an entity, a dark shape shifting on the sand. Moving in closer, though, we see that it is not a unified thing at all, but rather a multitude of individual ants organizing themselves in space and in time. In turn, at the microscopic level, the individual ant’s body as a thing disappears into the self-organization of its component cells. Inherent existence, as a thing rather than as an organizational phenomenon of smaller things, depends on the scale of observation.
Thus, each level of emergence arises from interacting systems lower down and participates with other systems to create new systems higher up, one leading to another. Moving upward, bodies organize into communities, cultures, ecosystems. Downward, at the molecular level, cells themselves can be described as having no inherent existence either, but instead are the emergent phenomena of biomolecules. The Buddhist concept of emptiness—that all things are insubstantial, devoid of inherent existence—can be compared to this dependence on scale: what we take as the essence of an individual thing, be it an ant, person, or planet, is nothing more than the emergent self-organization of smaller things.
The Buddha, however, spoke not merely of the emptiness of biological forms, but of all existence, and the complexity analogy can indeed be extended still further down in scale. Molecules are merely the emergent self-organization of atoms, which do indeed fulfill all the criteria enumerated above (the randomness in quantum mechanics that Einstein so abhorred is the quenched disorder at this scale and further down). In turn, atoms emerge from the self-organization of subatomic particles, which arise from smaller subatomic particles, and so on, down to the smallest possible units of existence, quixotically named units such as strings and branes, and others not yet posited by physicists.
However they are named or characterized, physicists describe these smallest things as coming and going in a quantum foam, popping in and out of a generative void, without qualities of space and time as we usually encounter them: no up, down, back, forth, before, after, dark, light; its features are beyond linguistic and, so far, mathematical, description. It is at this point that physicists begin to sound like metaphysicists, and perhaps not by coincidence: this is the source from which everything arises.
Building back up, then, everything, every thing indeed, is empty of inherent existence. Moreover, the universe ceases to be a place, this large black box in which we play out our dramas. We do not live in the universe, we are the universe, arising directly from its substance in an endlessly revivifying self-organization, from the smallest to the largest. Within unity, there is differentiation, the absolute and the relative.
Beyond emptiness, the great self-emerging unity posited by complexity theory hums with the promise of two more fundamental Buddhist concepts: interdependence and impermanence. Since the self-organization of any complex system necessarily is dependent on every action of every single member of the group, there is no singular entity that is independent of other entities, on any scale. Thus, emptiness implies interdependence, and vice versa. Moreover, mathematicallypeaking, complex systems lie on the border between completely ordered systems and chaos. With quenched disorder constantly shifting its organization, given sufficient time there is a certainty that the self-organization of a part or of the whole system will collapse and undergo what is called a mass extinction event. Reality as a complex system implies impermanence.The wider issues presented by complexity theory and how they might relate to contemporary Buddhist thought and scientific-religious dialogues are protean. Each social framework, historical construct, neurological event, and Buddhist teaching is emergent, and therefore contingent yet unpredictable. Whether we consider the disintegration of the Buddha’s original monastic communities in India, or the varied emergent structures that continued the stream inany other Asian coutries and now in the West, complexity theory points to a degree of inevitable surprise and impossibility of prediction that are fundamental aspects of existence. In my personal practice, complexity theory has provided a conceptual description of the emptiness to which my teachers often make reference yet remains confusing, even when I might occasionally apprehend it in a flashing moment of contemplation. Indeed, I find that visualizing the whole self-emergent, complex arising of the world has often served to point me toward those moments of direct experience better than following my breath does—a skillful teaching from an unlikely, non-Buddhist source.

From the Bottom Up was originally published at http://www.neiltheise.com/Science.phpJoin Neil Theise, MD for Journey into Healing!

This July 10-13 at Journey into Healing, Neil Theise MD will aid your understanding of mind-body healing, Ayurveda, and integratice health care. To learn more, please visit www.chopra.com/journey or call 888.736.6895 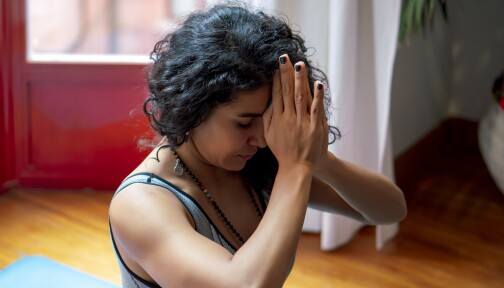 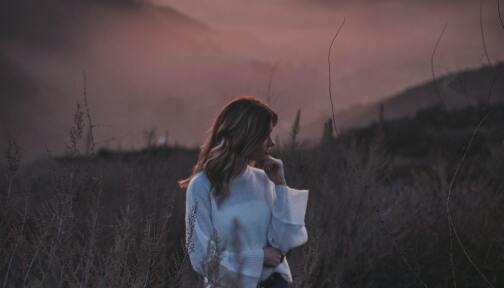 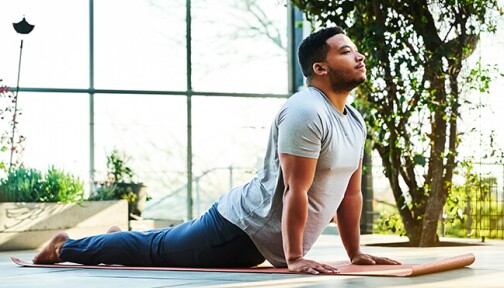 Practicing Yoga in a Way That Cultivates Self-Compassion