Friend Yourself: Social Media and Your Personal Growth

There are more tools than ever to help you when it comes to personal growth. Consider social media: Twitter, Facebook, and Instagram all connect people instantly. Sometimes the conversation is intimate, as when you reach out to a close friend. Sometimes it’s a global conversation.

There’s tremendous untapped potential here. You can literally participate in a worldwide nervous system without leaving your home. You can find confidants when none exist around you. The expansion of consciousness holds the key in personal growth. So how can social media be a consciousness-expanding experience?

First, look at how you use Twitter, Facebook, and text messaging right now. The activities, as many critics point out, can become superficial, reduced to sending one-line messages and waiting for one-line responses. The conversation can also turn negative when people hide behind anonymity to say wounding things they’d never say in person. This should be a red flag. If you see yourself using social media for chitchat, gossip, or spreading rumors, stand back and reconsider what you’re doing.

Psychologists point out that being connected in a positive way for at least one hour a day with people you care about is one key to happiness. Social media allows for this as never before. Make it a priority to make a meaningful connection with someone you care about. What does meaningful mean? It means paying attention to the other person first, keeping track of their personal concerns, adding a sympathetic voice, and getting into the habit of saying things like, “I’d like to know what you think.”

Also consider the difference between personal and impersonal contact. Social media is impersonal because you aren’t in the room with the person and can’t hear their tone of voice. Skype and other video chat programs overcome half the problem, which is valuable. E-mails, texting, and other written messaging tend to be very impersonal, so you have to make sure that you bring the personal element back in. You can do that by …

The more repetitive and superficial the message, the more likely you are to get blocked out of other people’s minds. The real weaknesses of social media are the things that make it annoying, repetitive, impersonal, and superficial. Personally, I’d rather be surprised by what’s for dinner than to get three messages that read, “Going to the store now. What do you want me to get?” “I’m pulling into the grocery parking lot. Waiting to hear what you want to eat.” “Walking down the aisles now. Salad or fish? Can’t decide.”
Letting others into the mental fluff that’s running through your mind isn’t the same as really connecting. Instead of getting stuck in the fluff, you can use social media for its consciousness-raising potential. Here are three ways to tap into that potential for your own personal growth.

Social media can redefine what “social” means by gathering like-minded people instantaneously. If you find a cause that deeply moves you and motivates you to act, you are expanding your awareness beyond “I, me, and mine.”

The power of instant action has barely been realized yet, because there’s more than one kind of tipping point. The most superficial kind is mass emotion that flares up impulsively and dies down without fruitful action. We all know what this feels like—you find yourself being swept up in crowd psychology for a few hours or days.

A more lasting effect comes from tipping points that build slowly. The rise of small businesses in developing countries that use micro-loans and creative funding is a good example of a movement built upon patient, serious, good-hearted intentions.

The third kind of tipping point goes a step further and gets people to leave their homes, meet together, and act in the real world—not just the cyber world. Consider the possibilities and seek out your own cause, one you can identify with and remain loyal to.

Personal growth is something you achieve consciously, through a long-term project that never ends, yet brings rewards every day. This is the project of building a self. Everyone has a self, which serves as a platform for all the things that happen over a lifetime. Upon this platform you can build a structure of values that become more fulfilling year by year. Among the most important values are

There are almost infinite outlets in social media and the Internet for exploring these values. It takes only one thing, directing your intention. Nothing is more powerful that focused attention, which is how you can define intention. Sit down and choose a couple of values from the list. These become your short-term focus. Now look for groups, movements, websites, and like-minded people you can connect with to expand the values you have picked. “Non-judgment of self and others,” for example, leads to such thing as social justice projects, interfaith conversations, support for the poor and needy, outreach to the homeless, mentoring a minority child, and more.
“Healing” opens up just as many avenues for safely approaching issues you would like to discuss without revealing yourself to your immediate family. You can find support groups focusing on specific issues or disorders, and true confidants—the best kind are people who have successfully healed themselves and know what it means to walk the walk.

With some creative thinking, every value on the list offers many outlets for your intention. You can build a self brick-by-brick, so to speak, which is much more manageable than trying to embrace the project as a whole. We are all fascinated by what “I” wants, demands, hopes for, fears, and fantasizes about. Social media can descend into one isolated “I” constantly airing its narrow viewpoint. But the self becomes far more fascinating when you expand your awareness, using “I” not as a limited ego but as your personal window into life’s limitless potential.

Nothing opens the way for personal growth like feeling inspired. Inspiration renews your motivation, raises your spirits, elevates your daily focus, expands your sense of self, and unites you with the world’s wisdom traditions.

Take time every day to remind yourself of your highest aspirations, the hopes and dreams that make us most human. By nourishing yourself in this way, you are asking your highest self or soul to become part of your daily life. There are invisible forces that the great sages, seers, and guides understood to be real. They aren’t esoteric or mystical. They are innate in everyone’s consciousness. If you want to benefit from the deeper domain of consciousness, a connection has to be made, and inspiration accomplishes this.

Social media and the Internet give you instant access to a wealth of spiritual poetry, personal writings, and every tradition of faith. It’s even more inspiring when you seek inspiration from traditions other than your own, where you find the common humanity that links everyone who has ever been on the spiritual path. There are also living individuals to be inspired by, and they can now be contacted more easily than ever before. Finally, you can become someone else’s inspiration by what you write and teach in your messaging and group participation.

Thinking about these limitless possibilities, one idea unites them: well-being. Social media is the most powerful agency for increasing well-being to come along in decades. If you keep in mind that well-being applies to you, your circle of family and friends, your nation, and the entire planet, you will be in the state of mind that actually improves life and leads to conscious evolution. Nothing is more crucial for the future of human existence than to continue on the upward arc only consciousness can create. 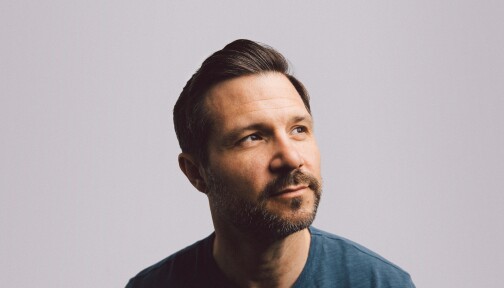 Use Your Superpowers to Build a Better World 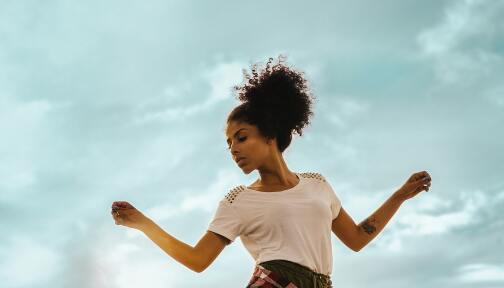