In the past two decades, yoga has moved from relative anonymity in the West to a well-recognized practice offered in thousands of studios, community centers, hospitals, gyms, and health clubs. Although yoga is commonly portrayed as a popular fitness trend, it’s actually the core of the Vedic science that developed in the Indus Valley more than five thousand years ago.

The word yoga derives from the Sanskrit root yuj, which means union with the source of existence. Unity consciousness is also referred to as the state of enlightenment in which there is complete freedom from all conditioning and one is no longer constrained by habit, past experiences or “karma,” and any forms of dogma or ideology. It is a state of spontaneous creativity, love, compassion, joy, and equanimity. These are also known as divine qualities.

As yoga has evolved and blossomed over thousands of years, numerous forms and schools of yoga have developed. Traditionally there are four types of yoga:

Raja yoga is frequently referred to as the “royal path to yoga” because it focuses on practices that take our awareness inward and promote the integration of the mind, body, and spirit. The classic text on raja yoga is the Yoga Sutras, attributed to the legendary sage Patanjali. While the precise dates of Patanjali’s life and writings remain fuzzy, scholars estimate that the Yoga Sutras was written at least 1,700 years ago.
According to The Yoga Sutras, “Yoga is the settling of the mind into silence. When the mind has settled, we are established in our essential nature, which is unbounded consciousness.” The essence of yoga is the union or integration of all the layers of life – physical, emotional, and spiritual. It is a practice for going beyond the ego’s habitual identification with the mind and body and directly experiencing our true spiritual self. Rooted in this connection to spirit, we are able to solve the challenges that arise in life with greater ease and grace.

The Eight Limbs of Raja Yoga

The Seven Spiritual Laws of Yoga is a consciousness-based practice rooted in the wisdom teachings of raja yoga and the eight limbs of the Yoga Sutras. My late colleague and friend Dr. David Simon and I developed the Seven Spiritual Laws of Yoga as a practice for integrating and balancing all the layers of our life so that our body, mind, heart, intellect and spirit flow in harmony.

Our essential nature is pure consciousness, the infinite source of everything that exists in the physical world. Since we are an inextricable part of the field of consciousness, we are also infinitely creative, unbounded and eternal.

Law of Giving and Receiving

Giving and receiving are different expressions of the same flow of energy in the universe. Since the universe is in constant and dynamic exchange, we need to both give and receive to keep abundance, love and anything else we want circulating in our lives.

Law of Karma (Cause and Effect)

We can most easily fulfill our desires when our actions are motivated by love, we expend the least effort and we offer no resistance. We tap into the infinite organizing power of the universe to do less and accomplish everything.

Law of Intention and Desire

Inherent in every intention and desire are the mechanics for its fulfilment. When we become quiet and introduce our intentions into the field of pure potentiality, we harness the universe’s infinite organizing power, which can manifest our desires with effortless ease.

At the level of spirit, everything is always unfolding perfectly. We don’t have to struggle or force situations to go our way. Instead, we can intend for everything to work out as it should, take action, and then allow opportunities to spontaneously emerge.

Everyone has a dharma or purpose in life. By expressing our unique talents and using them to serve others, we will experience unlimited love, abundance, and true fulfilment in our lives.

When we practice yoga according to the Seven Spiritual Laws of Yoga , we include movements with these seven principles, finding that the attention and intention you give to these principles improves the quality of all aspects of your life. The mindful application of the seven spiritual laws promotes success and material abundance, nurturing personal relationships, peaceful social interactions, health and well-being, and higher consciousness, including intuition, creativity, insight, imagination and inspiration.

Even if yoga only enhanced physical fitness, the time spent in practice would be fully worthwhile. However, while the health benefits are many, yoga offers much more than just a way to exercise the body. The deeper meaning and gift of yoga is the path it offers us into the timeless, spaceless world of spirit. Yoga teaches us both to let go and to have exquisite awareness in every moment. In this expanded state of consciousness, we experience freedom from suffering. We remember our essential spiritual nature and life becomes more joyful, meaningful and carefree.

Join Deepak for The Seven Spiritual Laws of Yoga, a 7-part series with complementary yoga flows, available now in the Chopra App. 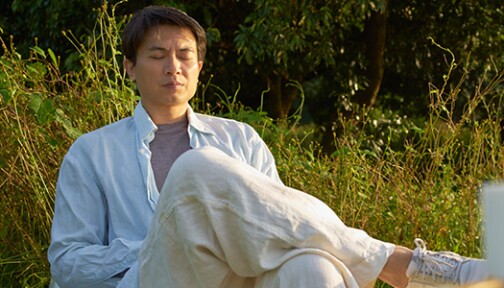 3 Ways You Can Benefit from Your Chakras 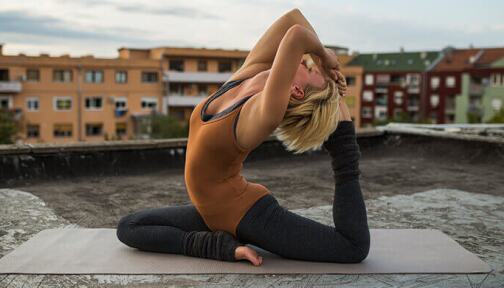