The most common reason people see doctors is pain—more than 100 million Americans are reported to suffer from chronic pain, a number larger than all the people suffering from diabetes, heart disease, cancer, dementia, and stroke. For pain, doctors increasingly prescribe painkillers. But this has led to prescription pain pills becoming a major cause of addiction and death by overdose.

The Problem With Prescriptions for Pain Relief

America is about 5 percent of the world's population, but we consume some 80 percent of the prescription drugs called opioids—the strongest and most addictive pain pills. Today, opioid overdose deaths (one every 30 minutes) exceed deaths from motor vehicle accidents as well as the combined total of deaths by heroin or cocaine overdose.

Opium's pain-relieving properties have been known for thousands of years, but because of its dangerous side effects and addictive properties, it has generally been reserved for more severe forms of acute pain.

In the mid-90s doctors became more lax about prescribing opioids for long-term use. Pharmaceutical companies launched marketing campaigns, and over the next two decades medical use of opioids in the U.S. increased tenfold. Growing evidence shows that long-term opioid drug use triggers a vicious cycle of continued pain and addiction. The gamble between relieving the pain of patients and the risk of abuse did not pay off.

Ayurveda suggests a different approach to pain relief. It begins by viewing pain as a mind-body experience that's highly subjective. Pain is approached through a phenomenon called "self-efficacy." The brain contains many pain-relieving chemicals, and these can be triggered mentally, which is why taking a placebo leads to pain relief in a significant proportion of people.

Subjects unknowingly self-regulate their pain. This isn’t just the mind fooling us. Brain scans show that a placebo, when effective, changes the brain in the same way as do active pills, and these changes can be found in the spinal cord, not just the brain. The implications are strong for chronic pain over an extended period, too. Studies in arthritis patients have shown that the placebo effect can last more than two years. In fact, self-efficacy is more powerful and more long-lasting than is generally realized, even among physicians. Ayurveda recognizes this power of the mind to relieve pain, and strengthens this force through meditation practices and positive ideation.

Our latest understanding is that about half of our pain sensitivity is thought to be genetically determined while the other half depends on a mixture of variables: cultural and religious background, mood, past experiences with pain, and your surroundings (e.g. having a good support structure or not). Women feel pain differently from men, even as newborns, and are more likely to report painful medical conditions.

The lifestyle components of Ayurveda—such as positive relationships, nurturing emotions, massage, balanced activity, rest, and diet—are some of the means to rebalance, strengthen, and purify the mind/body variables that lower our pain sensitivity. Love and human touch are other potent pain relievers. Studies have shown that a 20-second hug can relieve pain and stress by acting on nerve cells to release pain-relieving brain chemicals such as oxytocin and reduce the release of the stress hormone cortisol.

The Vedic understanding underlying Ayurveda says that pain affects the body, arising from a person's karma, but it doesn't touch the soul or higher self. In the Bhagavad Gita, Lord Krishna tells the warrior Arjuna that "weapons do not cut it, fire does not burn it ... the self is indestructible and timeless."
An understanding that all pain is temporary and separate from one’s true nature gives the spiritually-inclined the mental strength to put it in proper context and to cope without falling into depression or self-blame. The non-religious can achieve similar levels of coping through mindfulness, yoga, or various forms of meditation.

A 2011 randomized controlled three-month study of Iyengar yoga in 313 patients with back pain showed that how their backs functioned after three, six, and 12 months was superior to the usual medical-care group if they took up yoga.

Ayurveda presents conscious, self-aware, pain-reducing techniques that are effective and non-addictive. Clearly I am not suggesting that anyone should take pain lightly or that you should treat any medical pain entirely on your own. No one should stop taking prescription opioid painkillers abruptly, either. What I am suggesting is that the long-term solution to America's opioid drug epidemic lies in changing the self-efficacy environment, and Ayurveda provides many useful options. 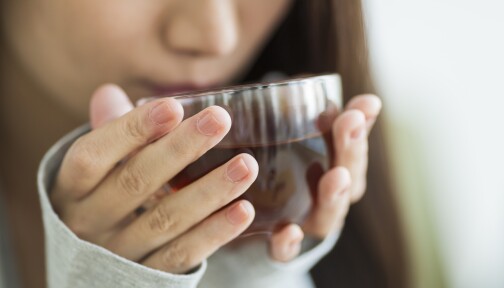 Ask Dr. Sheila: How Can Ayurveda Help When Nothing Else Has Worked?