In the first post we confronted the primary fact about Alzheimer’s disease – fear and terror – which is a psychological reality, not a piece of scientific data. Our minds are the window to reality. Any form of mental illness is frightening to the patient because their grip on reality has become tenuous, if not delusional. The same disorder is frightening to onlookers because the fragile bond that links us – our agreement that A is real but B is not – is threatened and often broken beyond repair.

To lose someone you love to Alzheimer’s feels worse than death to many families. Death is a decisive break, and afterwards the grieving process occupies its own domain. The territory is painful, to the point that many grieving survivors would rather follow their loved ones into the unknown after death. But Alzheimer’s is a gray, ambiguous land where your loved one gradually fades away, with many false returns and defeated hopes. Death is considered a mercy compared to the tormented stranger who torments those who suffer through the disease with them.

We said in the first post that knowledge is our best weapon in fighting fear. At least we can stand on rational ground. And knowledge is advancing in the diagnosis and treatment of Alzheimer’s. As painfully slow as progress may seem – like the disease itself, there have been defeated hopes along the way – let me summarize the current state of affairs.

Science Behind the Disease

In Alzheimer’s disease, two abnormal buildups accumulate in the brain. One type of buildup is a sticky substance called beta-amyloid. It deposits in senile plaques, on brain blood vessels, and as smaller clumps in the synapses where it can disrupt communication between nerve cells impairing learning and memory. The other type is the neurofibrillary (nerve cell) tangles. These buildups disrupt the trafficking of proteins and neurotransmitters in nerve cells leading nerve cell death and neurodegeneration. Together, these abnormal buildups lead to Alzheimer’s type dementia and are targets of drug discovery aimed at treating and preventing this devastating disease.

Testing for and diagnosing Alzheimer’s involves psychological tests that assess cognition. Doctors can make a probable diagnosis of Alzheimer’s, but the only time a definite diagnosis can be made is at autopsy, when the pathologist confirms the widespread presence of plaques and tangles throughout the brain.

More recently specific types of brain imaging, including those capable of visualizing senile plaques and other beta-amyloid deposits are being used to detect Alzheimer’s changes in the brain. Biomarkers in the cerebrospinal fluid can also indicate the presence of plaques and tangles in the brain. The combination of brain imaging and biomarkers is dramatically enhancing our ability to diagnose Alzheimer’s and even detect it before any cognitive symptoms appear.

During the course of Alzheimer’s disease, several key proteins are deposited in the brain, including proteins called amyloid beta protein and tau protein. Amyloid beta protein (in senile plaques, blood vessel beta-amyloid, and small clumps of beta-amyloid in synapses) accumulates in the areas of the brain responsible for learning and for creating, retaining, and extracting memories. The plaques occupy more and more space over time causing brain inflammation. The smaller clumps of amyloid beta protein known as oligomers interfere with normal communication between brain cells, disrupting the neural network of the brain.

Most of the scientists who study Alzheimer’s believe that it’s the excessive accumulation of amyloid beta protein that induces the protein called tau to form nerve cell tangles that eventually choke and kill nerve cells. Beta amyloid protein is certainly a part of Alzheimer’s, but the presence of beta amyloid alone isn’t sufficient to cause the disease. Beta amyloid must trigger tangle formation to create dementia. So far, the genes that have been shown to affect risk for Alzheimer’s have in common that they increase the accumulation of beta-amyloid in the brain. More recently, the Cure Alzheimer’s Fund Alzheimer’s Genome Project has identified dozens of new Alzheimer’s disease gene candidates, many of which likewise influence beta-amyloid levels in the brain.

What Tests are Used for Alzheimer’s?

There is no single test for Alzheimer’s. A physician examining someone who may have the disease will consider many factors and conduct a number of tests before making a diagnosis. The physician will probably ask questions about the person’s medical history and conduct a physical exam. A neurological exam will probably be given as well. Some of these tests are done to rule out another medical disorder (for example, a vitamin deficiency) that may be causing Alzheimer-like symptoms.

The highest possible score for the MMSE is 30. Scores of 25 or more are considered normal. Scores between 10 and 19 indicate moderate dementia. People with mild Alzheimer’s tend to score from 19 to 24. However, scores need to be interpreted individually to account for a person’s age, education, and other factors. It’s possible for someone to receive a high score and still have significant cognitive deficits.

Neuroimaging (brain imaging) uses a variety of different techniques, including radiation and magnetic fields, to generate pictures of what’s happening inside the brain. Some methods show microscopic physical structures; others capture the activity of individual cells. By taking pictures of brain activity, doctors can get some idea of how much amyloid plaques have encroached on healthy brain tissue. The images can highlight where nerve cells are becoming weaker and starting to deteriorate, possibly leading to loss of function.

Researchers are trying to find ways to do something they have never been able to do before: diagnose Alzheimer’s years before the first symptoms appear. By identifying those most at risk, we may learn which lifestyle changes or medications can slow down or even reverse the progression of the disease. It would also help recruit the most appropriate patients into clinical trials.

Biomarkers are biochemical features that can be used to measure the progress of a disease. Researchers can now detect the most toxic form of amyloid beta protein, called A-beta 42, in the cerebrospinal fluid (the fluid that surrounds the brain and spinal cord). Levels of this protein go down as the disease progresses, presumably because as A-beta 42 is released in the brain, it becomes sequestered by the growing numbers of senile plaques and other beta-amyloid deposits. Another useful cerebrospinal biomarker for Alzheimer’s is called phospho-tau. Phospho-tau makes up the tangles and is released by dying nerve cells. Recently, it has been found that phospho-tau can travel from nerve cell to nerve cell and spread tangle pathology.

By combining tests for decreased levels of A-beta 42 and increased levels of phospho-tau, researchers have reported impressive accuracy in predicting which people with mild cognitive impairment will go on to develop Alzheimer’s. By recording levels over time, doctors may be able to determine if the disease is getting worse or remaining stable. Someday, the same biomarkers might be used to predict which cognitively normal individuals are already on their way to Alzheimer’s. This will help improve recruitment of the best subjects for clinical trials of new therapeutics for treating Alzheimer’s disease.

Early prediction: Genes In the less-common form of the disease, familial early-onset Alzheimer’s (which occurs under the age of 65), inherited gene mutations are clearly implicated. The mutations occur in three genes (named APP, PSEN1, and PSEN2) and increase the accumulation of beta-amyloid in the brain.

In the more common, late-onset form of Alzheimer’s, genetic inheritance also plays a role by increasing susceptibility to the disease. Certain gene variants, like APOE4, affect the accumulation of beta-amyloid in the brain by influencing how it efficiently it is cleared out of the brain. More recently, the efforts of the Cure Alzheimer’s Fund Alzheimer’s Genome Project and other international consortia have confirmed a dozen new late-onset Alzheimer’s gene candidates. Some seem to affect the buildup of beta amyloid, while others influence the brain’s immune system and cholesterol metabolism.

There is no cure for Alzheimer’s disease, but there are many things people can do to possibly reduce and delay symptoms of memory loss.

Know your enemy
There are many useful resources about Alzheimer’s disease. The Alzheimer’s Association and Cure Alzheimer’s Fund as well as the National Institute on Aging provide basic information on the latest understanding of the disease, as well as updates on the newest research in diagnosis and treatment.

See a doctor
It’s natural for memory to slip as we age. But if you’ve noticed that you or a loved one have lost the ability to recall or even learn new things, then it’s worth discussing the problem with a doctor. He or she can help determine whether these lapses are a part of normal aging, another medical condition, or possibly the first signs of mild cognitive impairment or Alzheimer’s.

Cognitive reserve
Why do some people have beta amyloid plaques and neurofibrillary tangles and yet show no signs of dementia? The theory of cognitive reserve holds that these people have compensated for the gradual decline in cognitive function caused by accumulating amyloid plaques and neurofibrillary tangles. They’ve done this by building up enough reserves of synapses and nerve cell networks to make up for the loss of cells to disease.

Here’s how cognitive reserve can be built up:

Social network
Having a rich social life and keeping in touch with family and friends can stimulate the brain and may slow down cognitive decline.

Intellectual Stimulation
Staying intellectually active by seeking new educational experiences like public lectures and seminars, going to museums all help to maintain or even increase the brain’s nerve cell network. Every new synapse you make when learning something new will reinforce the synapses you already have. This is because all of learning is based on making associations with what you have already learned in the past.

Manage weight and other health factors
A long-term study of 1,500 adults found that those who were obese when they were middle-aged were twice as likely to develop dementia later in life. Those who also had high blood pressure and high cholesterol levels had six times the risk of dementia. Clearly, there are benefits to keeping weight and cholesterol at healthy levels and managing high blood pressure.

Eat a brain-health diet
Foods containing high levels of antioxidants may protect brain cells. These foods include dark-skinned fruits (like blueberries) and vegetables, cruciferous vegetables (like kale, Brussels sprouts, and spinach), fatty cold-water fish (or flaxseeds for vegetarians), and nuts (like walnuts). It must be kept in mind, however, that there is no one-to-one link between any of these foods and the prevention of a disorder as specific as Alzheimer’s. Another antioxidant, Vitamin E, has had some persuasive results in the aging process generally; it can’t hurt o take a supplement, as no negative effects have been noticed from large doses of Vitamin E.

Exercise
Exercising regularly may be one of the best ways to forestall the symptoms of Alzheimer’s. One study used MRI scans to compare the brains of adults who ranged in fitness from sedentary to very athletic. They found the most distinct differences in the brains were in the areas associated with learning and memory: exercise decreased the amount of brain tissue lost in these areas. In mouse models of Alzheimer’s disease, exercise dramatically reduced brain pathology.

Because society is aging in unprecedented numbers around the world, any piece of good news about Alzheimer’s will land on the front pages and on evening news. Research continues to be intensive and widely funded. But a realist must face the hard truth: this remains a devastating disorder that invades the most complicated organ of the body, the human brain, which may indeed be the most complex creation in the cosmos. No simple preventive is known, and no simple cure is likely. The best policy is to remain focused on wellness as a long-term lifestyle. For our part, we believe that the deeper we delve into consciousness and how it affects the body down to the genetic level, the clearer the whole picture of dementia will become. 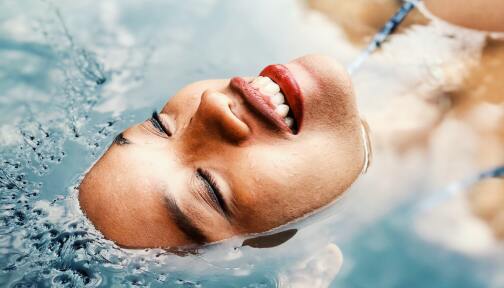 From Celiac to the Soul: How I Embrace My Journey of Chronic Illness 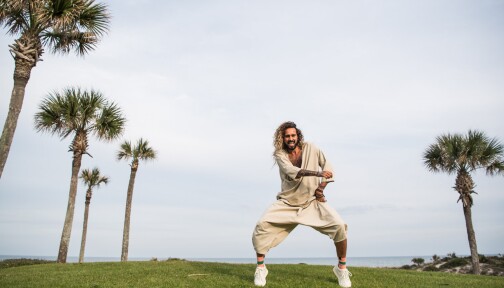 Spiritually Sassy: The Birth of a Movement