Alzheimer’s Disease: How to Face Fear With Knowledge (Part 1)

Few people feel comfortable thinking about the aging process, but discomfort turns to fear when it comes to the brain. Medically, everyone’s brain slows down in some way as they age. This doesn’t have to be a source of fear – to be older is often to be calmer, wiser, more at peace. Those desirable states are mental. The brain is secondary. But the brain is primary when it comes to disease, and the most feared disease is Alzheimer’s.

In this first post, we’ll try to bring some light to this dark subject by asking what Alzheimer’s is and what we know about, which is far more than a decade ago. In the second post we’ll move on to diagnosis and treatment. Advances in those areas are also being made, but medical science is just on the verge of discovering how Alzheimer’s might possibly be prevented and slowed down. So this will be an interim report, shedding hope where hope is real but facing the facts as squarely as possible. Our hope is that having full knowledge is a good way to dispel anxiety.

Nerve cells in the brain need to be in constant communication with their neighboring cells in order for the brain to function properly. The effects of aging involve slower or lessened communication. In Alzheimer’s disease this is drastically worsened by the presence of senile plaques and tangles inside of nerve cells that disrupt communication between nerve cells and breakdown of the neural network. The free flow of information is physically blocked, like a telephone system wrecked by a devastating hurricane.

The Impact of Alzheimer’s

As people grow older, what they fear the most isn’t mortality but becoming a burden on their children. That burden is worst when a parent becomes senile (today the medically preferred term is dementia), entering what was traditionally called by the euphemism of second childhood. Senility takes many forms, and the most common form of dementia in the elderly is Alzheimer’s disease, which accounts for 70-80% of cases.

In the past few decades people are becoming increasingly aware of the impact Alzheimer’s has on society. About 5.4 million Americans have some stage of Alzheimer’s, and almost 15 million are caregivers for them and for patients suffering from other forms of dementia. Alzheimer’s is also the sixth leading cause of death in the US, and that figure isn’t going down: in keeping with the graying of America, deaths from Alzheimer’s have risen 66% since 2000. Every 72 seconds, a new case of Alzheimer’s is diagnosed in the U.S. and this will only get worse in coming years with 71 million aging baby boomers.

Different Forms of the Disease

While the pathology and clinical symptoms are basically the same for all cases of Alzheimer’s disease, cases are generally divided into two categories: “early-onset” striking before the age of 65, and the more common “late-onset” form. Twin studies reveal that inherited factors play a role in at least 80% of all cases, early or late. However, genetic factors are particularly strong in the early-onset familial forms of Alzheimer’s disease. People who develop this form of Alzheimer’s usually start showing symptoms of memory loss before age 65. In the most acute cases people have been affected as early as age 20. This type of Alzheimer’s can be caused by any of over 200 defects in three different genes, all of which guarantee disease, usually before the age of 60, when inherited. In the late-onset form of the disease, gene defects tend to influence susceptibility without necessarily guaranteeing the disease within a normal lifetime.

The far more common form of Alzheimer’s affects people over the age of 65. Risk of developing it doubles every 5 years after that, until the highest risk, when up to 40% of Americans aged 85 or over may be suffering from Alzheimer’s in some stage. After the age of 85 the incidence of Alzheimer’s continues to increase, and many today believe that virtually all of us would have Alzheimer’s if we lived to 120 years old.

One complication is that it can be difficult to differentiate memory loss due to Alzheimer’s from other causes. This again is comforting since these other causes are sometimes preventable and treatable. (Dehydration, vitamin deficiencies, poor diet, adverse events of multiple prescriptions, for example, make almost every symptom of old age worse, including the mental ones. These two conditions should be monitored closely as we age.) As we age, our short-term memory and ability to learn and register new information begins to decline, while long-term memory is retained for much longer periods into old age.

Sometimes, mild memory loss is accompanied by a change in personality as well: someone who is normally outgoing and gregarious may become moody and withdrawn, for example. In other cases of dementia, such as frontal-temporal lobe dementia, a patient may become disinhibited, and unable to control inappropriate outbursts. These can also be signs that something more than normal brain aging. Yet once again there are causes that aren’t necessarily related to Alzheimer’s, such a depression, a common condition that needs to be monitored and treated. We shouldn’t be victimized by a sense of hopelessness and anxiety. The attitude to take is that we live in the era of “the new old age” where we can reasonably expect is to retain healthy functioning for many decades.

The earliest stage of Alzheimer’s disease is termed mild cognitive impairment (MCI). Although most of us start to have a harder time remembering names and numbers as we age, someone with MCI may start to forget recent conversations and events or have difficulty performing tasks that were once easy for them. Memory loss and other brain changes start to interfere with the person’s daily life and make it difficult or even unsafe for them to work or continue with their usual activities. However, these changes aren’t profound enough to affect the person’s ability to function socially. Mild impairment, unfortunately, doesn’t stabilize at that level. In a given year, about 15% of those newly diagnosed with MCI will progress to dementia, most to Alzheimer’s disease. Within 8 years, 80% will have progressed.

Effects on Other Cognitive Functions

For a diagnosis of dementia, problems must be present in at least one other area of cognitive function besides memory loss: the areas are language, attention, problem solving, spatial skills, judgment, planning, or organization. In the early stages of Alzheimer’s, the person may typically have difficulty with remembering information and events and with learning new things. They may get lost easily, even on familiar routes near their home. They may also start to have trouble reading, speaking or writing as their vocabulary shrinks.

In the moderate stages of Alzheimer’s, gaps in memory and thinking are noticeable. For instance, someone with moderate-stage Alzheimer’s might be unable to remember his/her phone number or address. Assistance isn’t yet needed for eating or using the toilet. Advanced-stage symptoms of Alzheimer’s are the most difficult, especially for caregivers, because dependence on them becomes complete. Speech is reduced to simple phrases, then single words. Eventually there may be no speech at all. The person becomes extremely fatigued and apathetic, but can still be very aggressive or paranoid at times. Assistance is needed with dressing and basic bodily functions, in time leading for many to complete loss of mental abilities.

These are hard facts to face, surely, but despair is not inevitable by any means. Not every cause of dementia is untreatable. Some, such as those caused by thyroid disorders or vitamin deficiencies, can be reversed. But most dementia is caused by degeneration in the brain that takes place over time and progresses insidiously. Besides Alzheimer’s, examples include multi-infarct dementia (dementia caused by multiple tiny strokes) or dementia caused by repeated trauma, for example concussions suffered in sports.

Deterioration of the Brain

It is now recognized that Alzheimer’s is the most common form of dementia, afflicting about 70% to 80% of elderly individuals who are afflicted. (Researchers now believe that Alzheimer’s begins a long time, possibly even decades, before the first symptoms of memory loss are seen.) In Alzheimer’s nerve cells and their connections, call synapses, deteriorate mostly in the cerebral cortex and hippocampus. The cerebral cortex is an extremely convoluted structure that’s associated with higher mental functions: thought, reasoning, sensation, and motion. The hippocampus plays a crucial role in learning and in processing various forms of information, such as long-term memory and spatial memory. Both the cerebral cortex and the hippocampus lose mass and shrink as the disease advances.

We’ve given only a sketch of a disorder that is occupying a vast force of researchers who advance our knowledge every year. In Alzheimer’s knowledge is power, and it’s fair to say that a shift of power is occurring. Medical science is no longer bewildered by this disorder, and real hope for better diagnosis is already bright, while sure signs of hope are also growing in terms of treatment and prevention. The reality we will be talking about in the next post is far less grim than it was even a few years ago. 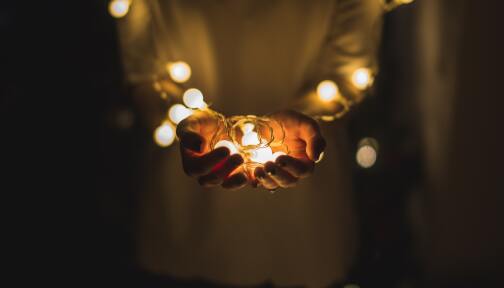