A Vedic Journey Through No-Time: Chapter 3, Treta Yuga The Age of Separation

As Sat Yuga drew to a close, the fortunate, pure souls, merged back into the Absolute, to journey where we cannot imagine. Those who had succumbed to distraction and delusion became part of the now emerging age of Treta Yuga or the Silver Age. Lifespan was now less than 10,000 years.

As purity faded, inappropriate actions increased bringing the advent of Karma, the law of cause and effect. The soul began to gather its karmic burden and the evolutionary journey to wash (release) its karma came into being.

Everything that happened to the soul from this point on was the result of its past thoughts, actions and desires. Karma, manifesting as our memories and desires, is stored in the chakras of the subtle body. The unmanifest spins itself into the manifest through the chakras but its purity is distorted by the karmic memories and desires. Each person’s world view now became a projection of their personal karma.

Karma has three aspects, the karma being released during a particular lifetime, the additional accumulated karma waiting for a later incarnation and the new karma being generated by current actions. Those people who made conscious, evolutionary choices and looked for the opportunity in each of life’s challenges, transcended their karma and regained the bliss of Sat Yuga. Others continued further into Treta Yuga.

As people became more and more distracted by worldly desires, those still living a Vedic lifestyle gradually diminished and much of the teachings became ritualized. However, the great enlightened teachers of the age sought to remedy this with the wisdom of the Upanishads.

The word Upanishad, literally means to sit near so these were special teachings reserved for advanced students who would gather closely around their teacher. The Upanishads, now part of what is known as Vedanta, are the culmination and goal of the Vedas, bringing us the wisdom of higher states of consciousness and spiritual illumination. They are considered sruti, or revealed truth, breathed out by the Divine and visioned by the great seers. We don’t know who complied the Upanishads or how many there were originally. Many may have been lost with time. Traditionally, there are considered to be one hundred and eight, although nowadays twelve to eighteen are considered important and studied.

The Upanishads teach the necessity not only of theoretical knowledge but learning by direct experience. They were the beginning of meditation practices as we now know them. Meditation to understand the inner world rather than just the outer.

Those who are pure in heart, who practice meditation and conquer their senses and passions, shall attain the immortal Self, the source of all Light and all Life. - Mundaka Upanishad

The other great Vedic text from this era is the Yoga Vasishtha. Most of the Vedic teachings were narrated by God to the enlightened seers. The Yoga Vasishtha was narrated to God, in his Divine incarnation, Rama. As a youth, Rama found no pleasure in the world of birth, death and rebirth and approached Vasishtha to give him the wisdom of enlightenment. There then follows a dialogue of stories and philosophical discussions, where Vasishtha explains to Rama the need for spiritual practices, the nature of creation, the dissolution of the world through meditation and finally the bliss of enlightenment.

Using this wisdom, Rama has many exploits, overcoming the forces of darkness and establishing peace and harmony in his kingdom. Considered the ideal human, Rama’s adventures are the theme of the great Indian epic the Ramayana.

Although these great teachings were available, most people tended to ignore or misinterpret them. The unity of Sat Yuga faded. The focus of people’s attention was now on material things and they began to create a world outside themselves. As the Yoga Vasishtha says, Intention alone is the seed for this world appearance. As the Oneness with the Divine diminished, the concept of a separate personal God emerged, duality and the Absolute with qualities. Religions, gods and goddesses such as Brahma, Vishnu, Shiva, Saraswati, Lakshmi, Parvati, Ganesh came into being. Space, time and causality became part of everyday life. Again from the Yoga Vasishtha, Time is the consumer and we are its food.

With separation came role-playing and a priestly class emerged, ritualizing most of the spiritual practices. During this time, meditation practices would have used mantras direct from the Vedas such as the Gayatri, the Maha Mrtyunjaya and the names of the various deities.

There was the start of moral decay and, where sattva guna had predominated in the previous age, now sattva, rajas and tamas were equal.

The four Vedic life values or Purusharthas came into being

The people whose lifestyles were still spiritually inclined, used Kama and Artha to support their Dharma, which in turn led them to Moksha and an escape back to Sat Yuga. Those who abused them, craving for sensory pleasure and material wealth, forgot their true purpose in lifer and moved further from the light of awareness. The path home is always waiting, the door is always open, it’s up to us to take the step in the right direction. As the Upanishads tell us, As is you desire so is your will, as is your will so is your deed, as is your deed so is your destiny.

Treta Yuga lasted for 1,296,000 years, as life expectancy was gradually reduced to 1,000 years. The collective consciousness became more materialistically orientated, the wisdom of the great teachings such as the Upanishads receded into the ashrams and caves, to be preserved by the still devout few. An even darker period loomed on the horizon.

Treta Yuga came to an end.

Take a moment and close your eyes. Silently repeat the Mahavakya a few times.

The field of knowingness gradually expands towards wisdom

Continue your journey with the four Yugas and the history of Vedic meditation in From OM to Home: A Vedic Journey Through Time, a four-part series with Roger Gabriel, available now on the Chopra App. 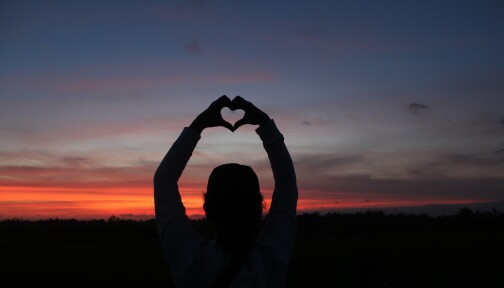 Connect With Your Inner Source of Infinite Love