7 Ways Meditation Can Help You Reduce and Manage Stress

Thousands of years ago the Buddha said, “Life contains suffering.” The source of suffering can be profound, such as losing a loved one or discovering you have a serious illness. Most often, however, our suffering comes from the daily hassles of life. You get stuck in a traffic jam or the long line at the grocery. You have an unexpected car repair or the neighbor’s barking dog is keeping you awake.

These are relatively minor hassles, but they can easily trigger your body’s ancient fight-or-flight response, also known as the stress response. Hormones such as cortisol and adrenalin surge through your body, causing your heart to pump faster. Your blood sugar rises, your immune system is suppressed, your breathing accelerates, and the blood supply to your digestive organs is reduced.

Your emergency response system evolved to allow your ancestors to survive immediate physical threats, such as an attack from a wild animal. It prepared your body either to fight the threat or run away as fast as possible.

But today, most of the stress you may face is psychological, coming from the demands of modern life. Daily challenges like a long commute, caring for an elderly parent, or working with a difficult colleague can trigger your stress response, and because these conditions are ongoing, you may be living in state of chronic stress, which can take an enormous toll on your health and happiness.

For example, the stress hormone cortisol has been linked to an increase in fat around organs, known as visceral fat. The accumulation of visceral fat can be dangerous because these fat cells actively secrete hormones that can disrupt the functioning of the liver, pancreas, and brain, causing problems such as insulin resistance, inflammation, and metabolic syndrome. Chronic exposure to other stress hormones can also weaken the immune system and even change the structure of chromosomes, promoting the early onset of age-related diseases.

As researchers are now discovering, prolonged stress leads to increased inflammation and a much higher risk of developing many health problems, including:

If this information is increasing your stress levels, take heart. There are many powerful ways to manage stress and experience greater well-being, including exercise, getting enough sleep, social support, and the practice of meditation.

How to Manage Your Stress

The first step is to recognize that contrary to common misconceptions, stress isn’t a force beyond your control. It doesn’t exist outside of you in the environment or external situations; instead, stress is an internal response to a perceived threat or unmet need. It’s not the overdue payment, broken dishwasher, or fight with our spouse that causes stress—it’s your thoughts and the story you tell yourself about an event or circumstance that create the emotional upset, racing heart rate, shallow breathing, surging adrenalin, and other symptoms of the stress response.

I like to use the analogy of surfing: If you’re a skillful surfer who loves the water, you will see every wave as an exhilarating adventure or at least an opportunity to learn something new. On the other hand, if you’re afraid of being in the ocean and have never learned how to surf, you will see every wave as a terrifying potential disaster. From this example, it’s easy to see that stress doesn’t lie in the external event but in your perception of it.

Let’s look at some of the specific ways in which meditation can help you manage stress and cultivate greater health and well-being.

1. Meditation Reverses the Effects of the Stress Response

You don’t have to be an advanced meditator to benefit from meditation. A recent study conducted at the Chopra Center found that after a six-day meditation retreat, new meditators experienced significant reductions in stress and depressive symptoms lasting 10 months after the retreat.

When you meditate on a regular basis, you are giving your body all of the benefits of deep rest, which gradually help to release the accumulated effects of chronic stress and restore your body to its natural state of balance and health.

Meditation choreographs the simultaneous release of these neurotransmitters, something that no single drug can do—and all without side effects.

Many of us live in a state of chronic sleep deprivation, which increases our stress levels and irritability. Scientific studies have found that meditation is an effective therapy for insomnia and can help you get the restful sleep that is vital to physical and emotional health.

When you meditate, your brain produces more brainwaves that promote deep relaxation, including alpha and theta brainwaves, which are associated with deep relaxation. After a meditation practice, you carry this sense of greater calm with you into your activities, allowing you to stay more centered in the face of life’s inevitable upsets. Then when it’s time to bed, instead of ruminating about what happened earlier in the day, you are more likely to drift to sleep—and stay asleep.

Many people feel stressed because they’re trying to do more than one thing at a time. As neuroscientists have discovered, the conscious brain cannot multitask. If I’m speaking to you and checking my emails at the same time, I’m doing neither. Meditation helps you to train your brain to stay focused on the task at hand rather than letting our attention be pulled away by every passing thought and distraction. This one-pointed attention makes you more effective and less stressed.

For example, a study of meditation and focus led by Dr. David Levy at the University of Washington found that a group of human resources managers who received meditation training were able to stay focused for longer periods, without switching back and forth among tasks. The researchers also found that meditation improved the memory of study participants while reducing their stress.

In another randomized, controlled study, a group of university undergraduates who practiced mindfulness and meditation for only two weeks experienced a significant improvement in their ability to focus on a task without becoming distracted. In addition, the study participants improved their working memory capacity.

Through the practice of meditation, you develop what is known as “witnessing awareness,” which allows you to observe your thoughts and feelings and stories with greater objectivity and distance, rather than getting pulled into the melodrama of emotional reactivity. As you begin to witness your mental activity, without attempting to resist or change it, there is a spontaneous calming of the inner commotion. Over time, you will begin to notice that some space has been created around difficult emotional states. You will start to see that there is more to who you are than your moods or thoughts, and you may also observe that the sensations associated with the negative state dissolve altogether.

It's a wonderful realization to know that you don’t have to repress what you feel in order to feel inner peace! In fact, repressing emotions never leads to emotional well-being but only adds to the accumulation of emotional toxicity in the body. By not repressing or fixating on emotions, they can move through and out of the body. A regular meditation practice allows you to spend more and more time in the silence and peace of pure awareness. As this sense of spaciousness expands in your daily life, it becomes easy to let go of old patterns of thinking and feeling that create stress.

Meditation is a powerful tool for awakening new neural connections and even transforming regions of the brain. As researchers have found, meditation can even change the brain’s structure in ways that decrease habitual stress patterns and promote calm.

For example, research conducted by Harvard University and Massachusetts General Hospital found that after only eight weeks of meditation, participants experienced beneficial growth in the brain areas associated with memory, learning, empathy, self-awareness, and stress regulation (the insula, hippocampus, and prefrontal cortex). In addition, the meditators reported decreased feelings of anxiety and greater feelings of calm.

7. Meditation Connects You to Your True Self

From a spiritual perspective, the ultimate purpose of meditation is to awaken to your true self. Although it’s natural to identify yourself with your body, mind, thoughts, emotions, personality, possessions, accomplishments, relationships, and preferences, these time-bound attributes aren’t who you really are. Your true self is pure, unbounded consciousness, which transcends space and time. Pure consciousness is also known as the field of all possibilities. The attributes of this field include happiness, love, timelessness, compassion, creativity, wisdom, peace, silence, and grace. You are already pure love, pure peace, and pure awareness. You have simply forgotten who you are.

When you spend time in the inner silence of meditation, you begin to have a spontaneous experience of the attributes of your true self. Instead of getting stuck in constricted awareness, which limits your possibilities, you experience expanded or pure awareness, which is the field of all possibilities. This awakening to your true self is usually gradual. Little by little, you release the stress and limiting thought patterns that obscure your awareness of your essential nature, which is always there, shining brightly.

Ready to start meditating? It's as easy as downloading the Chopra App where you can access hundreds of personalized guided meditations from the convenience of your phone. 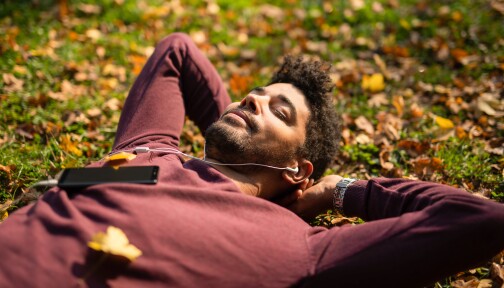 How to Use Visualization to Create the Life You Desire

Ask Roger: How to Reside in the Field of Infinite Possibilities

The Power of Affirmations for Self-Love