Healthy cooking methods capture flavor and lock in nutrients—with little-to-no extra fat or salt needed. Plus, when it comes to cooking vegetables such as carrots and broccoli, the cooking process actually preserves the nutrients and breaks down the vegetable’s tough outer layers and cellular structure, which makes it easier for your body to digest and absorb those nutrients.

Whether you’re new to cooking and need a 101 in cooking techniques, or you’ve been cooking for ages and you simply want a culinary-methods refresher, this overview of seven different types of cookery has you covered.

Cookies, cakes, muffins, and breads might be the first foods that come to mind when you think of baking. However, you can bake foods beyond breads and desserts because baking simply calls for cooking foods in the oven—usually uncovered—with indirect, dry heat. It’s one of the oldest cooking methods, dating back to prehistoric times, and it allows foods to cook from the outside in.

Baking is often used as a more healthful swap for the far-less-healthy method of frying. Meatballs, eggplant parmesan, French fries, and fish sticks can all be baked instead of fried. A large-scale study of more than 93,500 postmenopausal women found that the participants who ate five or more servings of baked or broiled fish per week had a 30 percent lower risk of heart failure, while eating fried fish one or more times a week was associated with a 48 percent increase in the risk of heart failure.

Note: Broiling is different from baking because it calls for exposing food to direct, radiant heat and usually the food is turned during the cooking process so it cooks one side at a time.

Oven temperatures required for baking vary based on the recipe. However, keep in mind that once you reach oven temperatures of 400 degrees Fahrenheit or higher, then you’re actually roasting food (read more about it below).

Many at-home cooks hail braising as their all-time favorite cooking technique because it’s relatively simple and can yield restaurant-quality results in terms of texture and flavor. Braising combines dry and wet heats to tenderize and develop flavors in whatever food you’re cooking. Keep in mind that although stewing also uses dry and wet heats, stewing calls for using smaller pieces of food, and the cooking time is usually shorter. Braising doesn’t require the food to be cut up and therefore generally requires a longer cooking time.

There are just four simple steps to remember whenever you’re braising. For the purposes of this example, let’s assume you’re braising some kind of meat:

So long as you’re using healthy fats and deglazing/cooking liquids in whatever you’re braising, this cooking method can produce satisfying and healthful recipes.

It’s hard to resist food that’s been branded with crisscross grill marks and has a slightly charred flavor. However, high-heat cooking methods such as grilling can increase the formation of advanced glycation end products (AGEs). These are potentially harmful compounds that are produced in food or in the body when proteins or fats combine with sugar (glycation). AGEs in food have been found to increase inflammation in the body and may contribute to the development of chronic diseases associated with underlying inflammation, such as diabetes and heart disease. A high intake of well-done meat, particularly red and processed meats, is linked to a greater risk of developing cancers, such as colon, prostate, and breast cancer.

Foods like meats that are higher in protein and fat are naturally high in AGEs and are prone to producing more during cooking. In contrast, foods such as vegetables and whole grains, which are higher in carbohydrates and lower in fat, produce some of the lowest levels of AGEs.

The solution: If you love the flavor—and the lower fats and calories—of grilled foods, grill more vegetables. Although the grill may zap some of their nutrients, they still retain fiber and other healthful properties. If you choose to grill meat, marinate it with a sauce containing an acid—like vinegar or lemon juice—for 60 minutes or longer before putting the protein on the grill. One study showed that chicken that marinated in an acidic sauce for an hour contained nearly half the number of AGEs of chicken that wasn’t marinated. Also, whether you’re using a gas or charcoal grill, the more you can keep the food out of the direct flames, the better.

Roasting is similar to baking in that it relies on an oven’s dry heat. However, with roasting, temperatures usually reach 400 degrees Fahrenheit or above—and the cooking time is shorter. A shallow roasting pan or sheet pan is used, and food is cooked uncovered. The outside of whatever you’re roasting browns, while the inside stays moist and tender. This is what makes roasted chicken and vegetables so delicious.

Similar to grilling, the downside of exposing foods to high heat is that it can compromise their nutrients and produce unhealthy compounds (AGEs) in some foods. The upside: Roasting can make many foods taste better. If, for example, you don’t like cauliflower and won’t eat it unless it’s roasted, it’s better to roast the vitamin- and fiber-rich, cruciferous vegetable than not eat it at all. Additionally, if you struggle with digestive issues, such as irritable bowel syndrome, ulcerative colitis, or Crohn’s disease, cooked produce is often tolerated better than raw because the cooked versions are easier to digest, according to holistic gastroenterologist Dr. Albert Snow.

Sautéing is a cooking technique in which food that has been cut into small pieces is tossed around in a small amount of fat, such as oil or ghee, in a skillet on the stovetop over a medium-low to medium heat. The word sauté comes from the French verb sauter, meaning “to jump,” which describes the tossing action of the skillet as well as the way the food “jumps” in the hot pan. The outside of the food browns quickly and the inside is just cooked through.

Slender sautéing calls for using a tablespoon or two of liquid, such as broth, wine, or water, in place of a fat in a nonstick skillet.

Sautéing can be a healthy way to cook proteins, like shrimp, and all kinds of produce. One study found that sautéing vegetables in extra-virgin olive enriched them with phenolic compounds (phytonutrients) transferred from the oil and increased their antioxidant capacity.

You’d be hard-pressed to open any cooking-related site on the internet these days and not see a mention of the increasingly popular French term sous vide, which translates as “under vacuum.” This relatively new cooking technique, which was pioneered by French chefs in the early 1970s, calls for cooking food in a vacuum-sealed bag that’s placed in a water bath in a temperature-controlled environment.

Sous vide foods can be healthy because the longer cooking time and lower temperatures develop and enhance the natural flavors in the food without extra salt or fat. Additionally, vacuum-sealing the food eliminates evaporation and keeps all the vitamins and minerals locked in.

Using the sous vide method, you can perfectly poach an egg. You can also take inexpensive and tough meats, such as chuck roast, brisket, or pork roast; cook them to medium-rare, and keep them at a constant low temperature long enough to melt the collagen, is what makes them tough. The result is a tender piece of meat. Oftentimes, following the sous vide process, proteins like pork or steak will be quickly finished in the oven or in a pan to give them a light crust or sear on the outside.

Proteins aren’t the only foods you can sous vide. Root vegetables such as carrots and potatoes, asparagus, green beans, broccoli, Brussels sprouts, fennel, onions, and many other vegetables cook to perfection using this method. The precisely heated water bath helps retain the vegetables’ inherent flavors while also locking in their rich hues.

You can find the bags or pouches and sous vide machines at most local or large cooking supply stores, such as Williams-Sonoma—or on Amazon. Most sous vide machines are digital and require just a few taps to program. As for the vessel to hold the water? A large soup pot or any large heat-safe container will work. The correct time and temperature will vary from recipe to recipe.

Steaming creates a consistent flow of hot air around food. Health experts laud it as one of the healthier ways to cook food because it requires no additional fats, it helps conserve nutrients, and it’s less prone to overcooking or burning, so long as you use enough water and remember to set a timer.

Steaming is most often used to cook vegetables, but you can also steam fish, chicken, and other proteins. Typically, a perforated basket suspends cut food above simmering water or broth that’s in a pot with a lid. The food is never submerged in the liquid, which means the nutrients stay in the food.

A study of the effects of five different cooking methods on the health-promoting compounds of broccoli found that steaming was the most effective method for preserving chlorophyll, vitamin C, soluble proteins, soluble sugars, and total glucosinolates, which have a host of beneficial effects, such as regulating inflammation, stress response, metabolism, and antioxidant activities.

Research has also shown that steaming fish instead of boiling it eliminates more cyanotoxins, which can cause adverse health effects, ranging from mild skin rashes to liver and kidney damage.

Which Method Is Healthiest?

The cooking technique you choose to make your healthy meals will likely depend on what food you’re cooking and what the recipe calls for. There really isn’t one method that is healthier than all the others.

However, when it comes to vegetables and fruits, nutritionists and researchers seem to agree that steaming will keep the most nutrients intact. And although it may make food taste good, frying is one of the least healthy cooking techniques because the high heat and submersion in oil depletes foods of their natural nutrients while loading them with unnecessary fats. Thankfully there are many alternative recipes out there for foods that are traditionally fried, such as French fries, that call for baking or other healthier cooking methods. 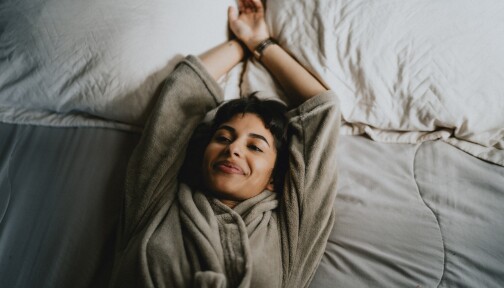 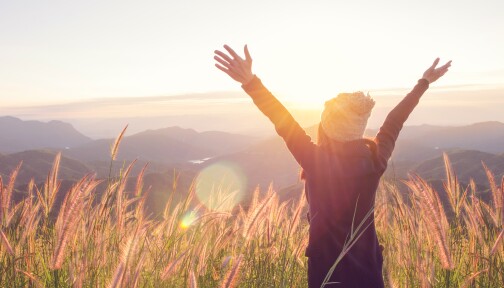