5 Ways to Reduce Your Carbon Footprint with Gardening

Whether you are an avid gardener, a rookie gardener, or are tinkering with a container garden on your patio—you have a number of opportunities to make a difference in your personal health and the health of the planet.

We’re living in a time when humans are pumping extraordinary amounts of carbon dioxide (CO2) and other heat-trapping greenhouse gases in the atmosphere by burning coal, oil, and natural gas in power plants, motor vehicles, homes, and factories—and have been doing so for the past 250 years. Globally, humans cause the emission of 15 million tons of CO2 per day, according to the University of California San Diego’s Birch Aquarium. More than any other time in human history, it’s extremely important to find ways we can reduce the use of these fossil fuels that are causing a rapid increase in the earth’s average temperature and irreparably disrupting our climate.

Countering some of the effects can begin in your own backyard with your garden. Why? One reason is growing our own food reduces the miles it takes for the food to get to your plate, thus reducing carbon emissions through transportation, packaging, and storing. According to the National Wildlife Federation report, there are 91 million households involved in gardening and lawn activities in the United States. With so many people already engaged in this activity, gardeners make for perfect environmental stewards in creating positive change. Here are five ways you can reduce your garden’s carbon footprint.

What’s the best way to start an environmentally friendly garden? The simplest way to begin is to reduce the use of, or replace, nitrogen fertilizer recommends David Wolfe, in Verdant Views - The Magazine of Cornell Publications Issue 5 Summer/Fall 2013. This is “the lowest hanging fruit of greenhouse gas mitigation,” Wolfe explains. As a professor of plant and soil ecology in the Department of Horticulture at Cornell University, his research shows some alarming results. Wolfe continues, “Synthetic fertilizers increase a garden’s carbon footprint because they are energy-intensive to manufacture, but the overuse of either synthetic or organic fertilizers releases some of the nitrogen into the atmosphere as nitrous oxide, which has 300 times more warming potential then CO2.”

Additionally, the American Chemical Society agrees, as it reports “nitrogen pollution from fertilizers and other sources has become a major environmental problem that threatens human health and welfare in multiple ways.”

Wolfe provides the following recommendations on how to reduce the amount of nitrous oxide released from your garden.

If you must use synthetic nitrogen fertilizer, choose urea over ammonium sulfate or ammonium nitrate. (Urea produces less greenhouse gas emissions and is more slowly released in the soil, making it more available to the plants as they grow.)

Another important change you can make is to reduce or avoid using gas-powered tools in maintaining your yard. According to the U.S. Environmental Protection Agency, “54 million Americans mow their lawns each weekend, using 800 million gallons of gasoline per year in the process.”

In fact, an article by People Powered Machines reports “one gas mower running for an hour emits the same amount of pollutants as eight new cars driving 55 mph for the same amount of time,” stated by the Union of Concerned Scientists. And it’s estimated that weed eaters and leaf blowers pollute even more.

As an alternative, seeking out battery-powered or human-powered tools like push mowers, rakes, and hand-clippers are the way to go. If that doesn’t seem realistic, replacing parts of your lawn with groundcover or native wildflower patches are great low-maintenance and visually appealing alternatives to reduce gas-powered gardening tools, suggested by the Gardeners Guide to Global Warming.

3. Turn Your Garden into a Carbon Sink

Not the typical sink we’re used to, but a new way to utilize gardens in the direction of doing some global good. What is a carbon sink? Wolfe explains in Verdant Views - The Magazine of Cornell Publications Issue 5 Summer/Fall 2013,“As plants die and decompose, much of their carbon becomes part of the soil’s organic matter sequestering carbon there instead of releasing it into the atmosphere as CO2,” turning gardens into natural systems that suck in and store carbon dioxide from the atmosphere.

He suggests tilling less because the act of tilling breaks up connections in the soil and releases CO2 into the atmosphere. Leaving the ground undisturbed supports the hardworking earthworms in moving 20 to 30 tons of soil per acre per year! This is a natural tilling process that does not cause rapid carbon release. You can also use cover crops—a crop planted for nourishment and protection of soil—that have deep root systems and can crowd out weeds while moving organic matter deep into the soil.

The National Wildlife Federation references a study done by the city of Irvine, California, that found “the energy used to deliver water was second only to the fuel consumed by the service vehicles of municipal landscapers—and far more water is lavished on private gardens than public landscapes.”

You can reduce water consumption by:

Any of these actions will help your plants get the moisture they need without wasting water.

Composting can keep materials such as food scraps and yard waste from taking up space in landfills where they release the powerful greenhouse gas, methane—a heat-trapping gas 84 times more potent than carbon dioxide according to The Environmental Defense Fund. To get started on your own backyard composting adventure, The U.S. Environmental Protection Agency shares some basic tips to help you get you going.

When it comes to your garden, "The fundamental rule of thumb should be to recycle everything from the garden back to the garden, except of course what you are harvesting," says Wolfe. Compost is essential not just for recycling trace elements but also for replenishing the organic matter in the soil.

To all gardeners—new and seasoned, young and old, teetering and trying—you have a unique ability to be a part of the solution to climate change. There are many ways you can make a difference with sustainable gardening practices and it begins with starting one! As Wolfe emphasizes, “Gardeners can’t solve the problem of global climate change alone.” But gaining an awareness of the challenges helps you grasp the larger implications of climate change happening worldwide. 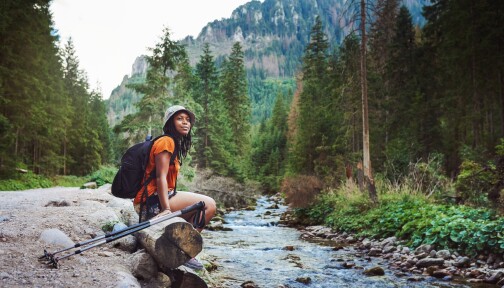 How Nature Helps Solve Any Crisis

Fall in Love with Nature 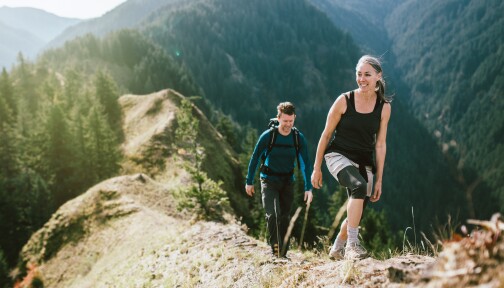 Waking Up from the Dream: 10 Tools to Experience Your Non-Local Self