5 Foods That Improve Memory and Focus

What would your life be like if you had a spectacular memory and could remember everything you ever read, heard, or saw? That is not reality. With so many distractions, it’s easy for your mind to wander and lose focus, which can also be called “brain fog.” Because of that, you become forgetful. But what if your short- and long-term memory and overall brain health were something you could improve?

With the rising rates of dementia and Alzheimer’s disease, it’s more important than ever to keep your brain and memory strong. It’s documented that more than 50 million people worldwide suffer from dementia, and it’s projected to rise to 82 million by 2030. In the United States, 5.7 million people are estimated to be living with dementia, and 60 percent to 70 percent of those cases are Alzheimer’s. Those are staggering numbers. Don’t you want to do everything you can to improve your memory and protect yourself?

Some Foods and Drinks to Limit or Avoid

Before diving into the foods that improve memory and concentration, let’s quickly chat about foods to avoid. In Dr. David Perlmutter’s book Grain Brain, he writes that gluten, processed carbs, and sugars are wreaking havoc on the brain. He explains, with scientific evidence, that these foods can contribute to something as simple as a basic headache or full-blown Alzheimer’s disease.

Did you ever think your daily morning scone could be the reason you are forgetful as you age? Or your sugar-laden coffee drink? Consuming too much alcohol can lead to short-term memory loss and blackouts, which you may know if you’ve ever had one too many drinks. But heavy drinkers are much more likely to experience memory loss in the long term. Keeping the alcoholic beverages to a minimum will have a positive impact on the brain as a whole and specifically when it comes to your memory.

In addition, consuming too many processed foods that are void of nutrients and full of chemicals will impact brain health negatively. And eating fish that are contaminated with mercury are also good to avoid for maintaining a good memory. Fish like swordfish, tuna, shark, and mackerel are examples of high-mercury fish and salmon, shrimp, oysters, and scallops are fish found to be lowest in mercury.

But what can you eat to improve your memory? The five foods below have been shown to not only boost brain function but also help prevent degeneration of the brain. These are foods that will help keep you focused and your memory sharp.

How to use: It’s important to know that since coconut oil is a saturated fat, it solidifies at room temperature. Melting it before use or using it in cooking preparations is best. You can stir it into your oatmeal, coffee, or use it as a cooking oil.

Rosemary is so much more than an herb to add flavor to your food. It’s commonly used in cooking, but carries medicinal properties that have been recognized outside of the kitchen. It’s medicinal for the body in many ways but, specifically, for the brain and memory. There is an active ingredient found in rosemary called carnosic acid. This acid functions as an antioxidant that helps prevent free radicals. Another compound in rosemary called carnosol acts similar to carnosic acid. These two antioxidants work as powerhouses to slash oxidation to lipids, which means the fat cells won’t oxidize and change negatively. The brain is mostly fat, so when carnosic acid and carnosol prevent the oxidation of fats, it protects the brain from neurodegeneration. When the brain stays healthy, the memory stays intact. Who knew rosemary was so medicinal for the brain?

How to use: Clearly rosemary is used in cooking preparations, but it can be used in other ways as well. Steeping rosemary in hot water for rosemary tea, using rosemary essential oil, or just adding a sprig or two to homemade soup are easy ways to start incorporating it into your diet. It’s a tough, fibrous herb that can be a turn off to some people texturally. But chopping it up small or infusing it into your teas or soups are both great ways to get your rosemary in!

Turmeric seems to be good for just about everything these days. So how does it benefit the brain and memory? Memory issues and neurodegenerative diseases like Alzheimer’s and dementia are commonly caused by inflammation and oxidative damage. The active ingredient in turmeric, known as curcumin, has many neuroprotective properties.

With the antioxidant, natural anti-inflammatory, and anti-amyloid properties that curcumin brings to the table, turmeric is a fantastic spice to keep the brain healthy and the memory sharp.
How to use: Turmeric is a spice that can be added to many dishes. It’s savory in flavor and commonly used in Indian cooking. You can also make turmeric tea or take turmeric capsules to make consumption easier. Turmeric lattes are becoming increasingly popular, and you can find the spice readily available in any grocery store. Keep in mind that consuming turmeric with black pepper is most beneficial. Research shows that consuming turmeric with black pepper increases the absorption of curcumin by 2,000 percent!

Have you ever looked at a walnut in its natural state? It has a hard outer shell and the walnut itself has two sides. If you think about it, a walnut looks exactly like a brain inside of a skull! It’s no wonder that walnuts are beneficial for brain health. It’s like nature is telling you what to eat for what organ. Pretty cool, right?

Walnuts are loaded with phytochemicals and also have antioxidant and anti-inflammatory properties similar to the other memory-boosting foods listed in this article. But what’s even cooler about walnuts, and what makes them beneficial for memory and brain health, is that they improve the signaling between your brain’s neurons, which are responsible for every thought and motion you make. If the signaling between your neurons is faulty, then motor skills are lost and memory declines—which are both symptoms of dementia and Alzheimer’s disease. Walnuts also increase neurogenesis, which means that healthy tissues in the brain are formed. When new tissues are formed, it will prevent degeneration of the brain that leads to memory loss.

How to use: The most obvious way to consume walnuts is to just eat them! It’s a nut you can snack on any time of the day. You can also use walnuts in pestos, throw them in your smoothie, or make homemade walnut butter. Walnuts are also great in homemade trail mix!

Olive oil is another healthy brain food. It’s popular in the Mediterranean diet for good reason. It’s loaded with monounsaturated fat and has anti-inflammatory properties that are beneficial for brain health. Extra-virgin olive oil has such strong anti-inflammatory properties that it’s as powerful as taking ibuprofen for inflammation! That’s some powerful food as medicine.

Olive oil also contains antioxidants that are known as polyphenols, which have been shown to be beneficial for reducing age-related changes in learning and memory in mice. A study was done with participants from Barcelona, Spain, who were assigned a Mediterranean diet that was supplemented with olive oil. This study showed that the participants experienced improved cognitive function, aka better brain functioning!

How to use: Olive oil can be used in any cooking preparation and is also great used in homemade salad dressings. You can drizzle it over a plate of fresh pasta or use it in homemade pestos. The more olive oil you can get into your daily diet, the better!

These five brain foods are all common foods that you can incorporate into your daily diet with ease. If you notice a trend, the five foods are healthy fats or herbs/spices. The brain loves fats because the brain is mostly fat. Herbs and spices have more medicinal properties than people even realize, so many of them like turmeric and rosemary provide much more benefit than flavor in a meal. The evidence is clear for brain health and if you want to keep your memory sharp, these five foods are the ones to eat.

Want to learn how to stay energetic and balanced all year long? Learn Deepak Chopra’s simple practices to tune into the healing wisdom of nature and thrive, with our self-paced online course, Secrets to Vibrant Health. Learn More. 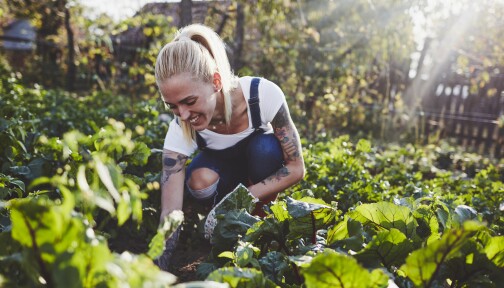