It’s a sign of the times that the word “awakened” has made it into the urban dictionary, where it is defined as “spiritually aware of the universe and [its] direct metaphysical connection to one’s own being and the connection it has to all life forces.” It is so mainstream, in fact, that political candidate Marianne Williamson has made part of her platform a call for “moral and spiritual awakening.”

According to Deepak Chopra, awakening happens when you are no longer living in a dream world where you filter everything through your ego and focusing on the future and the past. Instead, you have an almost simultaneous awareness of your individual self and the connection between that and everything else.

Take, for example, the metaphor of a wave in the ocean. You are the wave, and you are the ocean. The ability to maintain both separation and connection seems to indicate a different level of spiritual evolution.

When you look across faith traditions, there is a common thread that describes this state as nirvana, enlightenment, or awakening. This consciousness happens when you stop being the observer, and instead you ask yourself, who is observing?

For example, think about being engrossed in a movie—your emotions and physiology behave as though you are in deep space with Luke Skywalker or with Dorothy when she stands up to the Wicked Witch. In that moment, the experience of the movie feels real—your heart races, you feel excited, scared, or hopeful. Then your phone rings or the person behind you coughs loudly, and you are brought back to a different reality: you are sitting in a movie theatre sharing the experience of space travel or yellow brick roads with others.

When asked to think of awakened people, names like Mahatma Gandhi, Buddha, and Jesus come to mind. Or perhaps Mother Teresa or Nelson Mandela. These inspiring figures might lead you to believe that being awakened is akin to being perfect. If so, try to think of more relatable examples of individuals who are awake. It helps to see examples of people who are simultaneously flawed but striving to live a good life with a focus on the greater good.

A few that come to mind are:

People who model being spiritually awake but not perfect are what is needed to make being awakened feel possible.

So now that you have a few examples of awakened people, let’s focus on how you can tell whether or not you are having an awakening. The following are 10 signs of spiritual awakening.

One of the first signs of awakening is noticing. You may be going through life on autopilot without giving much thought to who you are, what you want, and why you are here. Having these questions pop up is like turning on a light in a previously dark room. If you are aware that you are witnessing how you do life, you may be asking yourself:

The first step in growth is always the awareness of the present moment followed by an impulse to change something.

2. Feeling a Sense of Connection

Connection comes from shared humanity. This can occur when:

Think about your true self as your pulse. Over the years, you take on beliefs or descriptions about yourself based on what your parents, your friends, the media, and even science tells you. Look at each belief as a veil.

Every layer is another bit of fabric. Once you become aware of the veil, it becomes transparent. Still there but you can see right through it.

Think of inner peace as being unflappable. It doesn’t mean that things don’t go wrong in your life, it just means that when things do go badly, you aren’t on an emotional roller coaster of anger, frustration, or despair.

The Dalai Lama describes inner peace like stubbing his toe—he still experiences an emotional charge, but it is fleeting. Inner peace is like a magnifier of positive emotions and a wet blanket over negative ones.

Find inner peace 24/7. Download the Chopra App for personalized well-being guidance you can access whenever you need it.

Have you ever thought of an old friend from high school only to run into them in an airport the next day? Have you ever heard your phone ring and known it was your mother before looking? Have you ever felt an immediate and irrational dislike for someone or experienced the feeling when first meeting someone that you already know them?

These are all signs of intuition. If thoughts, objects, and individuals all have energy, spiritually awoken human beings seem more apt to connect with this energy on a regular basis.

Along the same lines as intuition, there is that feeling that the universe is conspiring to make something happen. Your new neighbor has a San Diego license plate, and your barber mentions they were just in San Diego last weekend, then you turn on the TV and a San Diego tourism advertisement is playing. Some might call this coincidence, but others believe that these subtle signs are guiding you.

I once registered for a conference that I wasn’t really sure I could afford only to make a connection with two business leaders I had admired for years. Ultimately, this led me to a fabulous new contract and some connections I could have never made if I had not registered. If a single act has triggered a chain of events that feel like destiny, you just might be awakening!

Empathy is your ability to feel what others are feeling, to try on a new perspective. Compassion is an action that is inspired by your empathy. It literally means “to suffer with.” People who are in the process of a spiritual awakening begin to notice both a more all-encompassing empathy and a more action-oriented compassion that feels normal, natural, and fulfilling.

If you are experiencing the above components, you are on the path toward spiritual awakening.

A wise teacher, Barry (Bears) Kaufman, once said that all fear is really a fear of death. All fear decreases generally as an individual becomes more awakened. This might be due to the lack of attachment. Your own demise seems less tragic when you focus on living in the present and stop worrying so much about the future or regretting the past. When consciousness is seen as transcending a physical body, the loss of this body feels less tragic. Seeing death as inevitable, as part of your process, allows for peace and removes fear.

With an awakening comes confidence and a deep sense of self-worth. Gone is the need to conform to cultural norms or remain politically correct. Instead, a real complete sense of satisfaction with who you are and the choices you make abounds.

Although many awakened people are influencers, they don’t aspire to have followers. People like Jay Shetty and Eckhart Tolle have massive followings because of how they show up in this world, not because they know a magical Instagram algorithm. The act of being themselves is one of their most appealing traits. With the recognition that it is not their job to please others, to avoid stating unpopular opinions, or to tread gently around the way others choose to feel comes an energy that is attractive and feels secure to be around.

Awakened people have a level of well-being that seems to be more consistent. You know that there is a mind-body connection, which translates to people who are happier are also healthier.

It is interesting to note that research in the field of positive psychology is very similar to studies of awakened individuals. In positive psychology, the domains of the theoretical model of happiness called PERMA (positive emotions, engagement, relationships, meaning, and accomplishments) are all strengths of the awakened. Likewise, one researcher, Sonya Lyubomirsky, found a deep connection between happiness and success across multiple life domains, including marriage, friendship, income, work performance, and health. In science, this is known as flourishing.

Practices to Assist in Your Spiritual Awakening

For those of you reading this and feeling like you have had hints of awakening but want to open yourself fully to its potential, here are some recommended activities:

As Eckhart Tolle says, “You find peace not by rearranging the circumstances of your life, but by realizing who you are at the deepest level.”
Spend time focused on becoming yourself fully.

Find balance anywhere, anytime, with the Chopra App. Download it now for guided meditations and personalized practices at your fingertips. 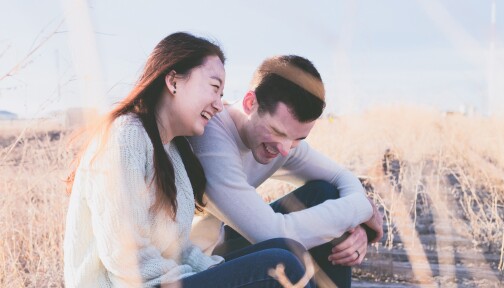