10 Female Archetypes and Leaders to Inspire You

For women in the 21st century, it can be hard to find a strong feminine role model. Although you may have strong mothers, grandmothers, and sisters, in this stage of evolution you may be working on goals that are often misunderstood by your living ancestors. This is where your chosen female heroine or archetype comes in.

An archetype isn’t defined by any specific characteristics. An archetype can be anyone who has a trait or traits that you admire and would like more of in your life. You can draw inspiration and strength from them and even celebrate their achievements as your own. The following women are some of my personal favorites along with a few others who may inspire you.

Born in 1871, Florence defied what was considered normal for the American woman and for American religion. She took her intuition and passion for changing the world into her own hands and began to write. She shared her knowledge of universal love and empowerment even though it went against everything that was expected from a woman of her time. Her first book The Game of Life and How to Play it established her as a spiritual leader offering advice for how to empower yourself through a positive attitude.

Empower Yourself Through Florence:

Princess Diana showed young girls and women of the world that even though she lacked nobility, anyone could wear a crown. Not only did she wear a crown, she used it to empower the distressed, poor, voiceless, and sick. Her life became a solid stance of motherhood to not only her own boys but also to the world. Many felt they personally knew the Princess of peace and love, and wept as though she was family in her last hour.

This is a woman of pure feminine and equal rights power. Angela was, and still is, a strong force in fighting for equal rights of the black American population. In this fight she learned that women of all races felt as though they were not equal. This awareness drove her appetite for feminism and other equal rights as well. She was a professor and despite the fact that she could (and did) lose her job this didn’t stop her from speaking publicly against war, racism, sexism, gay rights, and the prison industrial complex situations. Her time in prison did not stop her, nor did public criticism. Angela is certainly one of my favorite female heroines, taking a stand on any and all oppression without letting fear of the consequences rule her.

Since the birth of her baby, Mary has been viewed as the ultimate feminine essence in many religions. Both Christian and Islamic cultures hold Mary in high regard. In fact, Mary is the only woman called by name in the Quran. Although neither religion views Mary as divine or in the same respect as Jesus, she is the prototype of a chosen female archetype in their views.

Catholics have devoted more thought, time, and prayers to Mary than any other religion. She was the virgin (pureness), the mother (nurturing), the wife (balance for the male energy), and the angel (thought of as earthly flesh saved). Mary, the bearer of the Messiah, became viewed as the best of all that a female could represent.

In the Ancient Egyptian Kemetic System, Auset is the mother goddess. She is valued for her knowledge in agriculture, magic, and loyalty. She is also known for being a devoted wife and for her motherly love. This story may be thousands of years old but we can certainly still relate to Auset today. The people loved her and her husband Ausar for all that they provided to the community. Sharing their knowledge in crops, magic, and personal spirituality they were admired and appreciated by all.

In one story, Ausar’s brother cut him into pieces then spread him across the earth. Auset, being a devoted wife, gathered the pieces and used her magic to bring him back to life. Their son Heru was born through the use of magic, in a story similar to that of a virgin birth. In the Kemetic knowledge, Auset is known as the mother of all the earth.

This Hindu goddess of time, change, and destruction is a woman not to be messed with. She is best known for her time of rage, killing masses when her husband lay down to stop her. So enraged she didn’t even notice him lying on the ground and stepped on his chest. Her foot on his flesh is what calmed her when she saw it was her love she was hurting. This temporarily ended her killing spree.

Storm is a descendant of an ancient line of African priestesses. While she has many great attributes, she is widely known for her ability to control the weather. She is great at teamwork although often doubts her leadership abilities. Her story shows that even when in doubt you can guide a team into greatness when your intentions are caring. She has the ability to fly, using the wind to carry her. She also has a great connection with all of the creatures and plants of the earth. Her downfall is that her powers are also triggered by emotions, causing havoc when she’s upset.

Weather the Storm With Ororo:

In the Marvel comic series, Mystique is the shape-shifting mutant who can mimic the appearance of anyone. She is great at strategizing and planning out her goal. Although a villain, most of the time you can’t help but love her ingenious enterprise.

Ambassador, actress, loving mother, wife, badass, sex symbol, peace advocate, humanitarian, and award winning since 1998. It’s not hard to find something to admire when it comes to Angelina.

From A to Z with Angelina:

Yes, Oprah is a successful talk show host, actress, producer, and philanthropist. But those aren’t the reasons to put Oprah at the top of your living archetype list. It’s her strength, passion, determination, and giving spirit that draws people in.

Positive thinking, vibrations, energy, meditation, and spirituality have guided Oprah in times of hardship and happiness. She has always been quite vocal about her truth and struggles. When in doubt of who to turn to for guidance, she is easy to find. Oprah’s heartfelt guests and personal words are inspiring to say the least. Also check out the Oprah and Deepak 21-Day Meditation Experience. With Oprah and Deepak in your ears, you won’t have to look far in your search for a momentary archetype. 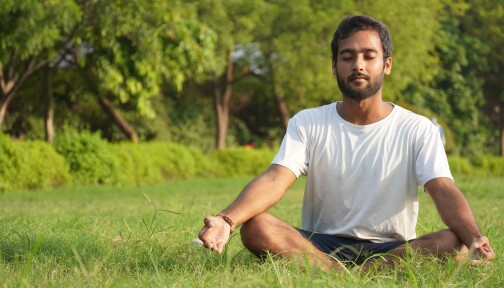 A Meditation for Inspiration and Clarity